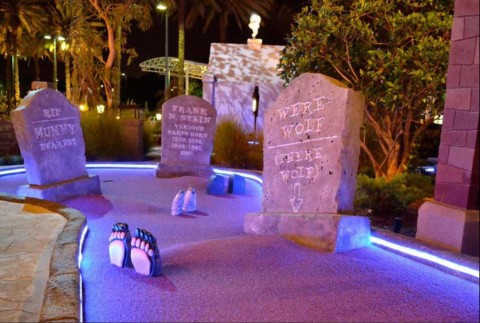 Tennis can be an exhausting, hours-long journey into the depths of your own soul. But, if you miniaturize it, it’s a delightful activity found in game rooms, dorm lounges, cruise ships, and campgrounds — table tennis.

Golf, similarly, can be a intense and unforgiving slog through an impossibly designed piece of horticulture that could otherwise be a lovely public park. But, if you miniaturize it, suddenly it becomes an amazing leisure activity.

There’s just something about mini golf that makes you feel like you’re on vacation, right? Perhaps it’s the themed courses or the whimsical holes, but there’s just something inherent to the activity that helps you forget all of your cares. Orlando, as a great tourist destination, has nearly as many mini golf locations as it does hotels — some of which even offer their own 9-hole course.

But, while there are many, only a handful are really, truly excellent. Let’s take a look. 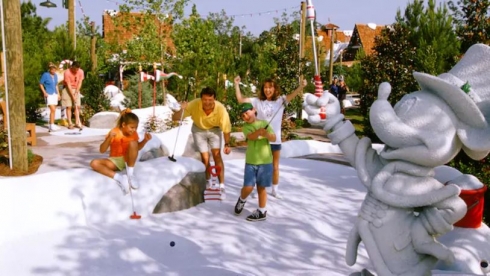 Yes, Disney has a mini golf course. It has a few, in fact, and they’re every bit as well-designed and delightful as you’d expect from the kings of themed entertainment.

Winter-Summerland has two courses — one for winter, and one for summer — which each imagine what Santa Claus gets up to during those particular months. In addition to the standard mini golf holes, there’s a distinct emphasis on animatronic mayhem here — with fun gimmicks and mechs to keep you entertained.

The two courses can get a bit busy, with waits for tee times sometimes approaching an hour. That’s particularly strange since it can be somewhat difficult to get to — it’s located just outside Blizzard Beach. But, nevertheless, the wait is worth it at this wonderful and whimsical location. 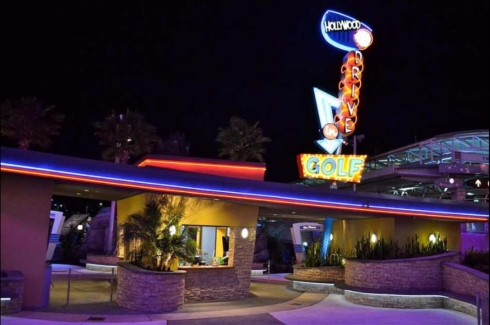 If you get to Universal Orlando and have your eyes dead-set on conquering Harry Potter and the Forbidden Journey or Revenge of the Mummy, you might walk right past one of the best mini golf courses in the world without even knowing it’s there.

Located just at the beginning of Universal CityWalk — the Hollywood Drive-In Golf course actually features two cinematically-themed courses. One, “The Haunting of Ghostly Greens,” is modeled after classic horror films of the 1940s and 1950s. The other, “Invaders from Planet Putt,” takes after mid-century sci-fi films.

Both courses are hilariously well-thought out, with clever homages to the film genres upon which they’re based — and Universal put enough money into the courses such that both really stand out as unique in the world of mini golf.

Much like the Disney courses, expect waits on the course while others take pictures with the mechanisms and conquer the difficult greens. But hey, you can’t get too mad — you’ll want those pictures yourself. 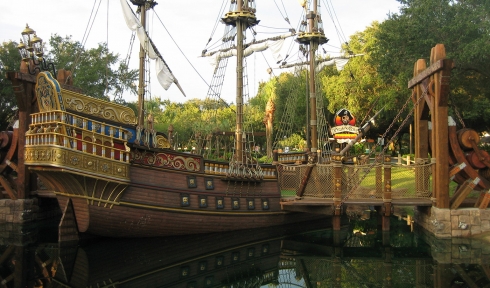 There are a few Pirate’s Cove locations around the Orlando area, and you can’t go wrong with any of them.

One location — just outside Disney Springs — can be seen from I-4 en-route to Disney, so you almost certainly have seen it before. And yes, it’s totally fun and worth the visit. If you’re staying on Disney property, it’s a very short Uber/Lyft/Taxi ride away — and, once you’re there, it’s in the same shopping center as a few chain restaurants if you want to make a night of it.

Another location, on International Drive near the famous Wheel at ICON Park, is even better. In part due to its more distant location on I-Drive, as well as the larger footprint, this Pirate’s Cove Adventure Golf has just a slightly nicer selection of holes and a bit better theming.

Regardless, you can’t go wrong with any location — Pirate’s Cove is a classic mini golf experience.