Wondering Where Star Wars: Galaxy's Edge Might Take Us Next? 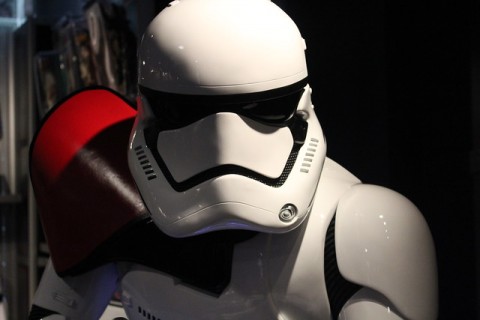 Rave reviews are already pouring in for Star Wars: Galaxy’s Edge. There’s no doubt that this new land at Disneyland and Disney’s Hollywood Studios is going to be a huge success, and the future looks very bright for the presence of that galaxy far, far away in Disney parks.

We already know quite a bit about what is coming in phases two and three for Galaxy’s Edge, starting with the opening of the highly-anticipated attraction, Rise of the Resistance. Other upcoming arrivals will include a sit-down restaurant which could take character dining in exciting new directions, as well as the opening of a Star Wars role-playing experience set in a themed resort.

As we’ve seen with the continued expansion of The Wizarding World of Harry Potter at Universal Studios, we can’t help but wonder where might Star Wars: Galaxy’s Edge go next. With the extreme high-demand this land has already produced, you know Disney will be exploring opportunities for expansion in the future including new attractions and experiences.

We’ve talked before about how setting Galaxy’s Edge in the remote pre-hyperspace hub of Batuu was a genius move-- a place where almost any story in the Star Wars universe could connect. Resistance fighters, First Order loyalists, bounty hunters, merchants, and seedy galactic fringers have all been drawn to the Black Spire Outpost. We’ve even already seen hinted references to the Old Republic in some of the merchandise available in Dok Ondar’s Den of Antiquities—significant considering rumors that a Knights of the Old Republic film or TV series is in the works. There are just so many possibilities for how Galaxy’s Edge could expand in the future.

Time for a bit of shameless speculation. Where do you want to see Galaxy’s Edge go next once the phases we know about are complete? Here are a few ideas to ponder…

1. A pod-racing or swoop bike attraction 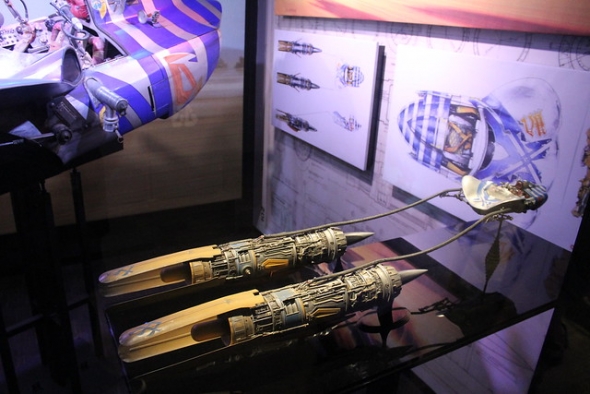 Long time fans of both the Star Wars films and expanded universe will be familiar with the fact that racing is serious business in the Star Wars universe. Indeed, considering the technology used for Avatar: Flight of Passage, it seems like some sort of racing simulation attraction would be a logical next step for a third Galaxy’s Edge ride.

Consider young Anakin Skywalker’s epic podrace to win his freedom from slavery in The Phantom Menace. We learn that during the time of the Clone Wars, podracing was an illegal but extremely popular form of racing in the galactic Outer Rim. This one scene inspired a number of arcade and console video games, and it doesn’t seem far-fetched that if a backwater world like Tatooine had a podracing scene, Batuu might still just have the same. This could easily make for a great attraction based on a familiar classic.

Another example that steps away from competitive racing is the famous speeder bike chase from Return of the Jedi. We’ve already seen Elite Speeder Bikes make appearances in the new Star Wars trilogy, and an attraction involving escaping from the First Order or local gangs on speeder bikes seems like a simulator experience waiting to happen. It could even be themed around something as simple as speeder bike training for new Resistance recruits. 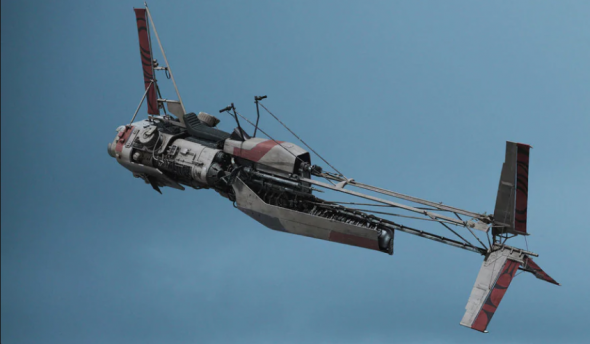 Less well known is the prevalence of another absurdly-dangerous form of racing in the Star Wars universe: swoop bike racing. Of all the possibilities, we’ll admit this is the one we’d love to see the most. Swoop bikes are basically described an “an engine with a seat”. Unsurprisingly, Hondo Ohnaka’s gang of Weequay pirates used the dodgy things regularly in the Clone Wars series, and swoop bikes even showed up in Solo: A Star Wars Story as the favored vehicle of Enfys Nest and her Cloud Riders. It wouldn’t be difficult to expand on Millennium Falcon: Smuggler’s Run with an attraction that requires users to do a swoop run for Hondo with plenty of blaster-firing baddies on your tail. Alternatively, another plausible story could involve getting Resistance intel across enemy lines while careening across Batuu on one of these sketchy-sketchy bikes. Make sure you don’t crash into anything or kick it too hard. In world, swoops are known to explode.

It would be awesome to see an attraction that utilizes the Flight of Passage technology, for pod racing!!