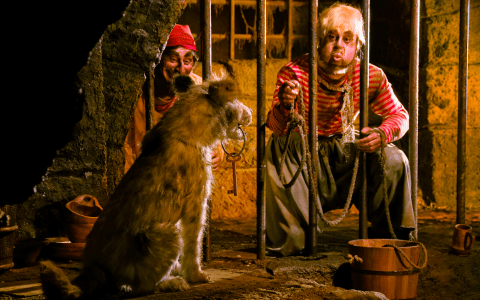 We place certain expectations on our visits to the Disney theme parks. We’ve all seen the glamorized promotional material: children running slow-motion to meet Mickey underneath Cinderella’s Castle, the delighted faces of parkgoers hurtling around a corner on Big Thunder Mountain Railroad, the sparkle in a parent’s eye as they take in the fireworks with their child.

For the most part, the parks live up to their well-earned reputation. Guests aren’t wrong to assume that they’ll be kept in relative comfort, happiness, and safety while they roam through Fantasyland or World Showcase or Pandora: The World of Avatar. After all, the parks aren't just known for their top-shelf attractions, entertainment, and eateries; they also pride themselves on exceptional customer service. Cast members regularly go above and beyond to make sure that every aspect of the parks runs as smoothly and pleasantly as it can under their control.

But, for all the fantasy Disney works so hard to engineer and maintain, it’s as much a part of the real world as any other place—and once in a while, that means things are bound to go haywire. Crimes, tragic accidents, even deaths have and will continue to occur at the Disney Parks. Disney itself isn’t immune to people looking for ways to exploit the system or wreak a little havoc, and even the most well-intentioned guest or conscientious cast member isn’t capable of preventing mishaps in every situation.

Over the last six decades or so, guests and employees alike have seen some crazy crimes go down at the Happiest Place(s) on Earth, from bomb threats to accidental firearm misfires to robberies gone wrong. Here are some of the weirdest ones we’ve heard…

The very first robbery in Disneyland was faked. 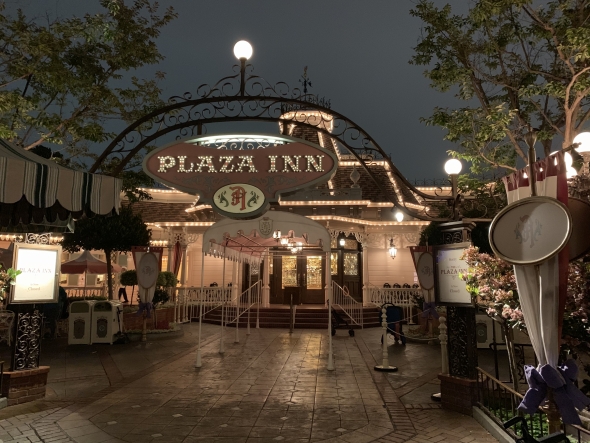 Disneyland lived up to its pristine, family-friendly reputation for the first five years following Opening Day, but in the summer of 1960, its first real threat materialized when a 25-year-old cashier claimed he had been forced to hand over $10,000 to an armed robber.

A regular employee at the park’s Red Wagon Inn, he was transporting the cash to a local bank to make a deposit. The robbery allegedly happened one night as he walked through the usual crowd of park guests.

“Someone walked up behind me,” he told the papers, “stuck something in my back and told me to do as I was told and I wouldn’t get hurt.”

Something about his story didn’t sit quite right with local law enforcement—maybe the idea that a guest would be brazen enough to wield a firearm in the middle of a crowd, or maybe some smaller inconsistency with his report—and two days later, he took and failed a lie detector test. The man soon confessed his crime and led police to a women’s clubroom in the restaurant, where the missing $9,600 was found and returned safe and sound.

Disney narrowly avoided a dangerous explosion when a bomb was found in Frontierland. 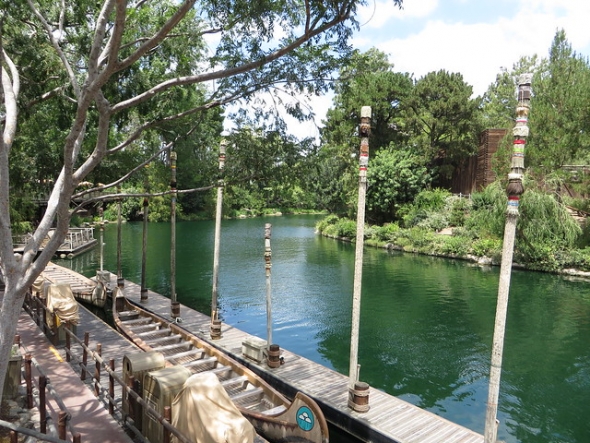 Plenty of guests have tried, seldom successfully, to extort Disney in the past, but few have caused as much mayhem as the anonymous telephone caller who tipped the company off to a bomb that had been planted in a Magic Kingdom utility shed. The caller got in touch with the local sheriff’s office in Orlando and demanded a $90,000 payment in order to prevent the device from detonating.

Deputies had just two hours to find the bomb. The caller claimed that multiple devices had been staged around the property, but only one was found—at least, that’s all Disney would admit to the public. Even one bomb was still enough to raise significant alarm, however, and those who eventually located the neon gas-filled cylinders near Frontierland’s (now-defunct) Davy Crockett Explorer Canoes said they would have caused “considerable damage” had they exploded in a more populated area of the park.

While the news story caused understandable alarm from anxious guests, Disney refused to shut down the park in the days that followed, apparently unconcerned that similar incidents might be planned. Even more strange, one of the sheriffs said, was the fact that the caller (or any of their fellow cronies) failed to materialize to claim their payout.