4 Amazing Things to Do in Celebration, Fl. 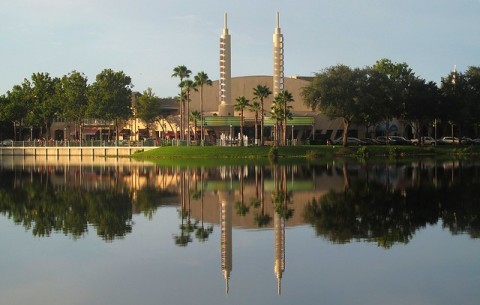 When Walt Disney first purchased his massive tract of land in Central Florida, he did so with the purpose of pursuing a dream. He called that dream the Experimental Prototype Community of Tomorrow, or EPCOT. It was meant to be a place where families could live, work, and play together — commuting from master-planned residential areas to New Urbanist downtown clusters. There was an industrial park, a city center, single-family hones, and — of course — a theme park.

The EPCOT of Walt’s imagination never came to be, however. Shortly after he announced his intentions for the Florida Project, Walt grew ill and passed away. And, not keen to get involved in urban planning, the company pivoted the project away from an exploration in city life to a vacation resort that would be unlike any other.

And yet, ideas never die at The Walt Disney Company. At worst, they enter a period of long hibernation. So, in the early 1990s, the company dusted off some of the ideas at the heart of EPCOT and got to work designing a New Urbanist community on a piece of undeveloped property at the south end of the resort. That area became known as Celebration, a town built and designed entirely by Walt Disney Imagineering.

Celebration isn’t owned or operated by the Walt Disney Company anymore, but it’s worth a visit for any hard core Disney fan obsessed with the company’s history. It’s also simply a beautiful and fun village worth exploring on its own, even for the most Disney-agnostic traveler.

Here are a few fun things to do when exploring this incredible gem of a town. 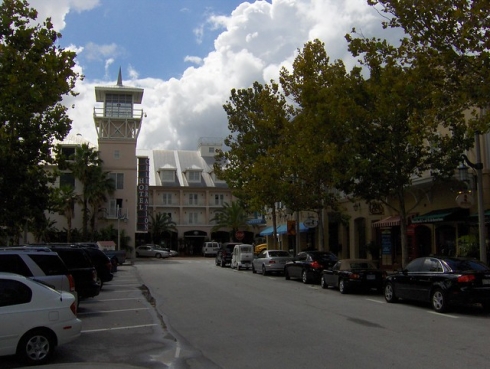 The heart of Celebration is the Celebration Town Center — a walkable stretch of mixed-use buildings that includes shops, restaurants, apartments, and a wonderful lakeside stroll. It is most notable for its architecture — a west coast-inspired Art Deco vision that evokes the familiarity of 1950s domestic life.

The former Celebration movie theater dominates the skyline, offering a glimpse at the kind of place making Walt Disney Imagineering is famous for. It was designed by Cesar Pelli — a world-renowned architect most notable for his work on the Petronas Towers and the Aria Resort in Las Vegas.

Michael Graves, an architect most known for postmodern constructions like the Swan and Dolphin Resorts on Walt Disney World property, designed Celebration’s post office — itself a postmodern play on New Urbanist ideas.

Other buildings include designs from notable architects like Robert A.M. Stern, Graham Gund, and Philip Johnson make Celebration an incredible spot to regard some of the most famous architects in the world coming to play with Disney’s ideas and concepts. Walking the downtown area is a deeply pleasurable experience, particularly if you hail from a more traditional urban landscape. 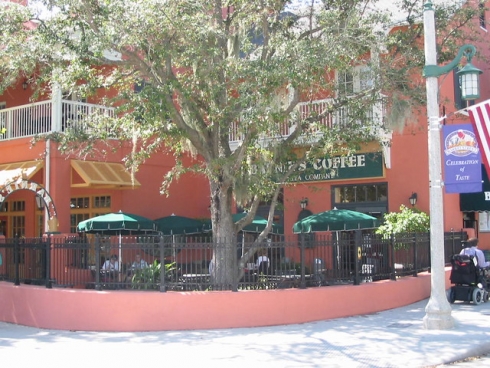 Of course, the principal thing to do once you’ve walked a bit around the area is to enjoy some delicious food. And, if you’re hungry, Celebration has more than enough excellent options for you.

The centerpiece of dining is Columbia Restaurant, an outpost of the Tampa-based Cuban restaurant empire. Their famed 1908 salad is the big ticket item, with an assist from some exquisite sangria and Cuban bread to boot.

Celebration Town Tavern offers traditional American fare in a comfortable bar environment. The restaurant’s aesthetics evoke southeastern beach town bars with handsome wood and bright light. Pickier eaters will find something here, but those with a solid palate won’t be disappointed either.

Imperium Food and Wine offers a nice post-dinner hangout spot. Or, alternatively, their light bites can offer some sustenance to break up the day trip’s pace. Celebration is, itself, an excellent spot to relax, and outdoor dining here is generally excellent even in the muggy months. And, if you want something to cool off, Celebration offers both Kilwins’ excellent ice cream and a local cookie dough company serving delicious raw cookie dough in the style of other frozen treats.

In all, you won’t go hungry in Celebration.