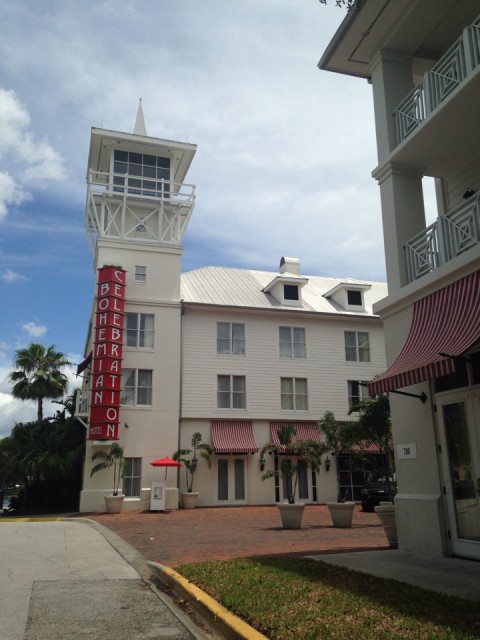 Walt's original EPCOT was never constructed, but the Celebration community originally built by Disney bears some resemblance to his idea.

When Walt Disney first conceived of EPCOT, it was not a second theme park, but rather an “Experimental Prototype Community of Tomorrow.” The Epcot theme park we see today is far from the utopian city Walt envisioned, but his dream didn’t die completely. It was, in fact, carried out on a much smaller scale in the form of a little census designated place known as Celebration.

Though Celebration isn’t the futuristic birthplace of invention that Walt thought his town might be, it does mimic his vision in several ways. 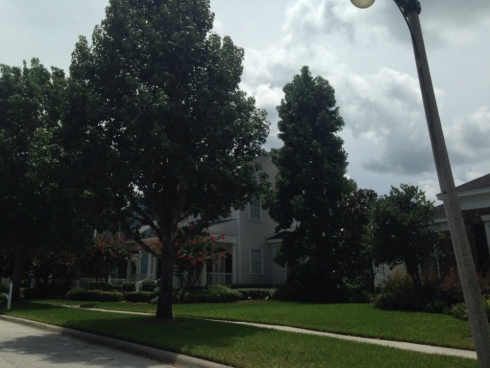 Just as the tunnels beneath the Magic Kingdom keep anything untidy out of sight, so too does Celebration put its best face forward. Passing through town, it’s impossible not to notice how perfectly picturesque the neighborhoods seem, yet it may take a moment for you to place what’s missing. The homes in Celebration don’t have the traditional driveway and garage marring the front. Instead, spacious porches beg residents to relax outside after dinner, and the sprawling yards are marred only by simple walkways.

It’s not that all the residents of Celebration walk. Rather, the driveways and garages are tucked away behind the homes, accessible by a separate alley.

2. Reality and fantasy meet in the middle 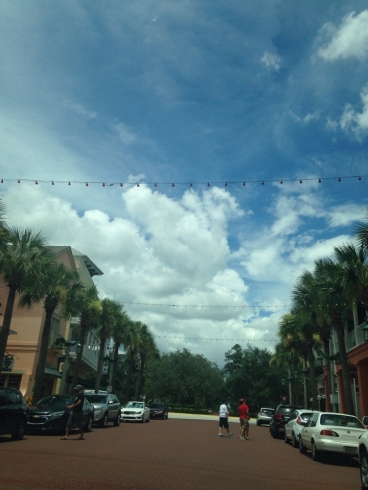 Only in a town like Celebration would a Florida Christmas include outdoor ice skating and falling snow. Of course it isn’t really snow, but rather “snoap” (fake snow, made with soap) and it makes a monumental mess when it starts gathering in the streets, but being that it’s Florida, residents are charmed by the magic of it just the same. It’s the perfect example of Walt’s “anything is possible” attitude brought to life in a festive, squeaky clean holiday event.

Celebration’s much anticipated Christmas festivities also include visits with Santa and Mrs. Clause and rides on a miniature train. Though the streets are less festive during the rest of the year, charming strings of lights over the streets give the town a bit of nighttime twinkle in any season.

3. Main Street hearkens back to an earlier time 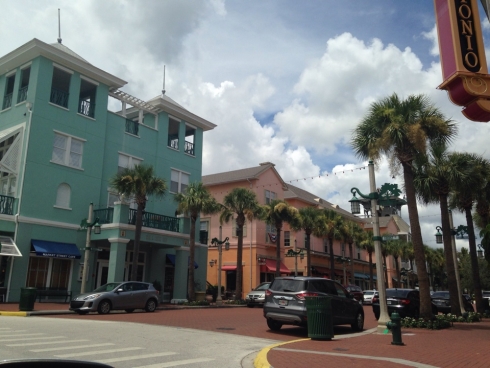 Celebration’s town center is perhaps the best example of how the town is designed to mimic a simpler time. Designed by Robert A.M. Stern and Jaqueline Robertson, Celebration is modeled after American towns of the early 1900s. Businesses and living spaces are intermingled in a quaint display. Soothing pastel colors create a façade fit for any postcard.

Celebration is a wonderful place to live or visit, sadly the last photo showing the movie theatre is outdated as the theatre exists and is leased by AMC who closed it down. It was a charming theatre where local residents and visitors alike could view current films. Many residents hope that AMC will change their mind and bring film back either first run or as a revival house... fingers crossed...

Celebration was modeled, in part, after the small community where I was raised. Lawrence Park, Pennsylvania is a community designed by General Electric for the workers at its new plant back in the 1920's. My sister wrote to the Disney executives suggesting they consider doing the same for their employees before the town of Celebration had been made public. As it turned out, the Disney imagineers knew all about Lawrence Park! My sister was invited to Disneyworld and, to make a long story short, was chosen to be in the Disney intern program. She was the oldest intern they ever had at the age of 40! She lives in the Orlando area now and is a frequent visitor to Celebration!

Lawrence Park!! Ha, I am from Erie. When I went to Behrend, I had a house in LP. Halley Street, just north of GE. But I lived off east 38th by Tops for many years. I now live a few miles north of Orlando. Small world.

'Discovered' Celebration about 3 trips ago, after being a Disney devotee for many years. I absolutely love the place, a haven of peace and tranquility just a few hundred yards off the ubiquitous 192.
We love the walking environment, the wildlife, the Homes (wonderful) the lovely shops and friendly staff, and the fantastic eating opportunities.. just wish we could afford to make this a base for our Vacations.. or even a place for a home.. lol