When Michael Eisner became the CEO of the Walt Disney Company, he wasn't afraid to fail. In his early years on the job, Eisner oversaw the launch of two new theme parks in Orlando, one in California, and one in Europe. The man was dreaming big.

But at some point during his administration, probably some time after the tragedy of September 11, 2001, that fearlessness went away. The brash iconoclasm of the famed Disney Decade resolved itself into a timid commercialism that ultimately paved the way for Eisner's departure in 2005.

Yes, it was time for him to go, but when thinking about the legacy of the man who helped build Walt Disney World into what it is today, it's important not to forget just how ambitious he once was.

The best way to do that is to look back at one of his most bold failures: the Disney Institute, an educational vacation experience unlike anything Disney had offered before.

Here are five things that made the Disney Institute so unique, but ultimately led to its demise:

5. It was borne out of a family vacation 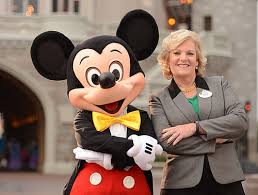 In 1985, just a year after he became the head of the Walt Disney Company, Eisner took his family on a summer trip to the Chautauqua Institution in western New York State. The Institution had been around since 1874, and over time, it became a place for artists, politicians, historians and academics to gather and discuss the major issues of the world. There were daily lectures from presidents and people of industry, performances from musicians and dancers, and classes in anything from theater to religion. Everything was designed to brighten the mind and give adults access to a more educational summer experience.

The historic cultural retreat is set beside a beautiful lake in a charming New York town. It feels something like a mix of a small college campus and a relaxing summer resort; Eisner absolutely loved it, and decided to make a version of his own.

4. The Disney Institute was originally going to be part of Celebration

It's impossible to know exactly when Eisner decided to build his own Chautauqua in Orlando, Florida, but it couldn't have been long after he returned home from the idyllic New York landmark. He immediately put Imagineering to work designing Walt Disney World's own adult education resort, but the plan took years to incubate.

By 1992, the blue sky brainstorming had solidified to the point that Eisner was openly discussing the Disney Institute with the press. In an interview with the Orlando Sentinel from March of that year, the CEO made his vision clear:

“Eisner said he would like to see the institute become a place where thinkers, artists, educators and those interested in exercise and health could exchange ideas. He didn't fully explain how the Disney Institute would be like the chautauqua movement, but he seemed to be referring to the strong educational bent of its clubs and tent shows.”

At that stage, the Institute was going to live within another ambitious Disney project: the master-planned community of Celebration, Florida. Unfortunately, Celebration was dealing with its own complicated development process fraught with delays, meaning the Institute would need to find a new home if it was ever going to open.

3. It was built within an existing resort 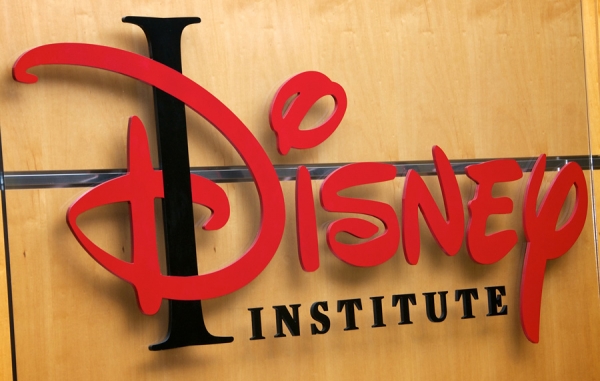 Of course, Imagineering can be quite thrifty when they need to be, and the creative wing of the Walt Disney Company opted to transform the aging Disney Village Resort into the new Disney Institute.

Construction began on the Institute's new buildings in 1995, and the Village Resort's home-away-from-home townhouses were slightly modified to fit the overall new theme.

In all, a performing arts theater, a movie theater, an amphitheater, a health club, classrooms, a closed-circuit TV station, and a radio station were built on the existing site.

When the Disney Institute finally opened in 1996, it offered over 60 hands-on programs in areas ranging from cooking to animation to agriculture and everything in between. Like its inspiration in New York, the Institute lined up some big-name Artists-in-Residence such as director Martin Scorsese, critic Gene Siskel and golfer Gary Player to lecture and otherwise engage with the community.

It seemed to be, for the most part, a positive experience for its guests:

"I thought I'd be bored," says Michael Zirpoli, a detective from Centereach, N.Y. "I mean, who wants to go to school on vacation? But this is fun, especially since it's all hands-on learning and the classes are designed to open up your mind. At home, I have no time to explore my creativity. Here they push your imagination."

Too bad this isn't still around. I'd be so interested today.

I took a few classes at the Disney Institute and I loved it. I still have the pin. I took computer animation and topiary. Maybe the courses were fantasy as in you had the chance to learn something you always wanted to do, and yes, we did learn. I can create my own topiary for my yard and I learned that computer animation is fascinating, but I prefer drawing free hand. It was right about the time that the institute closed that Michael Eisner's grand plans disintegrated into the bottom line, which was one of the reasons he was ousted. Unfortunately, the following regimes have followed that philosophy instead of following Walt's.

I was on the opening team at the Institute - I was an instructor on the Environmental Design area. I taught classes in drawing, faux finishing and Disney Architecture. As a professional artist/designer I went on teach classes in Disney Imagineering, Computer Aided Home Design, Home Party Planning (which I did with the Culinary team) and even Canoeing. It was a blast and a bunch of really wonderful creative people who built that space. The Instructors took what they taught seriously. Yes, the guests were not artists or most likely ever going to become chefs, but that doesn't mean they shouldn't be exposed to it all. And that was the beauty of the Institute.

The problem stemmed really from the marketing department - they had no idea what Eisner's vision was, but the professional instructors did. They never came to us to help them.

A key to understanding the downfall can be seen in the institute store. When we opened it sold some logo merch, but mostly it was books or tools from the classes. And it did not carry any plush. The only Mickey seen in there was on a Cross pen or on the classic watch. However the marketing department insisted that there needs to be more characters - and eventually the place looked like the Emporium on Main Street. It was sad.

I am now a Professor of Graphic Design at CalPoly Pomona. The institute taught me how much I enjoyed sharing knowledge of design. Soon after I was left Disney (being one of the last Instructors go) I went back to school to get my MFA and have been teaching since I graduated.

I was on the Opening Team at DI. I was an usher for the evening performances, I was only part-time. It was a great facility, but just couldn't compete with the parks. But, I did some classes and my family and I attended a lot of the shows/perfomances. I got to meet many famous people including John Lassiter, Andy Garcia, Mario Cuomo, Neil McCoy, Mel Torme, John Landis, Nicolette Larson, The USA Olympic Basketball Team, and many more. It was great while it lasted, and I have a lot of memorabilia and schedules from the first few years.

I got to attend the Institute twice. I loved it. I had so much fun taking make up, cooking, wine tasting and other classes. Sorry it didnt last.