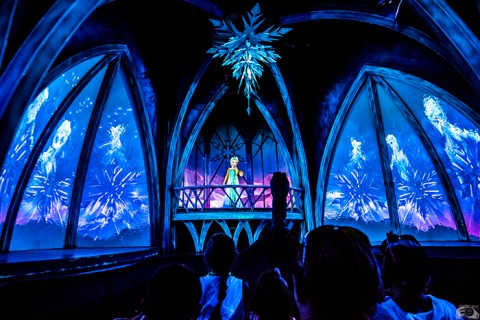 A theme park visit is a timeless way to spend a spring or summer day. You’ll bask in the warming glow of the sun as you cherish time spent with friends and family. You’ll get quite hot, too. You’re exercising a lot, and your body naturally warms due to the activity combined with the sunlight. At some point, you’ll want to cool off.

That’s where water rides come into play. A refreshing splash of water can change your temperature and your mood. The rejuvenating aspect of such rides explains why they are ubiquitous at theme parks. The log flume is a staple at every self-respecting theme park on the planet. It’s a cheap ride to construct and maintain, and so everybody has one. Which ones are the best, though? Here are my choices for the best nine log flume rides in the world.

I only need two rules in place before I start today’s list. One is that I’m only considering theme parks, not water parks. The other is that Wikipedia’s ginormous list of log flumes must include the entry. Otherwise, it doesn’t qualify. This rules out a few surprising entries such as Journey to Atlantis and Grizzly River Run.

Otherwise, the entrants here are largely similar for the most part. There's only so much that a theme park designer can do to differentiate a boat in water from other rides that have boats in the water. It's especially true since each of these rides must either start at or add enough height to build to a satisfying splash at some point, ordinarily the end, of the journey.

Timber Mountain Log Ride embodies all of these elements, which is understandable given its age and status. Built in 1969 and then refurbished in 2013, it's a classic log flume attraction that is more modern thanks to its (relatively) recent makeover. Despite its age, this water ride remains one of the most popular and trafficked rides at Knott's Berry Farm. And it's also an attraction that Walter Knott rode on opening day, giving it particular importance to the devoted fans of this park.

One of the quirks of log flume design is that it's remained relatively static for 50 years now. Water rides built during the Nixon administration are just as entertaining as ones that only opened recently. Jet Stream is a perfect example of this. It's barely younger than Timber Mountain Log Ride, opening in 1972.

To ride designers, Jet Stream is best known as the first of its kind to employ a turntable-style loading to maximize throughput. For theme park tourists, it demonstrates how little has changed over time. Sure, some log flumes have a shinier coat of paint and better theming. The jostling and sloshing are still the same, though.

You are probably too young to remember it, but the bicentennial celebration was one of the seminal moments in American history. Patriotic boats participated in Operation Sail and took to the harbors of New York City and Boston. This log flume pays tribute to the concept.

Fittingly opened in 1976, the Yankee Clipper instantly became one of the signature attractions at the park. It’s so important that the official Six Flags website dedicates an entire page to the history of Yankee Clipper. When you splash down here, you’re celebrating American naval superiority throughout the years! How cool is that?

Sorry but Chiapas is probably the best flume ride in world. And even including Frozen Ever After on this list laughable . Also placing Timber Mountain Log Ride below Magic Mountain’s log ride seems wrong. One more little niggle. It would have been proper to have said that Splash Mountain is found at Disneyland and other parks, rather than the Magic Kingdom, since it was the first.

Pretty mediocre list, and if you're saying best in the world try having slightly less bias towards the US... Even the Wild West falls in Australia is better than most of these, and Chiapas is muuuuuch better!

Obviously, you do not know a lot of log flume rides abroad. Chiapas should be on No.1 with the greatest scenary I know, several drops (including the steepest in the world) and a sheer amazing soundtrack that can compete with famous movie soundtracks.

I would add the Log Chute at Mall of America in Minnesota. Great theming, two hills, and it's in a mall.