5 Crowd-Beating Tips that Work at Disneyland Every Time 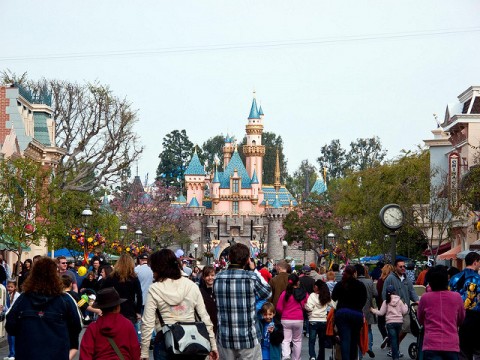 With the recent introduction of Pixar Pier and the ongoing festivities at Pixar Fest, not to mention the impending debut of Marvel Land and Star Wars Land over the next two years, you’re bound to run into big crowds and long wait times no matter when you choose to visit Disneyland. These are issues that inevitably complicate any trip to any Disney Park, but there are a few easy ways to reduce stress while dealing with the constant foot traffic and crowd craziness that seems to live at the parks 24/7.

1. Avoid the maingate entrances when possible. 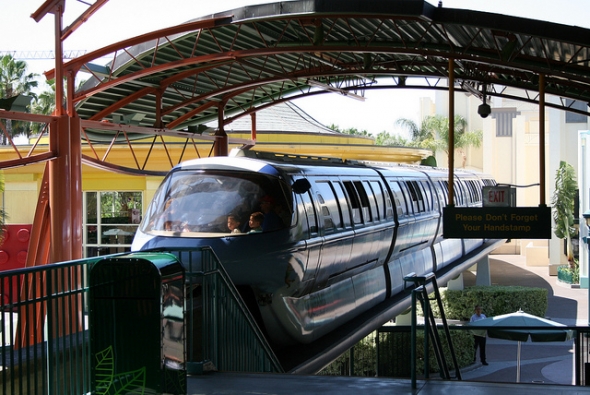 There’s nothing worse than exiting the tram at Downtown Disney and finding massive crowds still waiting to enter Disneyland—or, worse, entering from Harbor Boulevard only to run into a multi-hour line for the security checkpoint. Skip the crowds and long lines (which, it should be said, will definitely leave you baking in the direct sun on a hot day), and head straight for the Monorail station in Downtown Disney, where the lines are guaranteed to be significantly shorter and you can wait in the shade for the next available train. You’ll also get the benefit of entering the park in close proximity to Finding Nemo Submarine Voyage, Autopia, Matterhorn Bobsleds, the Tomorrowland Disneyland Railroad Station, and Space Mountain.

Although there’s no Monorail station inside Disney California Adventure, you can still beat some of the crowds by visiting Disney’s Grand Californian Hotel off of Disneyland Drive and using the park entrance next to Napa Rose. It’ll put you out right by Grizzly River Run and Soarin’ Around the World, so you can avoid the somewhat-crowded walk down Buena Vista Street and head straight for the attractions. It’ll also give you a slightly shorter walk to Pixar Pier if you choose to follow the path that runs up to Ariel’s Undersea Adventure. Keep in mind, however, that if you’re planning on hotfooting it to Guardians of the Galaxy – Mission: Breakout! or Radiator Springs Racers first thing in the morning, you’ll be slightly closer to those attractions if you elect to go through the maingate entrance. 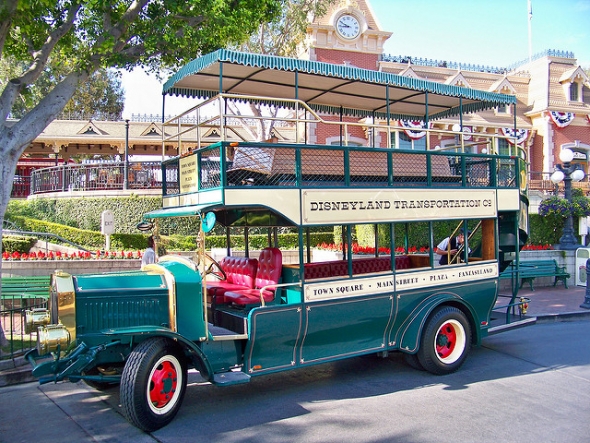 It may feel like speed-walking is the best way to move through a crowd, and if you’re tackling the parks solo, that’s more or less true. If you’re traveling with family or friends, however, you’re probably already aware that it’s no easy feat to move through the parks quickly, particularly during peak travel times in the summer or during the holidays. You can spare yourself some serious stress (and foot pain) by making use of some of Disneyland’s underutilized methods of transportation. The most obvious is the Disneyland Railroad, which has four stops on Main Street, U.S.A. (at the top of Town Square), New Orleans Square (adjacent to the Haunted Mansion and Mint Julep Bar), Mickey’s Toontown (next to the Fantasyland Theatre), and Tomorrowland (behind Autopia). While the wait times vary by station and time of day, it’s the most convenient and hassle-free way to move around the parks without first fighting your way through crowds.

Of course, if you’re inclined to head straight for the Partners Statue, Sleeping Beauty Castle, or the attractions within Fantasyland and Fantasy Faire, the Disneyland Railroad will be of little use to you. Instead, try for one of the many old-fashioned vehicles that run up Main Street and let out in the Hub, from the fire engine (8-10 passengers) and horseless carriage (8-10 passengers) to the horse-drawn streetcar (30 passengers) and double-decker omnibus (45 passengers). They don’t move more quickly than the average pedestrian, but can beat a crowd on a busy morning and all but the fire engine offer welcome shade to their passengers. It’s worth noting that many of the vehicles are not wheelchair- or stroller-friendly, however (the omnibus is the only one that permits strollers, and none of the vehicles are equipped to accommodate wheelchairs or ECV), so if you find yourself navigating the parks on foot, stick to some of the less-traveled paths when possible—for instance, the corridors that run down either side of Main Street and the trail that loops behind Fantasyland and Frontierland.

Disney California Adventure offers far fewer transportation options, unfortunately, but you can catch the Red Car Trolley from its Buena Vista Street stop all the way up to Mission Breakout… that is, when the cars aren’t being coopted by the Red Car Trolley News Boys during their six daily shows. No alternative forms of transportation are currently offered at the park.

Would love to see this article updated to include how best to get to Galaxy's edge, and how to best see the parades and fireworks from there.