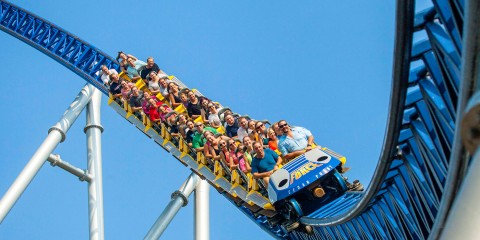 In a prior Theme Park Tourist article, I evaluated whether Disney and Universal get a bad rap for their high ticket prices. These two theme parks dominate the industry, yet they face the perception that they overcharge for admission prices. You can read that piece to see whether the perception is the reality or not.

Today, I’m taking a different approach. I want to underscore the value of a few famous parks. While others in the industry raise rates on an annual basis, these places have kept their prices fairly static. They’ve done so while adding great attractions that sustain public interest. All of the parks listed here are among the most trafficked in the United States, one of the primary criteria for the list. So, which parks have the cheapest admission prices and are the best deals? Read on… 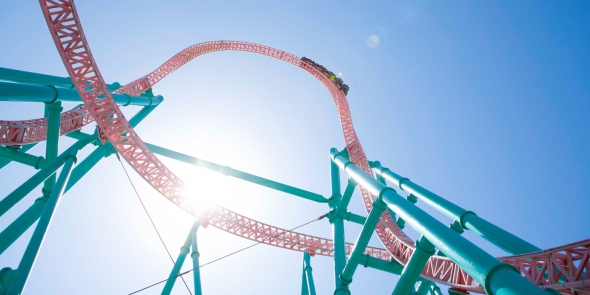 Image: Cedar FairI don’t want this to sound like “Old MacDonald had a farm…”, but Walter and Cordelia Knott had a farm. E-I-E-I-O. Okay, maybe I do want it to sound like that. Anyway, the couple’s farm featured delicious berries, and it became the family business for several generations.

Over a 35-year period, their roadside berry sales business evolved into an entertainment center. Walter Knott added a Ghost Town on the property to entice more guests to visit. They came for the shows and rides but stayed for Cordelia’s famous fried chicken. Yes, Knott’s Berry Farm has what is probably the strangest origin story of any theme park.

Over time, the rides became so popular that the Knotts started charging admission. They even appreciated the value of theming, adding a Peanuts license during the early 1980s. Alas, the couple had died by that point, leaving their children to run the park.

Image: Cedar FairAfter a time, they chose to sell their family’s heritage, an amazing berry farm, to Cedar Fair, albeit with one major caveat. No one can ever turn around and sell the property to The Walt Disney Company, whose Disneyland popped up in 1955 and overshadowed Knott’s Berry Farm.

To this day, Cedar Fair runs the park with almost a familial level of caretaking, as exemplified by the price. This park hosts 39 rides but charges an admission price of only $79. That’s about $2 a ride. Somewhere, Walter and Cordelia are smiling at the treatment of their genteel berry farm.

To keep costs under control, even the rides at the various Six Flags parks are copycats. Building a clone is much cheaper than starting one from scratch. Whether you agree with this form of theme park construction or deem it soulless, you cannot argue with the efficiency of it.

Take Six Flags Great America as the blueprint example. You’ll find 53 roller coasters at this park in a Chicago suburb, and 16 of them are roller coasters. Rides like Viper and River Rocker might not be original, but the sheer volume of options at this park is remarkable. The value shines through when you realize that an admission price of $74.99 means that you’re paying less than $1.50 per ride.