Behind the Ride: It's a Small World 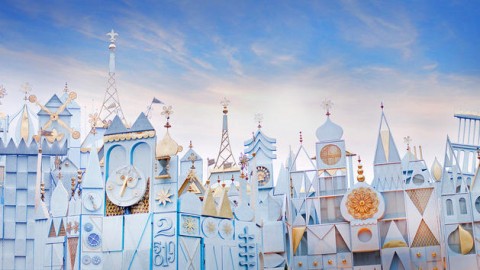 Time Magazine claimed in 2014 that they had determined the most popular song of all time. No, it’s not “Happy Birthday” and no, it’s not a song by Elvis or the Beatles. In their own words, Time Magazine “did the math,” calculating that one song was approaching 50 million playthroughs after almost 50 years of its existence (in 2014). The song in question is “It’s a Small World” by Richard and Robert Sherman, and it’s integral to arguably the most iconic ride at any Disney theme park.

Walt Disney once pitched this attraction as the “happiest cruise that ever sailed.” More than half a century after he conceptualized this celebration of international cultures and inclusiveness, it’s become the symbolic heart of Disney theme parks, entertaining generations of children (and their parents) with its fervid optimism. Let’s take this opportunity to go Behind the Ride to learn five tricks of the trade that have made It’s a Small World so iconic.

The experience: Bringing all the cultures of the world to Disneyland

The trick: More puppets than you’d find on the set of Sesame Street 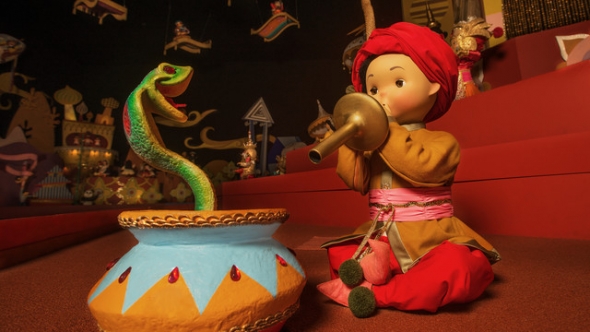 When we go Behind the Ride on most attractions, the story lies in the engineering details. With It’s a Small World, the list of Disney icons who had a hand in its construction is the more noteworthy aspect. As we’ll discuss, a pair of Hollywood celebrities, Joan Crawford and Walt Disney, started the project. Then, many of Disney’s most famous Imagineers like Rolly Crump, Yale Gracey, Marc and Alice Davis, and Bob Gurr had a hand in its design. In fact, a pair of them, Roger E. Broggie and Bert Brundage, earned a patent for the Omnimover in the wake of designing It’s a Small World.

The true hero(ine) of the story is another person near and dear to the hearts of Disney fanatics. Mary Blair’s relationship with The Walt Disney Company went back to 1940, meaning that she was more than 20 years into her animation career prior to building the puppets that would become the ultimate legacy of her storied life. Given that she handled colors and styling for Disney classics such as Alice in Wonderland, Cinderella, and Peter Pan and also handled illustrations for Little Golden Books during the 1950s, that’s an amazing statement. 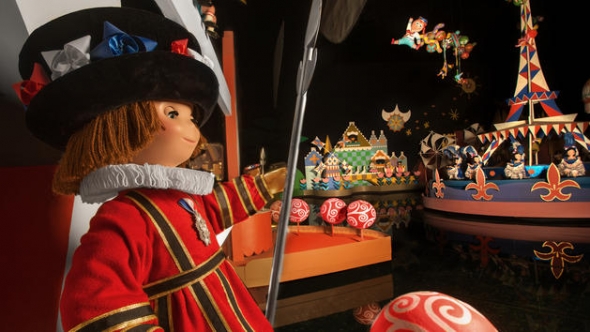 During the 1950s, Blair had left Disney to freelance, and one of the reasons why was that she wanted to spend time raising her children. When Uncle Walt called in 1963, he offered her a chance to create puppets mimicking the look and style of children across the world. She couldn’t resist the siren song of a return to Disney for this project, and all theme park tourists are grateful. Much of her work is still on display today.

Disney needed Blair because one of the secrets of It’s a Small World is that all the dolls are the same. To cut down on the manufacturing time, the company built hundreds of dolls with the same shape and appearance. Blair did the heavily lifting in distinguishing them. She added color to areas such as eye and hair color and skin tone. What was remarkable about her work is that the world was on the precipice of another global conflict at the time. Blair eschewed fear in favor of hope and optimism, crafting happy dolls for all the lands. 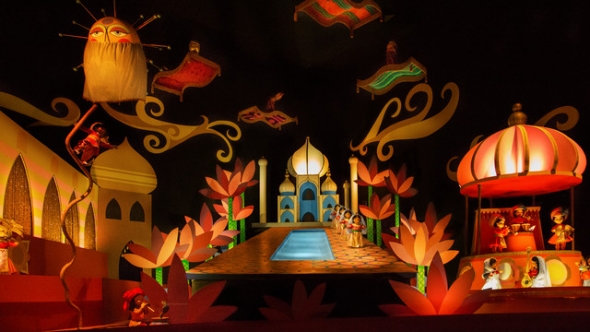 Image: DisneyThe husband and wife team of Marc and Alice Davis handled the rest of the set design. Marc crafted the “movie sets” for each scene, building laudable representations of the various countries. Then, Alice handled the costumes to complete the designs of Blair. The work of these three artists has stood the test of time. Disney is reverential to the original designs for the puppets of It’s a Small World. While they’re not above adding new ones, they restore rather than replace any of the damaged older pieces.