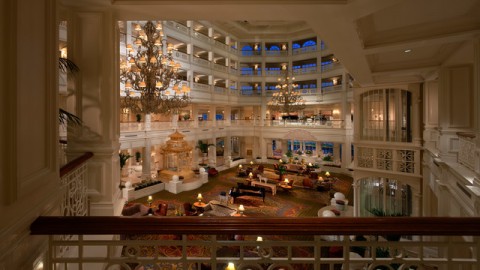 Now that Theme Park Tourist has revealed the secret of how to stay at The Walt Disney Company’s most luxurious resorts for cheap, it’s time to plan your next vacation. While Disney Vacation Club experts already know most of the tricks for booking reservations at the DVC properties, you’re still new to this. Don’t worry. We’ve got your back. Here are a few tips that go beyond booking a cheap room at a Disney resort. These tactics will help you pick the RIGHT resort to maximize your vacation enjoyment.

The coast is clear

The strategizing process is simple if you’re traveling to Hawaii, Hilton Head, or Vero Beach. You simply stay at the DVC property in these cities. Disney built/purchased these three hotels because they understood that sometimes parents want and deserve to have sandy alone time.

Out of the three non-theme park options, Hawaii in particular is a wonderful option. Aulani, A Disney Resort & Spa, is a breathtaking facility that enjoys one of the highest scores on TripAdvisor. It’s the proverbial paradise you imagine when you daydream about getting away from it all. People who track cheap airfare in combination with renting DVC points can imagine a dream vacation while potentially saving thousands of dollars on the trip.

Hilton Head is a bit trickier since they tend to book quickly during the prime visitation periods for beachfront properties. Still, clever shoppers have options. Some DVC rental companies will book as many as 11 months out. As long as you know many months ahead of time that you want to stay at Hilton Head, you should be able to get an inexpensive room using DVC rental points.

People traveling to Florida will discover that Disney’s Vero Beach Resort offers a wonderful combination of oceanfront relaxation and (relatively) convenient access to Walt Disney World. The theme park is about two hours away. So, families have split vacation options here, which is divine when parents want to take their kids to Disney but also want to enjoy some sunny downtime as well. When spending a week in Florida, you can start with three or four hectic days at the world’s most popular theme park. After that’s done, you can drive down to Vero Beach to spend the rest of your time with a daiquiri in one hand and a trashy book (or Kindle) in the other. It’s the perfect compromise option.

To maximize your enjoyment of the various Disney theme park locations, you’ll want to stay as close to your preferred park as possible. Sometimes, that’s an obvious choice. For Animal Kingdom at Walt Disney World, you’d rent points to make a reservation at the two Animal Kingdom Villas options, Jambo House and Kidani. It’s not rocket science. Fortunately, this is one of the easiest places to book right now, although the situation might change once

Along those lines, if you want to visit Disneyland, there is but one option. For reasons primarily due to land limitations, Disney's Grand Californian Hotel & Spa is the only DVC resort near the Happiest Place on Earth. Since it’s the only choice for DVC members and people renting points, it is extremely difficult to get a reservation even though the property has over a thousand rooms. Like Hilton Head above, you’ll have to plan far ahead of time.

The way that DVC works, a person can select a Home Resort from one of the 13 options. At this location, they can book up to 11 months in advance. For the other 12 DVC locales, they can make reservations seven months prior to their stay. At the Grand Californian (and also Hilton Head), prime visitation periods usually book more than seven months ahead of time.

The underlying point is that you’ll have to pay a bit more to rent points from people who own at these resorts. It’s still much, much, muuuuuuch cheaper than paying Disney’s regular room rates, though. I simply want to warn you in advance so that you don’t believe you can just go online and get a reservation for next month. It just doesn’t work like that. You’ll have to perform some planning anywhere and even more at the most contested DVC selections. To save on Disney by renting points at DVC resorts, you should start discussing options with rental companies at least eight months ahead of time. That way, you’ll have availability at most places, although there’s an exception I’ll mention in a moment.