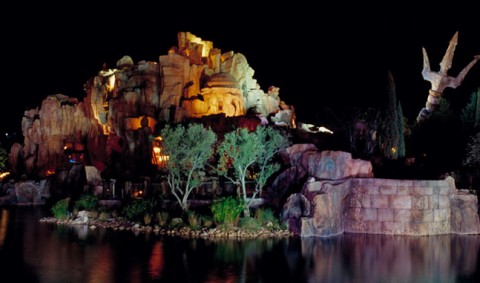 Orlando, Florida, is the unquestioned theme park capital of the world, with half of the most trafficked theme parks across the globe. These six gates represent decades of achievement by the geniuses at The Walt Disney Company and Universal Studios. Fans of pop culture adore the Florida theme parks hosted by both corporations, but anyone who plans a trip to the area understands that each company has their quirks. Whether you plan a stay at Universal Orlando Resort, Walt Disney World, or a split visit at both, you have to learn the idiosyncrasies of each one while planning your trip. Here’s everything you need to know about the differences in vacation planning at Orlando’s most popular amusement parks!

The Walt Disney Company has hosted several iterations of trip planning software over the past 20 years. For most of that timeframe, they’ve built all their content around a single hub, Go.com. Once they implemented MyMagic+, however, they switched to MyDisneyExperience.com (MDE) as their central database for theme park guests.

The product is largely solid, but it does have its fair share of quirks. Page crashes occur frequently and the timeout functionality is a big problem. Disney software engineers prioritized security to the point that anyone who fails to interact with the system for 15 minutes gets automatically logged out. Other parts of the site also require log-in verification in order to view the content.

Once you grow used to the kinks at MDE, you’ll grow to love it, though. The system is robust and user-friendly. When I access my account, I can see all my hotel reservations, advance dinner reservations, ticket purchases, and FastPass selections on a single page. That’s pretty great.

Universal Studios, on the other hand, is the type of user-unfriendly site that makes me glad I got out of Computer Science. I don’t understand how a site this poorly designed exists anywhere but on archaic Geocities accounts. Simply trying to plan a trip at Universal Studios feels like an exercise in semantics. One of the first questions the planning software asks is how many guests you’ll be bringing. This is precisely the sort of argument-inducing debate that should never occur. Does the person typing count him/herself in who they’re bringing?

At several points during a Universal Studios session, you’ll have to pause to consider what the site’s philosophy is on the purchase. When you buy tickets, multiple options exist for the same purchase type. There’s little by way of explanation with regards to differentiation. We have a running joke among my friends that the quickest way to operate the website is to call Universal’s 800 number then have an operator walk you through the purchase. MDE has some warts. Universal Studios has some plague.

As stark a contrast as there is with the web sites, the difference in line skipping is even greater. The corporations take diametrically opposed positions on the subject. Disney not only wants people to utilize FastPass+ but actually shut down their previous system. They did so specifically because they couldn’t control attraction queues enough. Their overriding goal is to entice theme park guests to enjoy nine rides per daily visit. Their Imagineers structured the FastPass system as a means to manipulate behavior. The FastPass+ interface requires Disney tourists to select three different attractions at the same park, thereby assuring a three-hour window where people will remain in the same vicinity.

The Universal Express pass operates in an entirely different manner. This ticket entitled the holder to an unlimited amount of walks to the front of the line. It’s not a free “incentive” that Universal employs to interfere with park traffic patterns. Instead, it’s a means to incentivize theme park tourists to stay onsite at their hotels. People who stay at Hard Rock Hotel, Loews Royal Pacific Resort, or Loews Portofino Bay Hotel automatically receive the benefit of virtual front-of-line status as they traverse the two Universal theme parks. Guests who stay offsite can also purchase this benefit at the current cost of $99 a day.

With this pass, a savvy Universal Studios visitor can enjoy virtually every major non-Harry Potter ride as much as they want. It’s not absolutely perfect, but it’s one of the best “pay to play” options in the industry. Given all of Disney’s attempts to structure their pricing to maximize profit, it’s a bit strange they haven’t added this option. Then again, it might be the one bridge too far for Disney guests already frustrated by the have/have not mentality of many recent park changes.