Yesterday, Walt Disney World research sent out a survey that suggested that the resort is looking into adopting a new ticket system that will feature variable pricing that changes depending on the date.

According to the survey, the proposed plan would separate tickets into three different categories. Gold, the most expensive option, would allow guests to enter the parks on any day during the calendar year. The next level, silver, would allow guests to visit most days of the year, but will block out more than 60 “peak” days, including the entire month of July and the busy Christmas-New Year’s holiday season. The final ticket category, bronze, would cost the least but would only be available on non-peak weekdays throughout the year.

You can check out a screenshot of the survey below from Twitter user @TurkeyLegJeff:

Though this is just a proposed change to ticket purchases being trotted out in a survey, its presence indicates that Walt Disney World is at least considering a system like this. Though a move to a tiered ticket system at Walt Disney World would be primarily profit-driven, it would have some interesting implications for guests, should such a ticket scheme like this actually come to be: 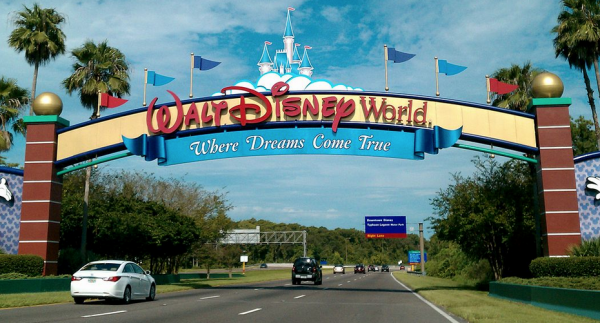 One of the biggest things you’ll notice when looking at the above chart is that most months look like a checkerboard, with gold, silver and bronze days in small groups clustered around the calendar. Though it might not seem like a huge issue, consider this: how many days was your last Walt Disney World vacation? If you visited the resort for more than three days, then chances are good than under this new scheme you’ll be paying for at least two different ticket types if you’d like to spend consecutive days at Walt Disney World during your vacation. And if you like to take longer trips to Walt Disney World, the chances of hitting ticket type bingo with all three price points becomes a near certainty.

It seems a little crazy that a Wednesday-Saturday visit to Walt Disney World in the middle of January could involve buying three different types of tickets at three different prices when guests visiting are getting the exact same experience on each of those days. And when you consider that the gold ticket costs $20 more than the bronze option, A family of four on a weeklong vacation could end up paying $80 on gold days on top of the base ticket price just to extend their visit to Saturday, just because that's when their annual vacation time is. Would a family consider shortening their visit because of this change? We'll get to that in just a bit, but it certainly seems likely that if a system like this becomes reality, it could spur some real shifts in guest behavior.

Growing up, my family could not afford a vacation to Disney. For various reasons in my adult life, I've gone to Disney World/Disney Land three times--usually related to a professional conference nearby or a friend who wants to go--my income as an adult allows me to do anything I want. But when I go to Disney, I feel sad and uncomfortable. I find the price disconcerting especially because I am aware of the plight of low income families and the little children who fall in love with Disney characters but cannot fully grasp why they cannot go to Disney as their wealthier peers do. Still, low income families are bombarded by Disney marketing and I see that they purchase Disney items for their children when they can. Through aggressive marketing Disney earns money on the backs of low income families, yet these same families can not afford to take their Little Ones to Disney. Disney: Your long term relevancy in society requires a more balanced approach with concern for the greater good, especially the most vulnerable in our society. Please consider having deeply discounted tickets for low income children who have so many strikes against them, but who will rise like I did to become discerning, advantaged members of society (through education and hard work) who may not choose Disney or advocate for Disney.

I have been going to Disney parks in Orlando for 40+ years. I was a member of the Magic Kingdom club until Disney phased that out, an annual pass holder for 20 years, and an overall Disney nut. I'm done. Disney has reached my breaking point. No more annual passes and 4-6 visits a year to the parks. The service level has declined and the price has increased. Disney has successfully priced themselves out of my market.

The other thing to mention is How does this affect those with multiday non-expiring tix? Will they be doing away with that option or with they only be available in a certain category? We currently rarely stay on property. For us, it is cheaper to drive, rent a house and visit the parks when we want during our visit. So when we buy tickets we buy 10 or 14 day tickets with all the options + the non-expiring option and use them for a few years.

The non-expiry option is no longer available.

Disney already does this with Resident tickets and it works really well. We plan our trips on weekdays which means we pay $239 for a yearly weekday only pass. 4 parks with some blocked dates. Then we buy a $65 water park after 2 pm pass. This could work out very well for families coming in from out of the area.