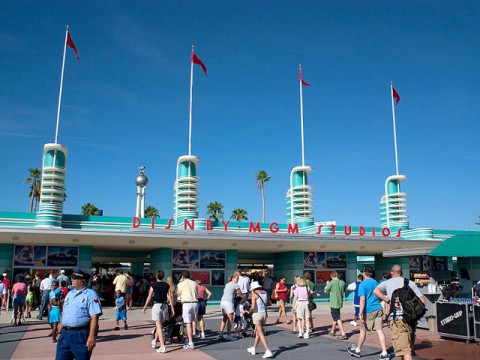 When Disney’s Hollywood Studios opened in 1989 as Disney-MGM Studios, it had a singular mission: Beat Universal to the punch by creating Disney’s own movie-themed park a year earlier. Many Disney fans decried the hurried process and claimed that the finished product was a half-day park at best.

This was a fair criticism, since the park opened with just six attractions, two of which were long walking tours. But for many people, it wasn’t really the attractions themselves that mattered. It was what the park represented. It was the first moviemaking park in the Orlando area, and a major player in Florida’s burgeoning film industry.

Of course, things change, and the park has long since lost its way. Disney-MGM Studios picked up a new name, Disney’s Hollywood Studios, in 2008, along with a confused new identity. Clearly Toy Story Land and Star Wars Land will breathe new life into the beleaguered park. But for those who remember its glory days, the announcements are bittersweet. Here are 4 ways that the park’s new direction is the death knell for its original mission.

1. The death of moviemaking

In the early days of Disney-MGM Studios, the Orlando area was being heralded as Hollywood East. Lured by then-impressive tax breaks and other state benefits, the film industry was testing the waters. Ernest Saves Christmas, Parenthood, Edward Scissorhands, and Problem Child 2 were just a few of the major motion pictures filmed in the area in the late 1980s and early 1990s. Disney-MGM Studios’ crowning jewel was its collection of soundstages and post-production facilities, carefully crafted to give park guests a birds-eye view of all the proceedings from a series of soundproof glass tubes.

Those who were kids or teens during that era probably remember Disney-MGM Studios best as the home of the 1990s revival of The Mickey Mouse Club. Launching the careers of such superstars as Christina Aguilera, Britney Spears, Justin Timberlake, Ryan Gosling, and Keri Russell, the show was filmed in front of a live studio audience made up exclusively of teen visitors to the park. Take a look at the YouTube clip above to see what the show was all about.

Disney also moved a major segment of its Feature Animation department to Disney-MGM Studios. Throughout the 1990s, such beloved animated films as The Lion King, Mulan, and Lilo and Stitch were animated partially or fully at the Florida studio. On the Magic of Disney Animation Tour, park guests could watch animators hard at work through large panes of soundproof glass.

Of course, time marches on and things change. For quite a few reasons, Hollywood East never quite took off, and New Orleans has long since supplanted the Orlando area as one of the hottest filming spots in the country. The Florida division of Feature Animation closed in 2004. Toy Story Midway Mania moved into the soundstages in 2008. The Magic of Disney Animation and the Backstage Studio Tour became shadows of their former glory, with the Backstage Studio Tour (long since renamed the Studio Backlot Tour) eventually closing altogether in 2014.

Toy Story Land and Star Wars Land didn’t cause the problem, but they do close the door on that part of the park’s history for good. Rather than revealing behind the scenes secrets, both lands rely on high-tech thrills to put guests inside the film franchises…a stark contrast to what once was.

2. The reliance on non-Disney properties 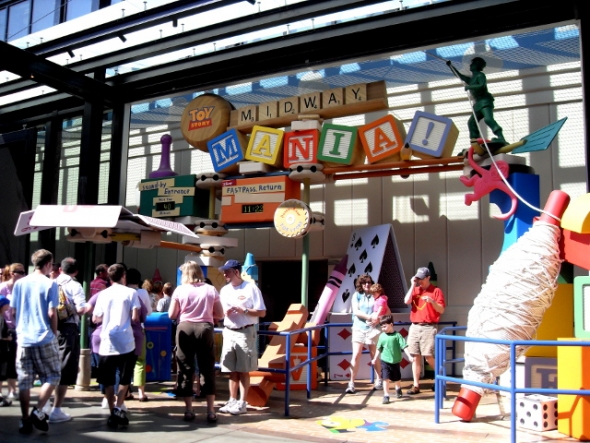 It is true that from the earliest days, Disney-MGM Studios relied heavily on non-Disney properties. After all, even its name celebrated a storied film studio that just happened to be a competitor. The Great Movie Ride was, and is, filled with scenes from movies that Disney didn’t make. The Indiana Jones Epic Stunt Spectacular, added in August 1989, and Star Tours, added in December 1989, are based on Lucasfilm properties.

As the years passed, the park added more and more non-Disney properties to its attraction lineup. But when filming was actually occurring in the park, and guests were able to watch both live-action and animated movies coming together before their eyes, it was easy to remember that the park was still part of the Disney brand.