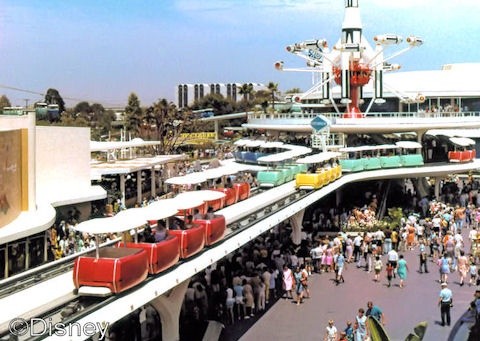 Some attractions aren't meant to last. Some rides simply meet the end of their operational life thanks to improving technologies that make them obsolete. Sometimes, attractions lose favor as a new generation begins to visit the parks and loses touch with classic rides. Unfortunately, there are times that rides need to be removed to make way for something bigger, better, grander. Some attractions simply aren't made to withstand the test of time.

Make no mistake: none of that is true of the PeopleMover. Gentle, simple, and outstanding in concept and execution, the progressive PeopleMover at Disneyland was a prototype for the future – one of Walt's innovations aimed at making life better for everyone. The classic attraction was poised to glide into the 21st century as a fan favorite and a wonderful, high-capacity ride along the highways of Tomorrowland. But the PeopleMover never saw the new millennium. Today, we're going to find out why.

As the latest in our Lost Legends series, we're asking again for your help. So far, we've explored a few lost attractions that we simply can't let die – from Alien Encounter and TOMB RAIDER: The Ride to Horizons; from California Adventure's one Soarin' success to Journey into Imagination and Maelstrom, and dozens more. Our hope is that, through your comments and sharing, we can preserve these lost attractions for a new generation who might hear about rides like the PeopleMover, but wonder, "What was the big deal?" So together, let's glide into history and explore the life of this lost Tomorrowland wonder.

When Disneyland opened in 1955, its Tomorrowland looked a world away from the land we recognize today. As the last of the park’s themed lands to be finished, Tomorrowland suffered the most from budget cuts and proprietary spending elsewhere. The first guests to visit would’ve recognized the land as a corporate showcase, with exhibits sponsored (and heavily branded) by Monsanto Company, American Motors, Dutch Boy Paint, and Richfield Oil to name just a few.

At the time, the land’s “starring’ attractions during its first year might’ve been the Kaiser Aluminum Hall of Fame, Crane Bathroom of Tomorrow, Circarama, and a 20,000 Leagues Under the Sea walkthrough utilizing remnants from the 1954 film. It wasn’t even until the year after the park’s opening that it finally hosted the Astro Jets – passenger-controlled rockets circling in Dumbo style – and the Skyway to Fantasyland. 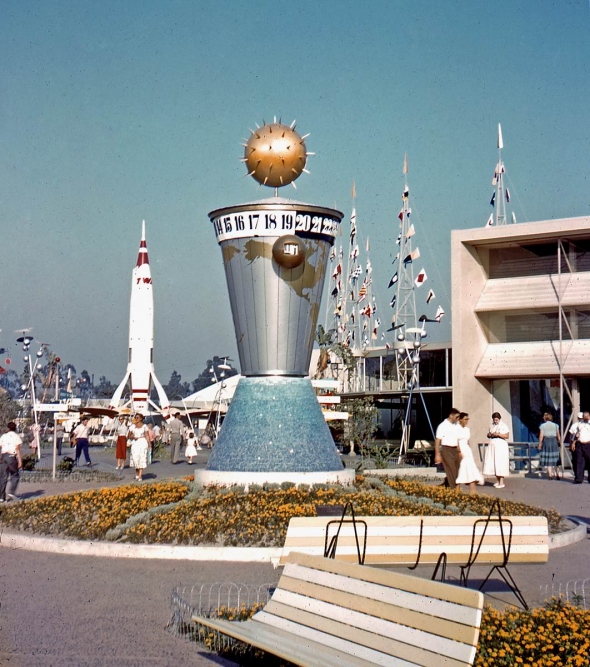 If you asked Imagineers, this “Tomorrowland” was set in the then-distant 1986 – a year so incomprehensibly far away, it might as well have been the stuff of science fiction. Imagine, for example, if today’s version of Tomorrowland tried to accurately and scientifically predict the technologies and inventions of 2046. Surprisingly (or maybe not), Disney and his team actually did do an exceptional job of predicting the textures, style, and feeling of the Space Age.

Over its first decade, Tomorrowland prospered. 1957 saw the opening of the fabled Monsanto House of the Future, a dynamic cantilevered home that dreamed of picture phones, remote-controlled televisions, and the must-see microwave oven that stopped visitors dead in their tracks. (The countertop version wouldn’t be available for another ten years.)

1959 saw the largest expansion in Tomorrowland’s history, and certainly in the park’s to that point. Three major attractions opened, all earning a newly invented designation: the E-ticket. Requiring the most limited and expensive ticket (in a park still based on a pay-per-ride system), the three new attractions were showstoppers. They were the Disneyland Monorail (the world’s first daily operating monorail system), the Submarine Voyage (the world’s largest peacetime submarine fleet, as Walt boasted) and the Matterhorn (the world’s first tubular steel-tracked roller coaster). 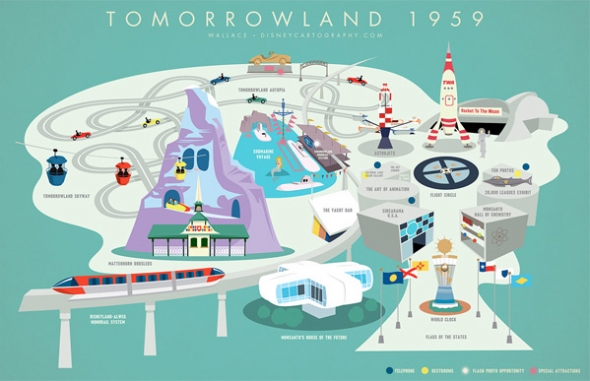 The massive influx of resources and attention on a mostly-undeveloped corner of Tomorrowland was no accident. With 1960 on the horizon, Tomorrowland had become something of a project for Walt. While the rest of the park was growing, Walt had felt since opening day that Tomorrowland was “not quite finished.” At Imagineering, the 1960s would see tremendous innovation and change, and it would all come to a head in a New Tomorrowland...Next, we’ll explore the inventions and technologies that Disney pioneered in the 1960s, and step into New Tomorrowland.

I'd love to see If You Had Wings visited. Loved that ride. Loved all the others that came after it too but that was my gave. I've only ever been to WDW so it was interesting to read about the PM. I love TTA and find it a refreshing ride.

Running an amusement park is much harder than armchair imagineering. I like to hear the theories because everything on paper looks amazing from an enthusiast point of view. The facts are much more complicated than the regurgitated articles that continue to roll out on the inter webs. Rarely do we get factual information out on the Wikipedia that is Disney fan fiction sites from real insiders such as Bob Gurr, who actually spoke to Walt and could tell you exactly what happened and "what Walt was thinking". But entertaining somewhat to read.

Really interesting article. I can't say I miss the People Mover at all though. There are many classic rides I'd be pissed if they removed but that was never one of them. Also don't really get the negativity over the current Tomorrowland. Star Tours is great, Submarines have been updated and look really good. Space Mountan got a minor Star Wars update but would be better if they really upgraded it. Autopia needs to be replaced, it's dirty and boring but kids still dig it.