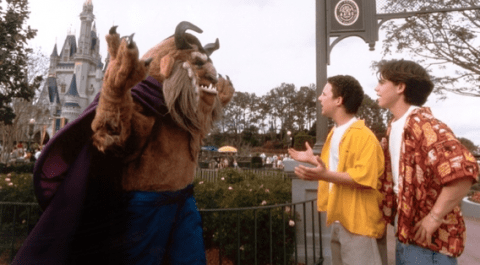 The Disney theme parks are perfect fodder for an episode or two of a sitcom. That’s why the Disney-owned ABC made an effort to promote Disney World on several occasions by having characters from their most popular television shows go to Orlando for a vacation. The scenario is pretty much a win-win: the Disney theme parks are promoted and the viewers get to see their favorite characters in unique environments that many of them already love. Here are four ABC shows that featured some family fun at Disney parks, and one series that took a VERY different approach with its excursion to The Happiest Place on Earth… 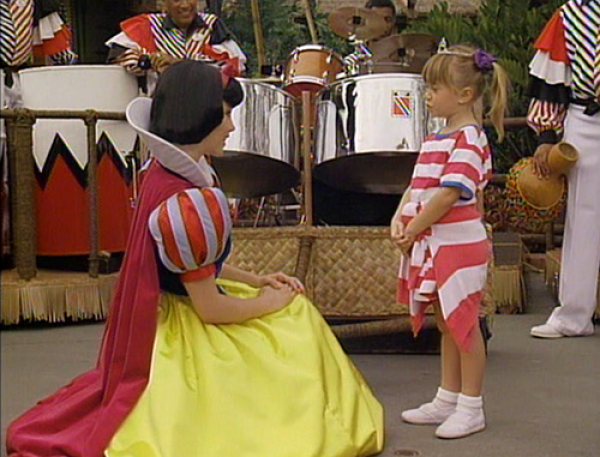 The cast of Full House lived in San Francisco, California, so maybe a trip to Disneyland in Anaheim would have made a little more sense, but they went to Disney World instead since that was the park that would benefit more from some promotion. The two-part Season 6 finale that aired in 1993 had Uncle Jesse’s band “Jesse and the Rippers” playing a show at Disney World and his two-year anniversary with his wife Becky. Given that Full House is about men raising three girls, it shouldn’t be a surprise that the Disney princesses played a big role in the story.

Michelle (played by the Olsen twins) rubs a magic lamp and wins the opportunity to be a “princess for a day,” to the ire of her sisters, especially Stephanie. D.J., Stephanie and Kimmy Gibler end up losing Michelle at the park, playing into a familiar trope. They find her safe and sound, because this is a sitcom after all. Together the family has tea with some Michelle’s favorite Disney characters, and Michelle makes up with Stephanie by letting her be princess for the remainder of the day. It definitely doesn’t break any new ground, but it is a perfectly pleasant episode of a perfectly pleasant sitcom that makes use of the magic of Disney World. 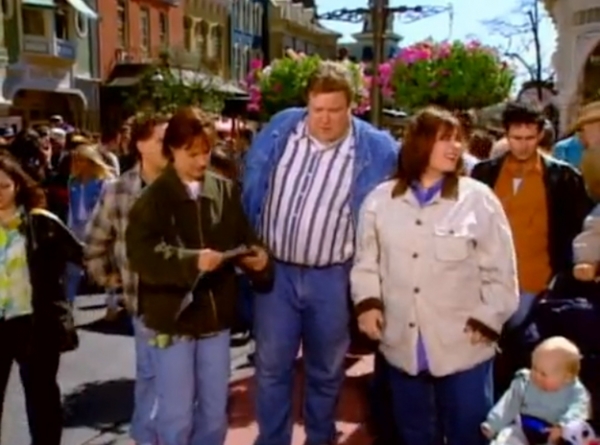 In Season 8, the last before the much-maligned final season, Roseanne and the rest of the Conners head to Disney World a little less than three years after the Tanners did. In this episode, the family basically says “screw it” and spends Dan’s last paycheck from the garage where he worked on a somewhat extravagent vacation. 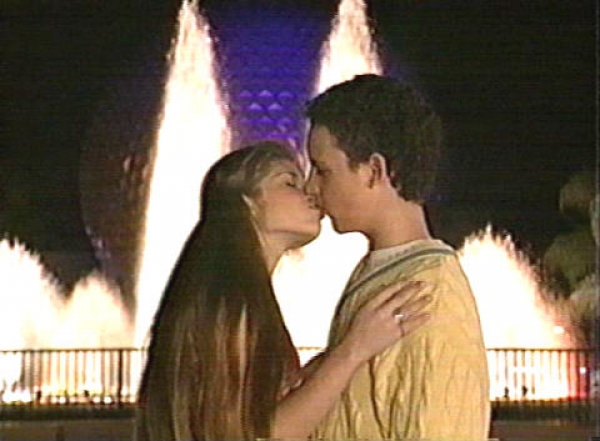 Only three months after Roseanne and her family took a trip to Disney World, Corey, Topanga and company from sitcom Boy Meets World went on a vacation there, as well. “The Happiest Show on Earth” aired near the end of the season, and had some significant repercussions for the characters including Corey and Topanga finally getting back together.