The Walt Disney Company exemplifies the concept of corporate juggernaut. During fiscal 2013, their business revenue exceeded $45 billion. A whopping $14.1 billion of that, almost a third, was earned at the various theme parks. The plentiful Disney parks around the world are such strong financial performers that over 20 percent of the company’s $10.7 billion in net profits in fiscal 2013 were grossed at the Happiest Places on Earth.

Now, you probably don’t care much about the economic data, a subject that most people find slightly less exciting than an insurance seminar. Still, a number of amazing Disney facts and figures exist that are easily put into perspective. Let’s take a look inside the data and point out some of the most relevant comparisons for the economics of Disney. The sense of scale for a lot of the company’s theme park tourism might just blow your mind. Here are six amazing comparisons for Disney’s park statistics.

No, I’m not talking about their clean energy plans, although the company is planning some excellent steps in this regard. Instead, let’s prove that it’s all about the Benjamins. $14.1 billion is a very large number, but understanding exactly how big is tricky. I mean, I could say that it’s seven Los Angeles Clippers purchases; that sounds a bit trite, though.

Since Disney’s originals are in cinema, let’s think about that amount of revenue in movie terms. The Harry Potter franchise currently holds the throne as the most popular movie series of all-time, usurping the previous record holder, James Bond. The eight Harry Potter movies have earned global box office in the amount of $7.7 billion while the 23 Bond films thus far have grossed $6.2 billion. So, the Disney theme parks earned more in 2013 alone than the 31 movies comprising the two most popular franchises ever have earned in combination.

Putting the situation another way, the 14 movies comprising the Pixar library have earned $8.5 billion worldwide. If we add Disney’s other prized film franchise in the 2000s, Star Wars, that’s another $4.5 billion, which is still $1.1 billion short of what a Disney theme park grosses annually these days. Even if we toss in The Lion King’s billion dollars in grosses during two different releases, it’s still not enough. I have now mentioned four of the signature cinematic franchises in Hollywood, yet all the Disney amusement parks dwarf them in revenue. Just spin that over in your head for a moment. 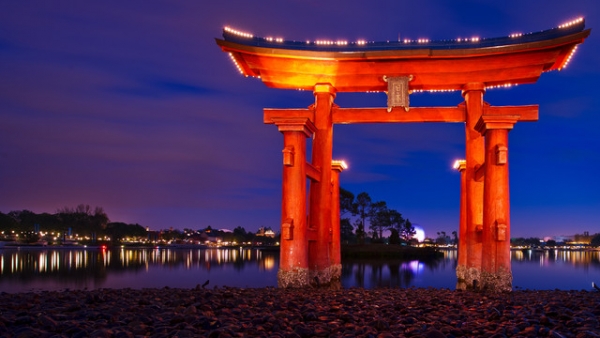 No, I’m not talking about the highly underrated 2013 zombie flick, although you should totally watch that. Instead, I’m referencing the swarming mass of humanity that invades the various Disney properties each year. The numbers here are staggering.

132.5 million people visited Disney theme parks in fiscal 2013. How many people is that? Well, there are only a dozen countries in the world with populations in excess of 100 million. And if all the people who enjoyed a trip to the happiest place on Earth in fiscal 2013 suddenly became citizens of a country we’ll call Epcot, it would be a huge force in the United Nations. To wit, Epcot would claim more citizens than Japan and only a few million less than Russia, making it the 10th largest country in the world…and the national flag would presumably include dozens of Hidden Mickeys. 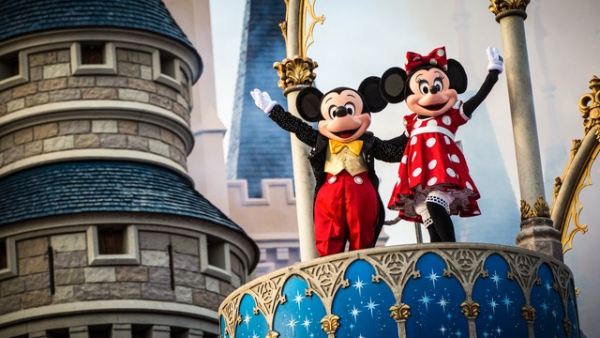 Roughly 18.6 million people visited Magic Kingdom in 2013, making it the most trafficked theme park in the world. To appreciate how many people we are discussing, consider the United States of America. Only four of these states claim populations larger than Magic Kingdom had in attendance in 2013.

When fiscal 2014 numbers are announced later this year, Disney may reasonably expect to approach or possibly even match the current population of the state of New York, 19.7 million. After all, the company increased 6 percent from 2012 to 2013, and that is the precise amount of growth required to expand attendance from 18.6 million to 19.7 million. Some analysts have projected 20 million in attendance for the park for fiscal 2014. If those estimates prove accurate, Magic Kingdom would have the equivalent of the third largest population of any American state. Its 2013 numbers are enough to make it the fifth largest state, beating the current fifth place entrant, Illinois, by almost six million. Are you starting to appreciate the scale of Disney’s attendance?

One of the world's largest Navy's (counting all watercraft) puts it in 4th or 5th place.

I've always heard it cited as fifth. Not sure if this is still accurate, though...