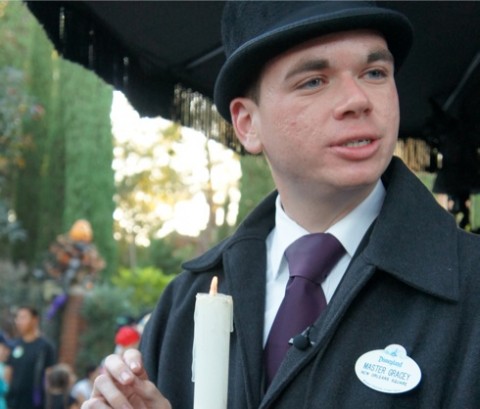 I have to admit, in my early days of visiting Disney parks I didn't understand the appeal of the tours Disney offered. After all, I was already paying a not-insubstantial amount just to enter the park: why would I want to add more to it?

Of course, past me had a point: Disney's selection of tours are pricey, just like every other offering in the parks. But I've come to realize that Disney's tours offer unique entertainments you won't find anywhere else, even if they can't quite be called a value. What really changed my mind was Disney's Happiest Haunts Tour, which takes place throughout the Halloween season at Disneyland Resort.

While Halloween is a great time to visit any Disney park, it's a particularly spectacular time at Disneyland, which has some extra seasonal color. In addition to the standard fall decor, you'll find both Space Mountain and the Haunted Mansion have holiday makeovers as well as a Halloween tree in Frontierland. Still, this doesn't seem like enough to prevent the same tour from making a Disney World debut — and considering Disney's fondness for holiday add-ons, it's surprising that the tour hasn't made an east coast appearance yet... but perhaps one year.

While the tour changes annually, the 2014 edition featured more rides, more treats, and an updated story. For those of you who won't make it to Disneyland to experience this tour first-hand, here's a look at this year's Happiest Haunts.

1. You'll need to coax your host into appearing 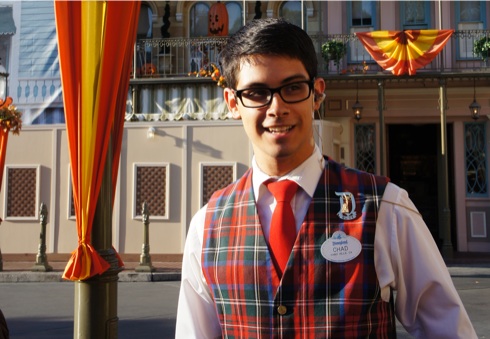 Like many Disney tours, this one starts with a plaid-clad tour guide walking us down Main Street. The highlights here are all Halloween-themed, with pumpkins, decor, and Halloween traditions being discussed as we stroll through the park. We're treated to a pumpkin-decorated marshmallow at the Candy Palace to give us the sugar-power to make it through this 2.5 hour walking tour — it won't be the last treat we'll get, but it's the last we'll get for a while.

As we head towards the Haunted Mansion, we also make several attempts to summon our own happy haunt by reciting some of Madame Leota's incantations.... but, with the sun still shining, it's perhaps a bit too early for the park's ghostly inhabitants to come out and play. By the time we've gotten through the Haunted Mansion, however, it's nearly dusk and our tour group is joined by its very own ghost host in the form of Master Gracey himself.

Gracey makes for a rather surreal figure in the park: he wears a dark suit and tie with a cloak and his mannerisms are all slightly odd, which certainly makes him stand out from the casually dressed tourists.

2. Your tour guide is a resident of the Haunted Mansion 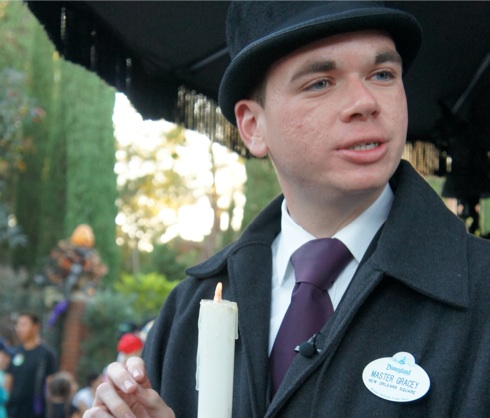 Master Gracey — a reference to imagineer Yale Gracey, who worked on the Mansion — isn't a prominent character at Disneyland's version of the Haunted Mansion, existing only as one of the portraits lined up in the portrait gallery (but he can't be found at all during the Haunted Mansion Holiday overlay). At Disney World there are more references to Gracey, supposedly master of the house, whose portrait hangs in the foyer and whose tombstone — "Master Gracey laid to rest. No mourning please at his request." — is outside. Though the Gracey on our tour never quite explains who he is, he’s clearly made out to be a ghost of some renown — and perhaps the master of the mansion, as he’s implied to be at Disney World.

The real story behind the Haunted Mansion is a bit vague, in part because it was cobbled together by imagineer Xavier Atencio based on a number of different scripts and concepts — but the story as told by Gracey during the tour somewhat resembles that of the Phantom Manor in Disneyland Paris. There, the Manor — the park's version of the Haunted Mansion — is located near Big Thunder Mountain Railroad, and the Manor's story ties them together by saying the same man owned both properties... and their ghostly fates were quite intertwined: when one became a ghost town, so did the other.