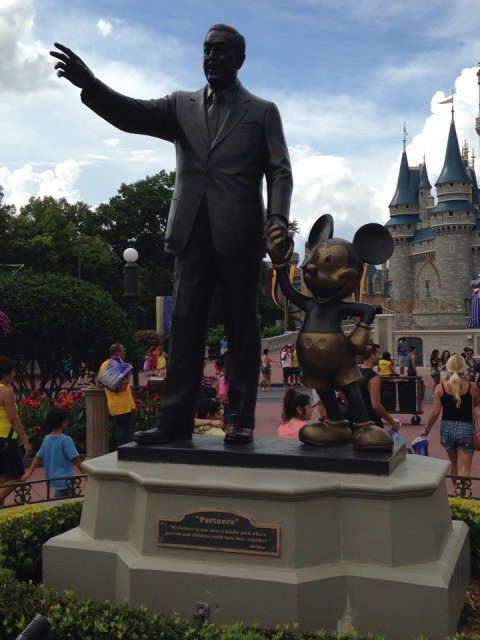 There’s nothing a Disney fan loves more than a little hidden trivia, which is why so many myths about Walt Disney World persist. Unfortunately, many of the frequently cited “secrets” that you’ll find online or hear from the guest behind you in queue are quite simply untrue.

As a former Cast Member at Walt Disney World, I know that many of the "hidden secrets" of the resort are completely genuine. Some, though, are based entirely in fiction. Let's debunk five of the most popular once and for all.

1. The camel at The Magic Carpets of Aladdin is controlled by a Cast Member 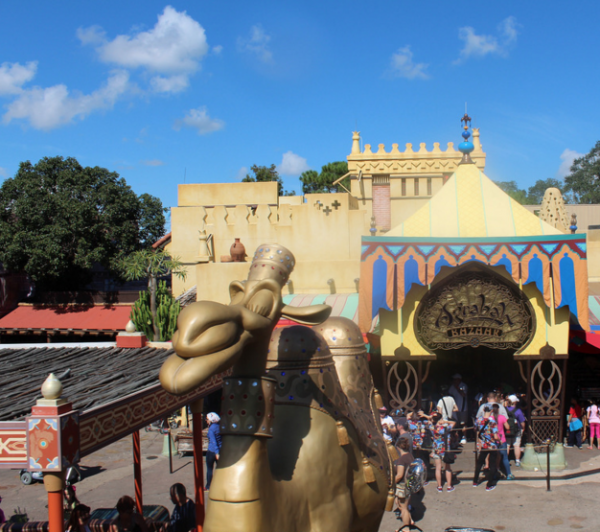 The Claim: This was a new one to me, but eBaum’s World recently published a piece claiming that the spitting camel outside The Magic Carpets of Aladdin is controlled by “a man nearby who judges whether or not he can hit the unsuspecting visitors.”

The Truth: As a former Cast Member on the Magic Carpets attraction, I can tell you that the camel is automated, turning its head back and forth at regular intervals to spit alternately at the ride and at the street. If you’re caught by the spray, it’s not because a crafty Cast Member was hoping to surprise you. It’s simply because you probably weren’t paying attention to both the regular swivel of the camel’s head and the giant wet spot in the middle of the street.

2. No one dies on Disney property 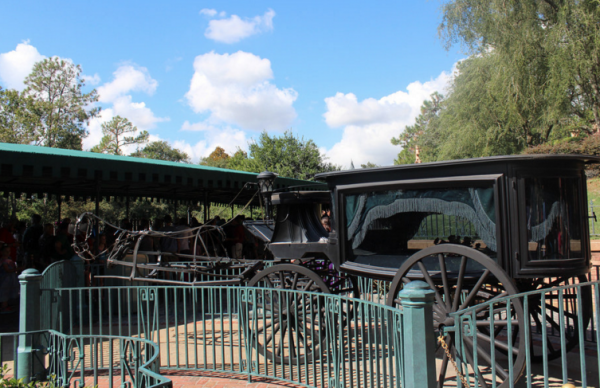 The Claim: It’s long been claimed that no one dies on Disney property because victims are transported off property before they’re legally proclaimed dead.

The Truth: The concept behind this myth likely stems from the possibility that someone may die on property yet receive the official declaration of death once they reach a hospital. However, there have been incidences where guests or Cast Members died on property and it was reported as such. Snopes quotes a 1984 New York Times article as saying “A man was pronounced dead at the scene.” In reference to a story about a plane crash in the Epcot parking lot.

While the actual time of death may be difficult to distinguish in some cases, others leave little room for interpretation, such as the death of a monorail conductor in a terrible accident in 2009.

3. Walt Disney’s face is projected onto a bust in the Haunted Mansion

The Claim: The broken bust in the Haunted Mansion graveyard features the face of Walt Disney.

The Truth: The face on this bust belongs to Thurl Ravenscroft, who sings the lead part in “Grim Grinning Ghosts.” His mustache gives him a slight resemblance to Walt Disney, but this is not actually Disney’s face. In fact, Walt had already passed away by the time the film for the busts was made.

Actually, Walt DID have an apartment on Main Street, he just passed away before he ever got to stay in it. It's not on top of the firehouse either. Whoever wrote this should probably do more research.

I took the Keys to the Kingdom tour and they told us that Walt DID have an apartment on Main Street, the same as in Disneyland. Why would they lie to us about this?