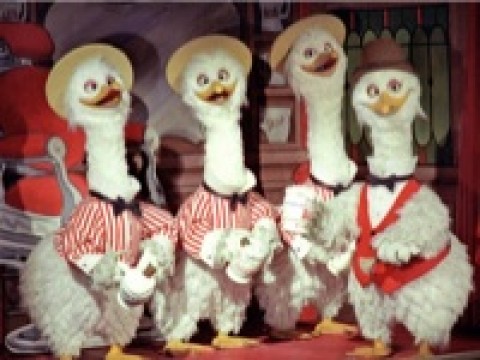 Though plenty of classic attractions remain, Disney parks have changed a great deal over the years and, inevitably, some rides have been lost forever in the process. Though a closed ride doesn't necessarily indicate a ride is gone forever — Carousel of Progress closed at Disneyland only to reopen at Magic Kingdom while long-gone Captain EO reopened as Captain EO Tribute after Michael Jackson's death — there are plenty of rides aren't likely to be resurrected.

These former attractions can no longer be found in any Disney theme park, but they live on in our memories.

1. Rainbow Caverns Mine Train / Mine Train Through Nature's Wonderland (Disneyland, closed in 1977) 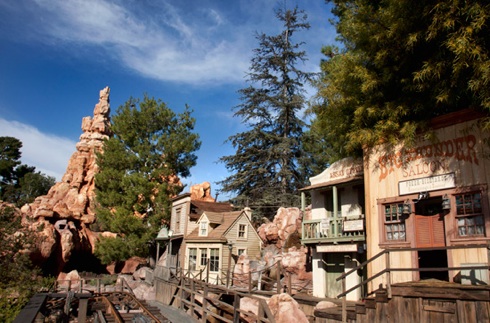 Opened in 1956, the Rainbow Caverns Mine Train took up most of the original Frontierland with a leisurely train ride through the constructed wilderness of the Living Desert and the Rainbow Caverns. In 1960, the ride was expanded and renamed Mine Train Through Nature’s Wonderland, adding Bear Country and Beaver Valley.

Much like today's Jungle Cruise, the ride was populated with animatronics — over 200 of them, including bears, beavers, bobcats, and more — that brought the ride scenes to life. Unlike today's Jungle Cruise, however, the ride had a fixed (and not at all pun-filled) narration, so perhaps it's best that the ride closed in 1977 to make way for the thrill ride Big Thunder Mountain Railroad.

However, some small parts of Nature's Wonderland remain in Disneyland today — the town of Rainbow Ridge where the Mine Train used to load is still part of Big Thunder Mountain Railroad and across from Thunder Mountain's exit you can still see a pond with animatronic jumping fish and a tunnel with track that used to be part of Bear Country, but now are just background decoration. 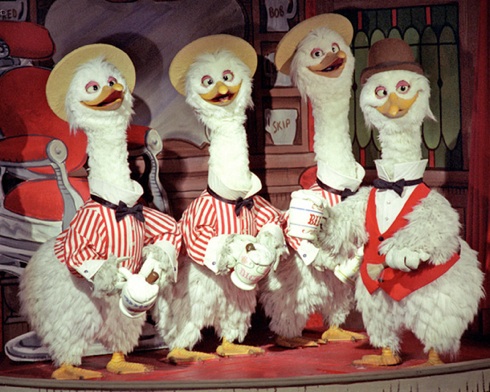 When the Carousel of Progress left Disneyland in 1973 (moving to Florida's Magic Kingdom, where it opened in 1974), it made way for a new attraction: America Sings. This elaborate musical show took viewers on a trip through American musical history, featuring 115 animatronic animals singing 30 different songs and medleys.

Hosted by Sam the Eagle (not the muppet, though equally patriotic), the theater cycled through four acts, each featuring a different animatronic cast and focusing on a different musical era. The show was comparable to the Country Bear Jamboree — which then operated at Disneyland and still operates at Magic Kingdom and Tokyo Disneyland — but scaled way up with more than twice the number of animatronics. As you can imagine, this many animatronics meant a lot of variety — there's a basset hound in a rocking chair singing "My Old Kentucky Home," foxes in suits singing "Down by the Riverside," a vulture duo singing "The End of Billy the Kid," an old gray mare singing "The Old Gray Mare," and storks singing "Twistin' U.S.A."

Closed in 1988, America Sings was mostly a victim of declining attendance at Disneyland at the time. Many of the attractions animatronics were used elsewhere — most added to Splash Mountain, which would open in 1989, but several of the show's geese were moved to Star Tours. (The Star Tours geese remain part of the ride's pre-show queue, and can sometimes even be heard singing a modified version of "I've Been Working on the Railroad" — if you spot a long-necked robot with triangular feet, you're probably looking at an America Sings original!)

The America Sings building was used for office and storage space for a decade, reopening in 1998 as the rather less interesting Innoventions. 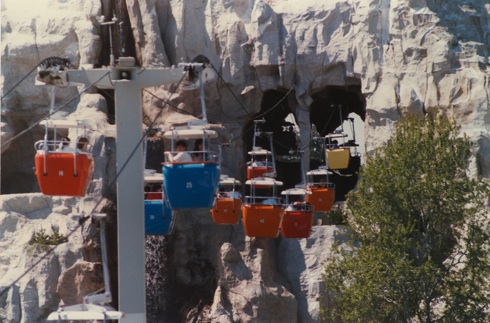 Once upon a time, you used to be able to sail over Disney's classic castle parks on a Skyway, which in California, Florida, and Tokyo transported you from Fantasyland to Tomorrowland. The ride gave you a bird's eye view of the park with a few thrills, too — at Disneyland, the ride passed through the Matterhorn Mountain, while Magic Kingdom's version dipped close to the ground and took a sharp turn.

Operating starting at a Disneyland in 1956, Magic Kingdom in 1971, and Tokyo Disneyland in 1983, all versions of the Skyway are presently closed and unlikely to return. Despite the popularity of the ride — with frequent lines at both stations — the Skyway had several issues that may have forced its closing (though Disney's official reason was that demand for the ride had fallen). The ride had a low rider capacity compared to other, newer rides — specifically, the closing at Disneyland happened when the park was preparing to open Indiana Jones and the Temple of the Forbidden Eye, which entertained more guests per hour. And several notable accidents in which guests climbed out of the Skyway's gondolas mid-flight probably didn't help the ride's lifespan, either.

Ranking the 6 Disney CEOs From Worst to Best