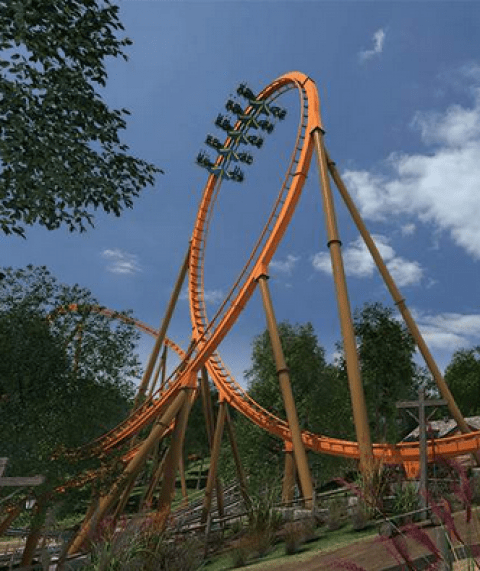 66 days at sea have lead to an extraordinary creature of the skies. Holiday World in Santa Claus, Indiana is unique among amusement parks. The family owned and operated park began from humble roots, and continues to stand out among its competitors by offerings free Wifi, free soft drinks, free sunscreen, and free inner tubes at its incredible included water park, Splashin' Safari.

If the park's perpetual annual award-winning friendliness wasn't enough incentive to visit, its standout coaster lineup would be. The park has, so far, dealt exclusively with wooden coasters, resulting in a trifecta that amazes even seasoned enthusiasts.

As the park's name suggests, it's divided into themed lands based on Christmas, Thanksgiving, Halloween, and the Fourth of July. In Halloween, Raven and The Legend have been thrilling guests since 1995 and 2000, respectively. Thanksgiving houses the park's most celebrated wooden coaster, The Voyage, opened in 2006 and today acting as the park's signature attraction. Due for another massive ride, Holiday World has thrown its full weight behind a new addition for 2015...and here's what you need to know about it.

It all started with a voyage across the seas. And indeed, viral marketing tied the park's 2015 addition to that voyage (and its eponymous roller coaster) by releasing one entry per day from a supposed "pilgrim's journal" that tracked the 66-day travels of the Mayflower. At once, it was clear that whatever was coming in 2015 would join The Voyage and 2014's addition, the swinging ship Mayflower, in the Thanksgiving land at the park.

But what would it be? A water ride? A new wooden coaster? Certainly Holiday World wouldn't venture into the steel coaster territory that they'd avoided for so long?

As the announcement date neared, the pilgrim's journal began to hint at a strange creature that had been spotted in the stormy clouds over the ship, seemingly soaring overhead from the mysterious New World...any ideas yet? Even if fans got close, they couldn't have guessed the full extent of it. 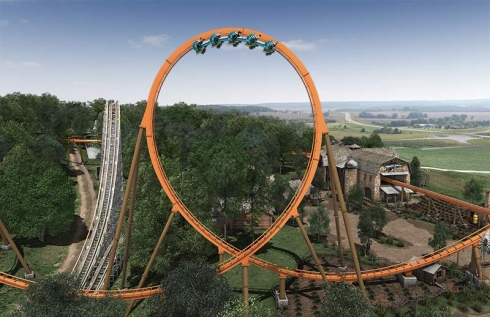 In 2015, Holiday World will open Thunderbird, a striking sunrise-orange B&M Wing Rider roller coaster. In the past, we've seen Wing Riders essentially take three forms. The first type (as Gardaland's Raptor and Thorpe Park's The Swarm) utilizes the model's ultra-wide trains to highlight near-miss moments along the ride's circuit, where riders and onlookers have the suspicious feeling they're about to be decapitated.

The second style (like Dollywood's Wild Eagle) leaves the compact layout and near-misses behind, opting for grand, sweeping, oversized inversions that play on the ride's massive size and wingspan to produce weightlessness and sensations of free flight.

The third style is a comfortable blend of the two, with one or two signature "near-miss" moments located throughout a sweeping course. This middle ground has found successful footing in Cedar Point's GateKeeper (with its huge layout featuring two keyhole towers) and Six Flags Great America's X-Flight (with its singular aviation tower fly-through).