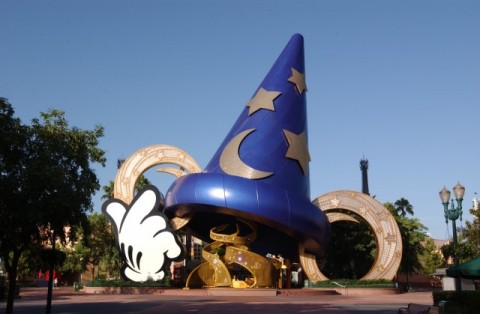 When it was originally opened in 1989, Disney-MGM Studios was designed to be a "half-day" park, and offered just a handful of attractions. However, it proved to be wildly popular, and plans were immediately put in place to expand it. Nowadays, under its new name of Disney's Hollywood Studios, the park is home to some of the best rides and shows at Walt Disney World. The scale and scope of some of those attractions is truly impressive. Here are 20 amazing facts to impress your family and friends with next time you visit Disney's Hollywood Studios! 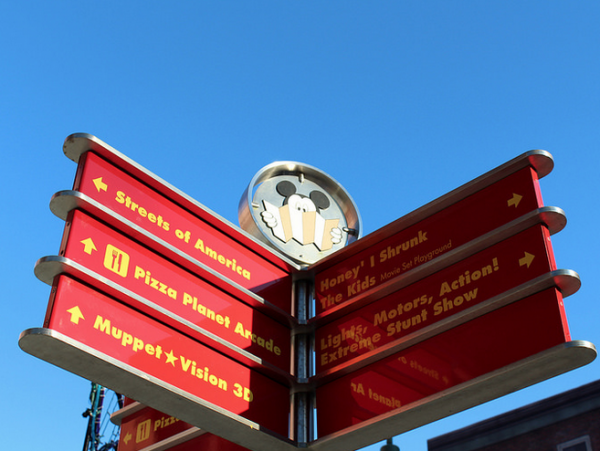 Disney's Hollywood Studios covers 135 acres, making it larger than the Magic Kingdom, but smaller than Epcot and Disney's Animal Kingdom. 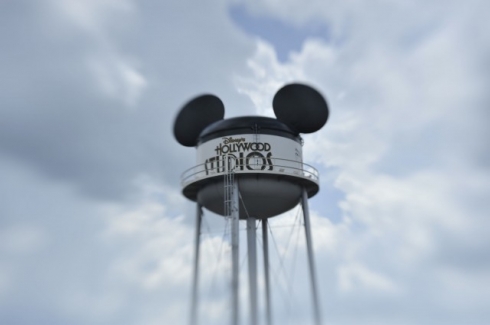 The Earffel Tower was the original icon of Disney-MGM Studios (as the park was known when it opened in 1989). It is not a working water tower, and has a diameter of 8.5 feet. This translates into a hat size of 342 3/8. 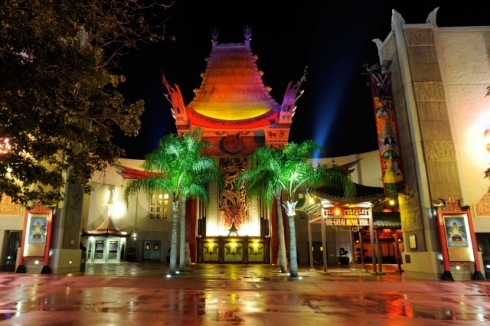 The Great Movie Ride was originally proposed as an additional pavilion for Epcot's Future World. However, when Universal announced plans to build Universal Studios Florida, Disney CEO Michael Eisner ordered the company's Imagineers to expand the design into a complete new theme park.

The original plans for Universal Studios Florida called for a "front lot" walking tour, as well as a tram tour through the studio’s backlot. A major set-piece, the "Hollywood Canyon", would see a tram rolling onto a bridge in view of the Hollywood Hills. A massive earthquake would then strike, causing a dam to crack and a wall of water to pour down towards the tram, which would escape into an oil field in time for riders to witness a semi-trailer truck explode after crashing into an oil tank. The plans for Disney-MGM Studios, announced in 1985, bore a striking resemblance to those for Universal's tour. The main attraction would be a tram tour past four working soundstages, an animation building, backlot sets and post-production facilities. One of the set pieces to be included in the tour would be “Catastrophe Canyon”, during which an earthquake would shake the tram, cause fires to ignite, lead to an oil tank explosion and trigger a flash flood. The similarities to Universal’s proposed Hollywood Canyon were undeniable, and Universal was forced to change its plans. 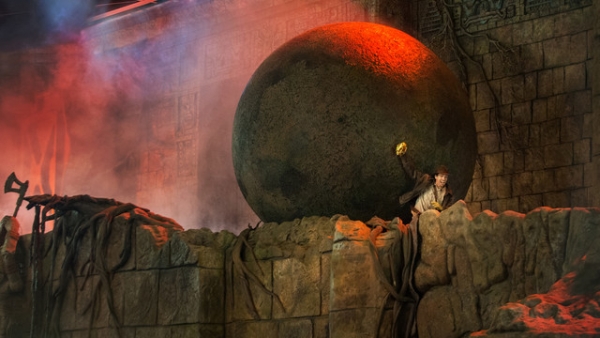 The giant rolling ball in the Indiana Jones Epic Stunt Spectacular weights a huge 440 pounds. The moving sets in the show weigh around 100 tons. 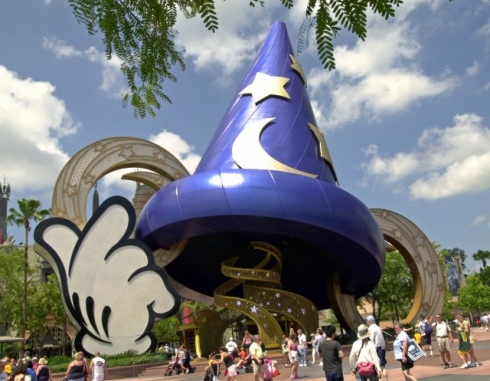 The Sorcerer's Hat was added to the park on December 5, 2001, to commemorate the 100th anniversary of Walt Disney's birth, and was removed in 2015. It sat on foundations built from enough concrete to cover a football field, and stood 122 feet tall. That equals a hat size of 605 7/8. 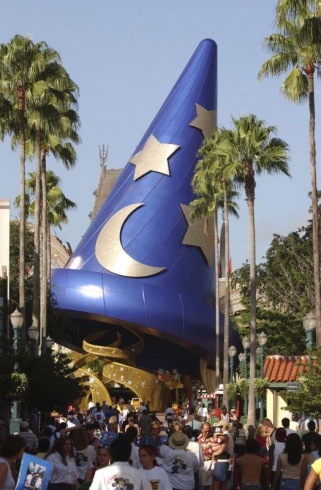 13,493 bolts and 26,986 washers were used in the construction of the Sorcerer's Hat. The hat was painted using "chameleon paint", a custom technique that causes it to shift in color as guests move closer and around it. 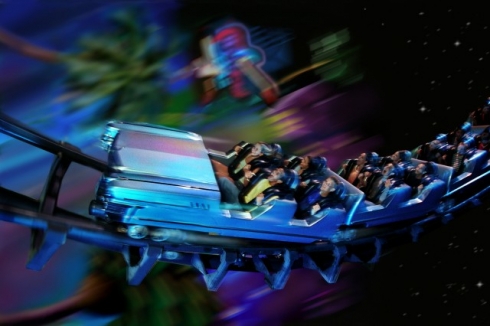 Rock 'n' Roller Coaster was originally built outside, with the enormous ride building then being constructed around it. The volume of the building is more than 3.7 million cubic feet. 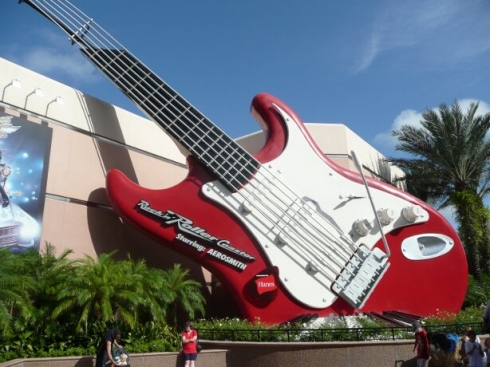 The stratocaster guitar that stands at the entrance of Rock 'n' Roller Coaster has a 32-foot-long neck. 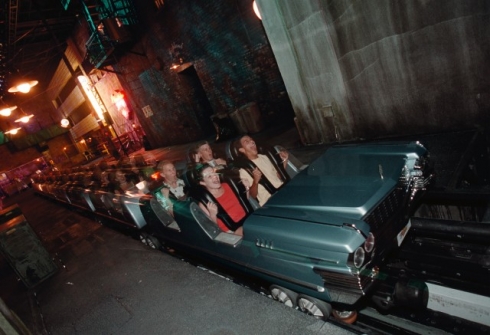 The Rock 'n' Roller Coaster limos accelerate from 0 to 57 miles per hour in 2.8 seconds.