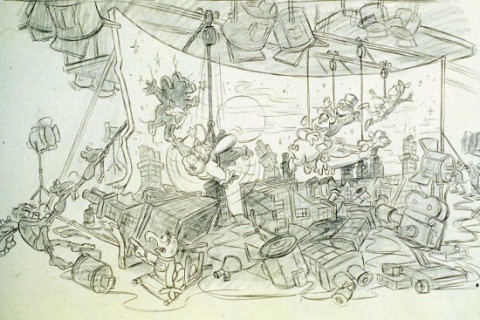 Back in the early 1990s, Disney-MGM Studios (now renamed as Disney's Hollywood Studios) was locked in a battle with Universal Studios Florida for the title of "best movie studio theme park in Orlando".

Universal's park had suffered a disastrous debut in 1990, but began its turnaround with the opening of Back to the Future: The Ride in 1991. Disney's park, meanwhile, had been criticized for its lack of attractions, after CEO Michael Eisner had insisted that it be designed as a "half-day park".

Disney-MGM Studios had opened a full year before Universal Studios Florida, and attendance was strong. Eisner promised to remedy the capacity problems, saying: "The studio needs to be bigger, and it needs to be on the scale of the other two parks." Expansion plans were quickly put into place.

Part of the expansion was to be an entire new land based on Jim Henson's Muppets, dubbed The Muppet Studios. This would include the Muppet*Vision 3-D movie theater, a stage show and a parade. The star attraction, though, would be The Great Muppet Movie Ride. This would complement the existing Great Movie Ride, one of the park's original E-Ticket attractions.

Disney promised that the Great Muppet Movie Ride would take guests on a "misguided tour through movie history". Effectively a parody of the Great Movie Ride, it would boast an entirely Muppet cast. Describing it, Henson said that it would be "a backstage ride explaining how movies are shot...but all the information is wrong." You can see Henson in the video above, which promotes a host of attractions that never saw the light of day. 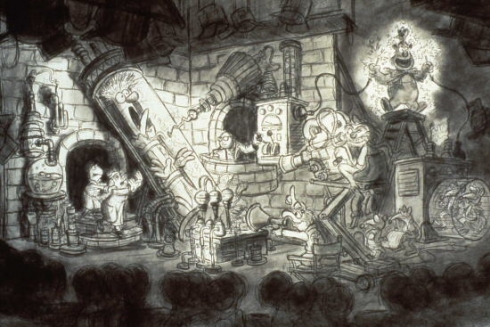 The experience would be hosted inside a shadowy castle, complete with special effects such as buzing generators and scientific machines. Riders would board enormous vehicles similar to those used in the Great Movie Ride for their tour. Disney's Imagineers planned to spend a fortune on the attraction, making it the number one ride at Disney-MGM Studios.

One of the key scenes would see Kermit, Miss Piggy, Bunsen Honeydew and Beaker starring in a parody of the 1931 movie Frankenstein. Gonzo would direct, with a 10-foot Beaker starring as Frankenstein's monster. The whole affair would be powered by two rats running in a hamster wheel. 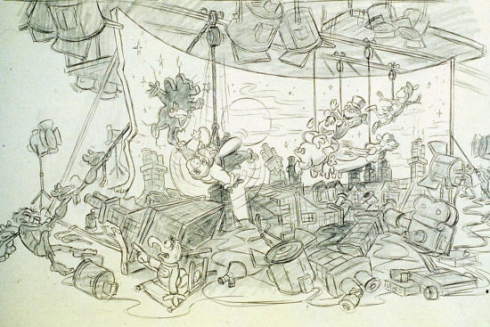 Peter Pan would also undergo the parody treatment, with Kermit taking the lead role. Skeeter, Fozzie and Janice (playing the Darling children) would fly over a recreation of London, carried by very obvious harnesses. Miss Piggy, playing Tinkerbell, would crash through the backdrop.

Another scene, based on the Pigs in Space sketch in The Muppets Show, would be set in a recreation of the bridge of the USS Swinetrek. Miss Piggy would lead the fight against a group of "space pirates".

Just as Statler and Waldorf provide a running commentary on Muppet*Vision 3-D, they would ride around the Great Muppet Movie Ride in a golf cart, discussing it as they went.

Disney was keen to buy the Muppets outright from Jim Henson. However, following his sudden death in May 1990, the company continue to push forward with its plans for Muppet Studios. This angered his children, who cancelled the deal. Instead, they agreed to license the Muppets characters for individual attractions, with the 3-D movie, stage show and parade going ahead but the Great Muppet Movie Ride being dropped.

Eventually, in 2004, Disney did agree a deal to buy the Muppets from the Jim Henson company. While movies have followed, there has been little talk of expanding the Muppets' presence in the company's theme parks.