The zany cast of the Muppets comes to life in this hilarious 4-D movie chronicling the gang's attempt at creating a show-stopping extravaganza, but inevitably things go wrong.  The show includes Kermit, Miss Piggy and the whole Muppets gang. 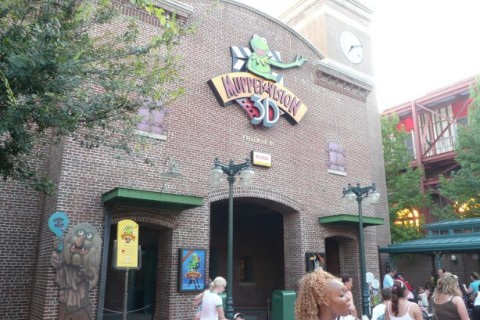 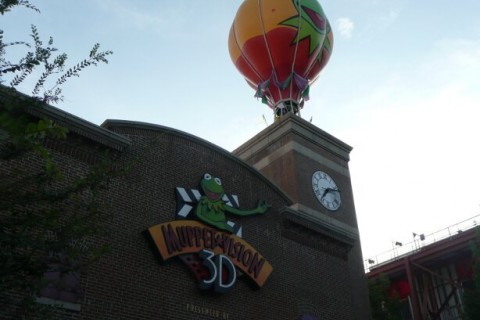 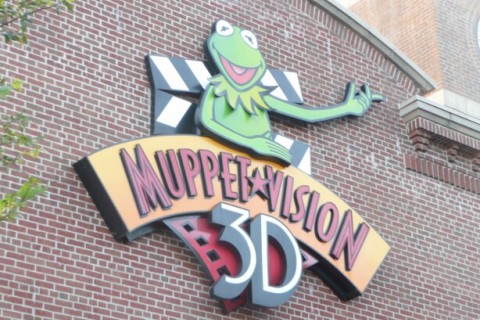 See all photos of Muppet*Vision 3-D

Muppet Mayhem for the Young or Old.....in 3D

I've been a fan of the Muppets since I was a little kid, and you know what? I still am today. The Muppet Show and each Muppet movie (only the ones directed by the late Jim Henson) has that clever, zany, humor to it that just never gets old. It was a very good move when the Walt Disney Company purchased Henson Studios and the rights to the Muppets characters.....and an even better move to come up with MuppetVision 3D. This show, located in Walt Disney World's Hollywood Studios theme park in Florida, is a real delight, even after repeated viewings.

All our favorite Muppets characters are to be found here.....some only in 3D movie form (Kermit, Fozzie, Gonzo, Scooter, Bunsen/Beaker, Sam the Eagle, etc...), others in animatronic (Statler & Waldorf, penguin orchestra, Swedish Chef) and/or live actor in a costume (Sweetums).

The gist of the show is that we all walk in and are in the Muppet theater (typically seen on the old Muppet Show). Even joining us as the audience is the typical old crotchey curmudgeons Statler and Waldorf in their usual balcony seats, tossing out one biting (and funny) criticism of the show after another. Once the show begins, and we're welcomed by Kermit, we're taken to Muppet Labs where scientist Bunsen Honeydew and his (meep-meep-meep) assistant Beeker have created Waldo, the 3D Muppet (the spirit of 3D) who proceeds to wreak havoc with everyone and anyone. At the same time, various Muppet Show-style skits and numbers are performed by Miss Piggy and others, all with the aid of a Muppet bunny named Bean......a well-meaning, if very clumsy fellow. Finally, the show ends with the patriotic "glorious 3 hour finale" by Sam the Eagle, condensed down to 3 minutes.

Just like with most other 3D shows in Disney World, the effects in MuppetVision 3D aren't limited to what you see on screen with your special glasses. In addition to the animatronics within the theater (in front of you and behind), a live-actor in costume as Sweetums makes an appearance, and we're also subjected to a few light sprays of water and a shower of bubbles from above. All in all, this 17-minute long show is really quite enjoyable. It's funny, it's clever (probably the last example of the typically clever Muppet humor when Jim Henson was around), and it's a good way to still enjoy a good attraction and get off your feet at the same time.

On your way into the attraction, be sure and take notice of the variety of Muppet-themed movie posters all around you and the overall theming of the building. When you walk into the lobby and pick up your glasses, you're also treated to a clever pre-show with Scooter, Rizzo, Fozzie, Sam, and it's a good way to kill the time while you wait for the next show to begin. The only negative to that is that your wait can be a little long and having to stand there can be a little tiresome on your feet and legs. I definitely feel for those parents who have to wait while holding onto their littles ones.

MuppetVision 3D is a lot of fun, and still holds of very well even if you've been to Hollywood Studios many times. It's a favorite of ours and really one of those not-to-be-missed attractions, despite its age.

The Muppets were still big, and 3-D was something that was typically only seen in red and blue form to the rest of the world, so Disney had a true treat for any guest that was getting to see the 3-D experience in "Muppet*Vision".

I will never forget seeing the 3-D for the first time as the little blue character came flying out towards the crowd. Matching the 3-D with a few 4-D effects made the experience a true "one-of-a-kind".

Today, seeing some of the tricks in the show is still enjoyable. The script is still as fresh today as it ever was, and the old men in the balcony top the show off perfectly.