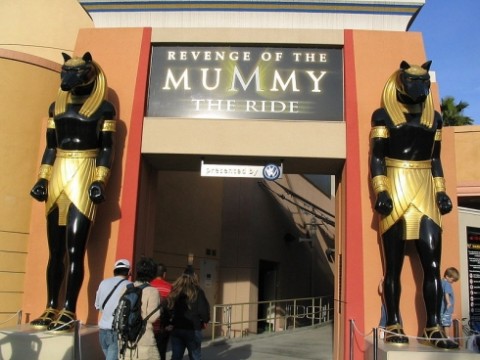 We're focusing on Universal Studios Hollywood as our "Park of the Month" for October 2013. The original movie-themed park now boasts an impressive line-up of world-class attractions, alongside its iconic Studio Tour. It can be a challenge to fit in everything you want to see during your visit, so we've called in an expert to offer some essential tips for visitors to the park. Jon Fu is the editorial director of Inside Universaland oversees the creative direction of the site’s content. Jon originally founded InsideUniversal.net in 2006 as a summer hobby aimed at providing families and fans a resource for all things Universal Studios Hollywood. 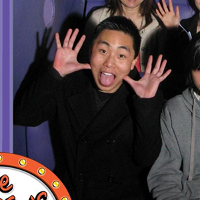 Since then, the website has taken him throughout the United States and around the world – including to places like Universal Orlando Resort, Universal Studios Japan and Universal Studios Singapore. Jon currently resides in Santa Cruz, California. You may reach him at [email protected]. We're huge fans of Inside Universal, and we're pleased to share Jon's views on the very best that Universal Studios Hollywood has to offer.

What would you recommend as being the very best, not-to-be-missed ride/attraction at Universal Studios Hollywood, and why?

Putting the Studio Tour aside (and I’ll elaborate more on this later), Transformers: The Ride – 3D has been an absolute hit with park guests. Billed as an “adrenalized multi-level ride-track, visceral special effects, one of the most elaborate flight simulation ride systems ever created,” Transformers combines the very best of motion-simulation alongside live-action special effects. So in other words, think beyond the tried-and-true format of “one-room, one simulator” and imagine a ride vehicle that seamlessly transports you to different scenes and different dimensions from the Transformers franchise. It’s a spectacular experience that borrows heavily from the Amazing Adventures of Spider-Manover at Universal Studios Japan and at Islands of Adventure, and it’s quite easily Universal Studios Hollywood’s biggest ride since Jurassic Park - The Ride. That being said, the easy answer to this question would almost certainly be the Studio Tour. Unlike most movie studio/theme park combinations, Universal Studios Hollywood is first and foremost a bustling movie and television studio, followed by the fact that it also happens to be a theme park. This unorthodox combination harkens back to the original founding of Universal Pictures and the eventual growth of the theme park complex – starting with the original Studio Tour back in the 1960s. As chance would have it, the Studio Tour eventually expanded and created the theme park experience you see today, while simultaneously spawning other full-fledged Universal theme parks around the world. 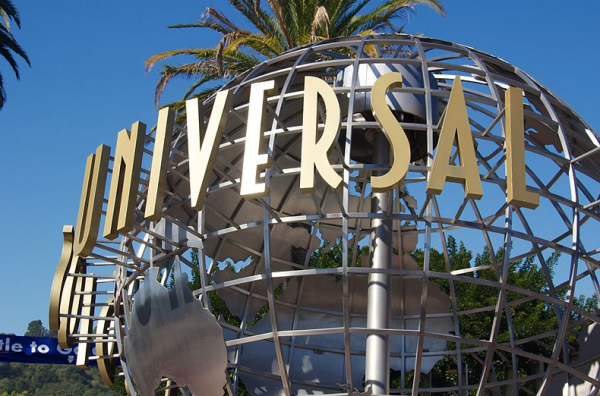 With that anecdote aside, the Studio Tour is the only theme park attraction in existence that gives you a special behind-the-scenes look at the world’s biggest and busiest movie studio. More films – it has often been said – have been filmed on the Universal lot than any other place in the world, and some of the biggest productions continue to film there to this very day. Again, just think back to the notion that the movie studio comes first, followed by the theme park at Universal Studios Hollywood. And while this mantra has often hindered and complicated the development of the theme park complex, this unique arrangement gives you the perfect opportunity to explore some of the movie industry’s most beloved sets. Back to the Future, Pirates of the Caribbean, Jurassic Park and Psycho are just among the few major productions that have filmed on this historic lot. That being said, the Studio Tour also brings elements from the theme park world as part of its behind-the-scenes experience. King Kong 360 – 3D, Earthquake, and JAWS are just a few demonstrations and encounters you’ll get to experience on the Studio Tour. These mini-demonstrations literally comprise half of Universal’s attraction roster, so be sure to take note should you decide to skip the tour. So having said all that: ride Transformers, but be sure not to miss the tour. Most guests have probably ridden the tour once or twice, so we’ve included Transformers as the new “not-to-be-missed ride” at Universal (I guess I cheated a bit!). But relative to everything else, the Studio Tour still remains the very heart and soul of the entire park, and it’s simply an experience that can’t be recreated anywhere else.

What you would recommend as being the very best, not-to-be-missed restaurant/food outlet at Universal Studios Hollywood, and why?

This is a difficult question. To be fairly honest, Universal Studios Hollywood isn’t known for their wide array of food, and having tasted some of it myself, it’s really nothing I would write home about. So with that in mind, I’m quite a fan of International Café near Universal’s Animal Actors on the Upper Lot. International Café – to me – is a nice departure from your typical theme park fare of burgers, fries and chicken, and it’s just a great place to wind down and avoid the rush of the theme park world. They have a decent array of sandwiches and soups, so I recommend checking the place out if you need a quiet place to eat.

What is your top tip for visitors to Universal Studios Hollywood (to save time, save money or not miss out on a hidden gem)?

I think many guests need to understand that Universal is composed of two major sections divided by a span of four escalators: the Upper Lot (known as the Entertainment Center) and the Lower Lot (known as the Studio Center). The Upper Lot houses the majority of Universal’s shows and attractions (WaterWorld, the Studio Tour, the Simpsons Ride and the Special Effects Stage…) while the Lower Lot houses the bulk of Universal’s rides (Transformers, Jurassic Park, Revenge of the Mummy…). Given the difficulty of traveling to the Lower Lot from the Upper Lot (and vice versa), I recommend planning your day based on the day’s shows. While the roster of shows has been steadily declining over the years, Universal Studios Hollywood still maintains a healthy number of performances that make up a considerable portion of the theme park experience. While all of Universal’s rides run continuously throughout the day, shows like WaterWorld, Universal’s Animal Actors and the Special Effects Stage all have a fixed number of performances (usually 4-5) set at specific times. Posted show times are when the show actually starts – not a cue to start lining up, so it’s usually recommended that you arrive at a show’s venue 15-20 minutes prior to posted show times. All of Universal’s current shows are located in the Upper Lot, so planning your day accordingly around the show times will allow you to maximize your day and avoid having to traverse up and down the park’s laborious escalators. One quick note: the Lower Lot opens 30 minutes after the park and closes 30 minutes before the park shuts down. So in other words, should the park open at 9:00 AM, expect the Lower Lot to open 30 minutes later at 9:30 AM. Same notion applies to when the park closes. Also note that the Studio Tour normally closes 2-3 hours earlier than the rest of the park. Relative to most other parks, Universal Studios Hollywood is easily quite doable as a one-day destination, so as long as you mind the shows, ride the rides and get on the tour – you’ll be set. Have fun and good luck!

Look out for further articles and forum discussions about Universal Studios Hollywood throughout October.