Fans of Jurassic Park who long for a real-world park populated by cloned dinosaurs will find the next best thing at Universal Studios Hollywood. The boat ride featured in the book is recreated in impressive detail, although the only dinosaurs on show here are of the animatronic variety.

After passing through Jurassic Park's enormous gates, guests drift past several groups of gentle herbivores. Predictably, things soon go wrong, with a rogue parasaurolophus knocking guests into the path of the velociraptor pen - which (as in the movie) is anything but secure. After being terrorised by raptors and an enormous tyrannosaurus rex, riders finally plunge down an 85-feet-tall drop into a splash pool below.

Jurassic Park: The Ride is virtually identical to Jurassic Park River Adventure at Universal Orlando's Islands of Adventure, although you can expect to get even wetter at the foot of the Hollywood version's final drop.

For the park's re-opening in April 2021 the Jurassic World ride has been updated and now features a new finale where the Indominus rex battles the Tyrannosaurus rex,

Photos of Jurassic World - The Ride 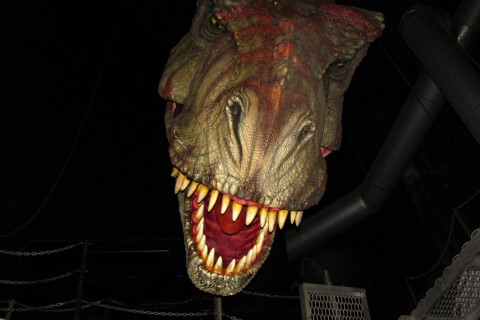 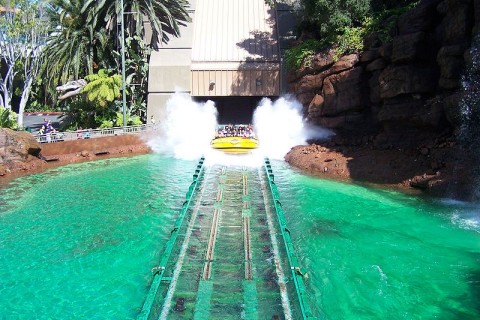 See all photos of Jurassic World - The Ride

Reviews of Jurassic World - The Ride

Sorry, there are currently no reviews for Jurassic World - The Ride .