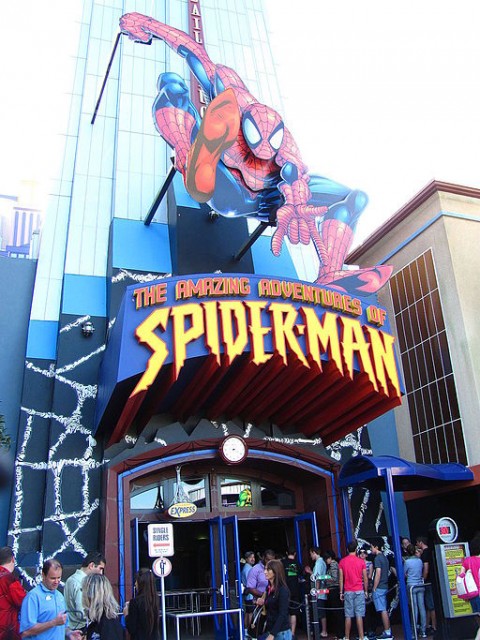 Editor's note: As usual with editorial features, please note that this article reflects Dakota's views, and not those of every writer here at Theme Park Tourist.

When talking about themed attractions – particularly ones that reside in theme parks we all know and love – it can be tough to take a step back and try to critique them from a neutral point of view. After all, the reason we all choose to ride these rides and visit these theme parks is that they bring us joy – joy we often experience with our friends and family. The memories of your favorite rides are colored not just by the rides themselves, but by who you were with, what your life was like at the time, and how the world has changed since you last experienced them. All of that combines to make it difficult to try and view these things impartially.

But, if you do choose to take that step back and view things from a bit further out, an even more fun game presents itself:

Which Central Florida attraction is the best? Not just a favorite. Not just a great ride. The best.

Well, there are a few rides that belong in that conversation, but for my money, the answer to that question lies not in Walt Disney World, but at Universal's Islands of Adventure:

It's the Amazing Adventures of Spider-Man. 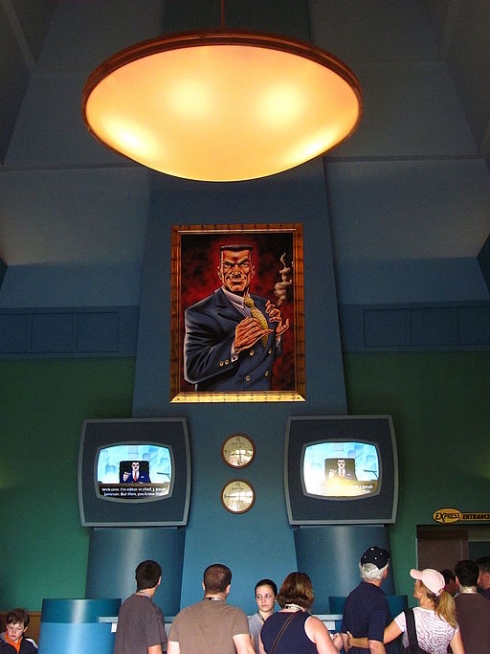 Believe it or not, Islands of Adventure was actually built at the perfect time for Universal. Not only were they able to learn from the mistakes and successes of Universal Studios, but they were also able to study and implement good practices from Disney's parks.

One of those good practices is the implementation of a well-themed, intricate queue for major attractions. Spider-Man's queue, in particular, sets the stage for the ride in a wholly unique and deeply satisfying way.

As guests take their walking tour of the Daily Bugle, they are transported into the saturated, panelized world of comic books. Every prop, wall, set piece, and light fixture is designed to look like an actual item you might find in a comic book, and the overall effect is the perfect thematic intro to the story being told on the attraction. Everything from the half-eaten sandwiches on Bugle reporters' desks to the frantic briefings from the abrasive J. Jonah Jameson serves to introduce guests to the visual style of the world while offering an excellent time-killing distraction from the long waits the ride typically accumulates.

If the goal of a queue is to efficiently organize waiting guests while gently guiding them into the world of the story, Spider-Man's queue is essentially a case study in how to do all of that effectively. 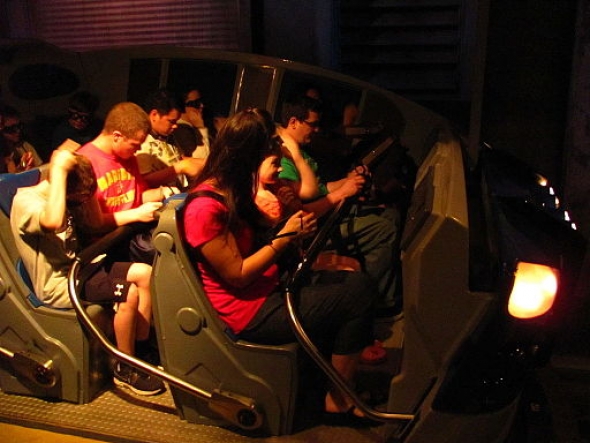 Directing, whether it's for theater, film, or anything else, is largely about controlling the audience's focus. In theater, directors often do this with lighting or blocking. In film, editing and shot selection can take care of it. In theme park design, it's an awful lot harder to do.

The ride vehicles for Spider-Man, however, are designed to fix this problem. Resembling a kind of cartoon automobile, the “Scoop” vehicle is essentially a motion simulator with wheels that enables it to move through the ride along a track. Disney created a similar technology around the same time (one that's used in Dinosaur! at Animal Kingdom and Indiana Jones Adventure at Disneyland), but it's the differences that really make Universal's version shine.

The key difference is that Universal's vehicle is built with large walls surrounding the guests on three sides, rather than the more open version used by Disney. Now, these walls don't appear imposing or enclosing when you first look at the “Scoop” vehicle, but the purpose they serve is to direct your attention out the front of the car at all times by removing any distractions from your field of view. This enables designers to know where a rider will have their attention focused, which allows for more intricate timing and subtle plot points.

And, of course, that's in addition to to the car's feisty and responsive motion simulator structure that enables it to create pretty much any movement you can imagine. The combination of storytelling importance and engineering prowess is the biggest reason it's such an effective ride vehicle and one of the key components of Spider-Man's success.

I wholeheartedly agree. When I rode this ride for the first time (after finding it tucked away in an unobtrusive nook in the park)I proceeded to forget about riding any other ride that day and rode Spiderman 23 straight times, always finding something new and exciting and always coming out even more amazed than the time previously. In my opinion, it still holds up as one of the best rides in all of Florida......and perhaps the country!

I wholeheartedly agree. When I rode this ride for the first time (after finding it tucked away in an unobtrusive nook in the park)I proceeded to forget about riding any other ride that day and rode Spiderman 23 straight times, always finding something new and exciting and always coming out even more amazed than the time previously. In my opinion, it still holds up as one of the best rides in all of Florida......and perhaps the country!

Sorry, but I disagree wholeheartedly. While Spider-Man has held up very well (being 15yrs old) - it is clearly NOT the best ride at IOA or US... Transformers is a much improved version of the Spider-Man ride and both Harry Potter attractions are better....Spidey is still a great ride but it's not at the top anymore.

Balls. This is clearly the best ride. 3d holds up well, screen quality much better than Harry Potter despite that being much newer. Guess the cartoony edge helps. Screen/image qual only slightly worse than Transformers but that ride is ALL screens, Spiderman has a ton of great set work and creative tricks that elevate it. With those kinds of rides --Spiderman>hogwarts>transformers>gringotts.