This Pavilion Could Have Closed Forever. But a Little Fish Saved it From Destruction 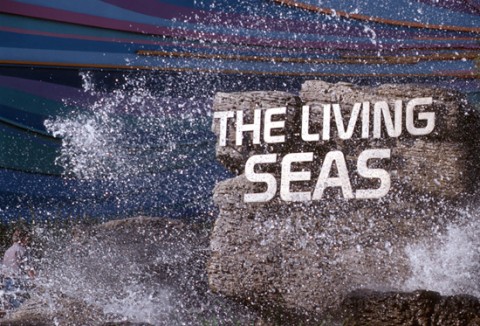 The Simpsons once joked about the dated nature of Epcot in an episode entitled Special Edna. In this 14th season bit, the family visited EFCOT and rode World of Tomorrow, a parody of basically the entirety of Future World. As the dialogue quipped, it was an opportunity for the Simpson family to see “what the people in 1965 thought the world would be like in 1987.” If you visited Epcot during the 20th century, you understand and likely laughed at the joke.

Walt Disney World park planners faced an uphill struggle in honoring the original concept for EPCOT Center. At the time of its opening, Disney Imagineers attempted to follow Uncle Walt’s vision for the city of tomorrow. That meant a demonstration of technologies just around the corner as well as those still decades away. The problem was that after the park opened in 1982, computers evolved at a pace that largely honored Moore’s Law. Building attractions required years of constructing architecture from blueprints. Some of the original Future World features were already dated. Others joined the list after a few years. The city of tomorrow quickly became a relic.

Perhaps no building suffered more in the battle between ideals and practicality than The Living Seas. The initial concept for the nautical attraction was a celebration of the mystery of the ocean. It would operate as an educational facility, meaning that parents could feel good about the time their children spent at a theme park. In execution, The Living Seas came across as preachy and underwhelming to the very target audience it tried to attract. Eventually, Disney officials accepted that their ambitious strategy had failed to pay dividends. Here’s the story of why The Living Seas didn’t work as well as the turning point when the company introduced a new premise that proved much more entertaining to kids and their parents. 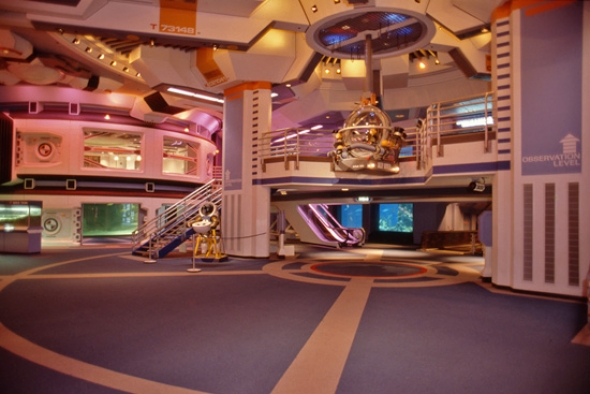 Beginning in 1986, guests at The Living Seas received this welcome. The building wasn’t ready in 1982 when the rest of the park opened, but Disney execs always planned it as an anchor portion of the second Walt Disney World gate. The corporation spared no expense in crafting the largest aquarium known to man, spending $90 million on development. That’s the equivalent of $200 million today.

Disney envisioned an unforgettable water show for kids, unlike anything nearby competitor SeaWorld could match. When it opened in 1986, The Living Seas featured 5.7 million gallons of water, and it stood as the largest aquarium in the world almost two decades before the Atlanta aquarium surpassed the record in 2005.

At its inception, The Living Seas created a great deal of excitement. Here’s a clip of Joan Lunden on Good Morning America as she hypes all the entertainment options at the facility. She doesn’t mention one of the central features of the building, which was a movie called The Seas. You can watch it as part of this ultimate tribute to the original version of the pavilion.

Zero leagues under the sea 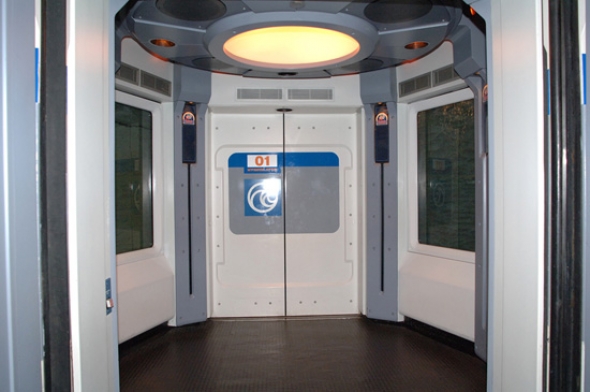 The other iconic parts of the building were the Hydrolator and the Seacabs. The former feature was theoretically an elevator that would lower passengers to the abyss. In actuality, it was a well-disguised moving platform masquerading as a descending apparatus. The faux-elevator would lead to the Seacabs. In turn, these vehicles carried guests to Seabase Alpha, a non-ironic kind of Sealab 2021. It was here that the most memorable aspects of The Living Seas resided.

The Seacabs were a form of Omnimover that transported guests through the heart of the aquarium. Here, Epcot visitors would learn of rare species of aquatic life, watch interactions between cast members and fish, and enjoy up-close views of natural habitats. It was one of the most detailed exhibits of underwater living ever displayed during the 20th century. Alas, the popularity of The Living Seas was always questionable.

Here are words you’ll never hear a child say. “I want to go to Walt Disney World to learn stuff!” Do you know what kids really don’t want to learn about? Water. It’s the dullest topic imaginable. The Living Seas was an entire building that existed for one simple reason. It was the world’s largest aquarium intended to teach children about the mysteries of the deep blue seas. 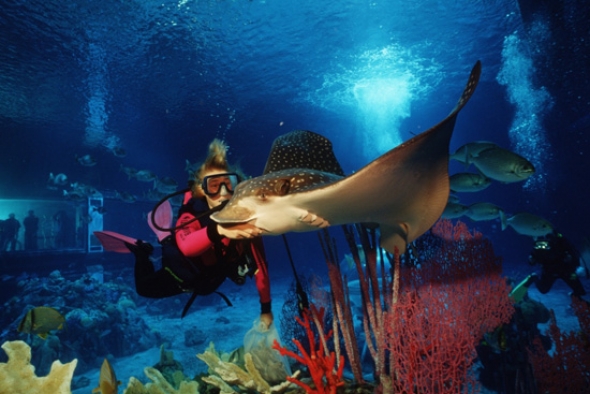 Due to the sheer volume of water and staff required to operate the facility, The Living Seas was also extremely expensive to maintain, and that’s not factoring in the prohibitive investment required to build it. To justify the expense, The Living Seas had to maintain its popularity. To children, it was the equivalent of having to eat vegetables before getting dessert. Disney had a huge problem. The issue escalated when they lost their original sponsor, United Technologies, in 1998. The turning point occurred when they stumbled upon a serendipitous solution.

I really miss the hydrolators

Not me.
From the beginning, I was astonished how lame that concept was.
The current pavilion is much, much better now.