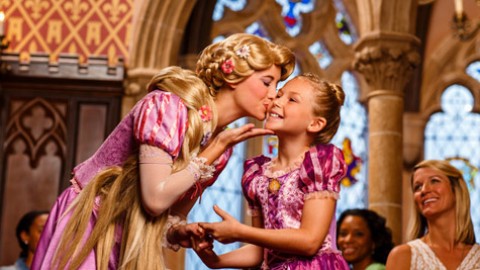 Now that the controversial list of worst Disney character meals has been published, we can turn our focus to a sunnier conversation. Bygones, people! Anyway, eating with Disney mascots is one of the purest joys in the world, especially for children. Being able to take vacation pictures that will make us reminisce when we are older is a priceless opportunity. And nobody handles the process better than Disney. Their character meals are memorable and timeless. Ranked below are the half a dozen best of the best. If you have never eaten at any of them, immediately add them to your theme park bucket list. 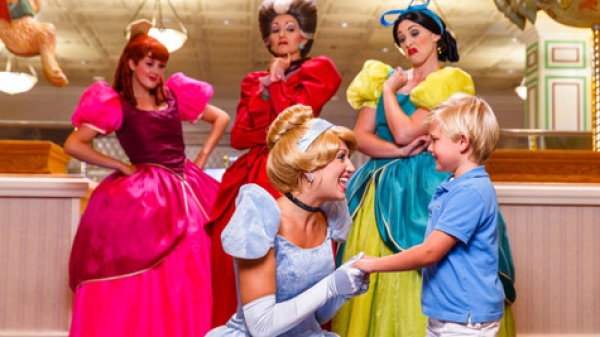 Simply being at Disney’s Grand Floridian Resort & Spa is an experience unrivaled in the Walt Disney World area. The hotel features some of the finest cuisine in Florida, including the five-star restaurant, Victoria & Albert’s. 1900 Park Fare does not have the critical acclaim of its more heralded counterpart, but it does feature the strongest set of options for character meals at Walt Disney World.

People who want to start their day the Disney way can enjoy the Supercalifragilistic Breakfast, which is highlighted by the unusual duo of Mary Poppins and Alice and Wonderland plus the Mad Hatter. In the evening, the dinner hosts are Cinderella and Prince Charming along with their antagonist, Lady Tremaine. Also included are Cinderella’s evil stepsisters, Drisella and Anastasia. If you are a fan of Disney villainesses, 1900 Park Fare includes more than any other character meal.

Parents who want to treat their children to a special event can also select the Wonderland Tea Party, which is so exclusive that it is limited to 25 children between the ages of three and 10 per day.  While the food is just okay compared to other options at the Grand Floridian, the sheer depth of character meal options makes 1900 Park Fare an obvious choice for the best list. 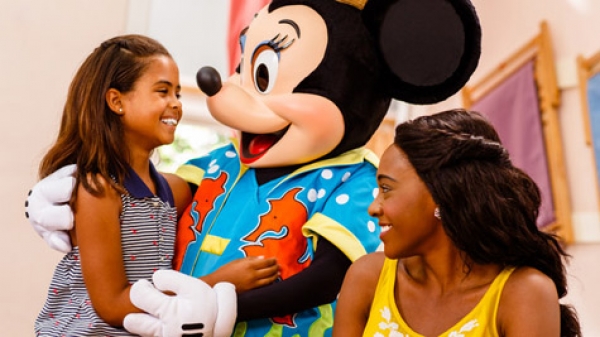 There is an applicable Simpsons quote about all Malibu Stacy dolls looking exactly the same, but Smithers wants the new one. Why? Malibu Stacy has a new hat. For similar reasons, most videogames include comprehensive gear options, thereby allowing the player to customize the physical appearance of their avatar. Even when something is beloved and familiar, a slight variation is welcome.

I say all of this to sound slightly less obsessive when I note that I love Cape May Café due to the adorable beachwear worn by its primary characters. Minnie, Goofy and Donald are great on their own, but I love them oh so much more when they are dressed thematically to line up with their setting, Disney’s Beach Club Villas. I have already selected this DVC property as my favorite, and the Cape May Café breakfast enhances it by offering a surprisingly good buffet in a relatively secluded (by Disney standards) resort. This character breakfast is a marvelous way to start the day, but it is still not my favorite character breakfast… 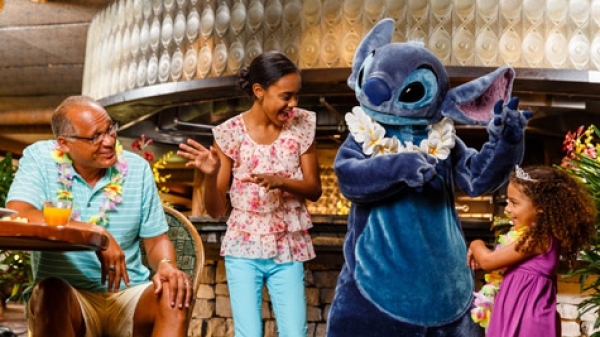 The placement of this particular character meal on your list will be based upon the answer to two questions. 1) Do you love the movie Lilo & Stitch?  2) Do you enjoy the food at Disney's Polynesian Village Resort? If you answered no to both questions, you are probably shouting at your monitor about what an idiot I am. If you are like me and answer “YES! YES! YES!” to both of them, you are nodding your head vigorously while fantasizing about your next trip to Disney. If the answer to either one is yes, you probably fall somewhere in the “Eh, not bad but I’ve had better” camp. Again, these are all based on personal preference.

As a movie critic by trade, I saw approximately 200 movies in 2002. Lilo & Stitch finished in my top three for the year, which means that it literally finished in my top percentile for the year (rounding up). And my wife loves the characters even more than I do. When we put up our Christmas decorations, we create an entire tree using only Disney ornaments. A good 20% of them are Stitch-related.

I would also add that the Polynesian is my favorite Disney property, even over the historic Disneyland Hotel. So, the idea of the delicious Polynesian food at the gorgeous hotel is wonderful for us. It is even better in combination with a meet and greet with the most elusive mascot at Disney, Stitch. Plus, the characters of Mickey and Pluto join Lilo and Experiment 626.

I must be the only one who didn't care for the garden grille. If I had younger kids yes, but 14/15 year olds not really worth it, food wise. I believe anyone over 11 must pay adult price, which is 1. Ridiculous 2. Not worth it,considering the food is adult tastes. The atmosphere and service and characters were amazing. After I mentioned the food issue, the manager came out was amazing actually have us kid friendly food that I couldn't order because of their age. I suggested raising the age limit to 15, considering most kids don't eat adult type food. She even refunded me the cost of the two kids adult meals. She said we don't want anyone to leave Disney unhappy with their experience....

For future reference, you can always order the kids meal. Don't let them tell you otherwise. You just have to also order the adult meal. but given that it's a fixed price it doesn't really matter. My sister and I ( both close to 30 ) went to Garden Grill dinner and got the regular meal and also chicken nuggets and mac and cheese and french fries. You just have to ask. They can't tell you no because of age.

We went to the Garden Grill three years ago on our first/last trip. We are leaving to go again in a few days and that is one of 2 repeat character meals for us. Chip and Dale were so much fun and they came around multiple times. The other repeat is Crystal Palace. Both my youngest daughter and I are HUGE Eeyore fans so this is a much do. They even have a mini "parade" with the kids in there.

Hey I noticed when describing garden grill, you said Goofy was a character. Is that new? Because the last two times I went there this past year it was always Mickey, Chip and Dale, and Pluto...

Sorry, Emily - that was a typo that has now been fixed.