Right now at Islands of Adventure all eyes are on the new Wizarding World dark ride, which has been under construction for over a year, but about which precious little is actually known. However, it looks like while we've all been focused on The Wizarding World of Harry Potter, it looks like Universal has quietly been developing another corner of Islands of Adventure for a new attraction that was just confirmed... 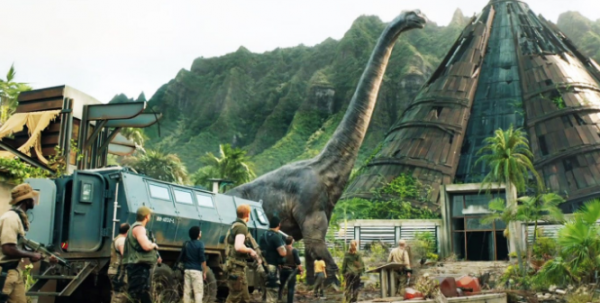 Earlier this week, eagle-eyed park-goers noticed that some of the carnival games and vendor kiosks around the Jurassic Park area of the park were removed, and construction walls went up around a portion of the old Triceratops Encounter area. And though this could have just been part of a cleaning, maintenance or refurbishment effort, local ABC affiliate news station WFTV has obtained a document that shows a roller coaster track layout for the exact area that was walled off, including a queue area near the Discovery Center area of this land.

Interestingly, these new developments also match details found in a demolition permit filed with the city of Orlando last May for "Project 791" for a 1.36-acre area. of the park. Like all permits, this one is pretty vague, but it does specify that a new attraction is planned for the area, with demolition and construction taking approximately 1 1/2 years.

Though we definitely weren't expecting this attraction to be confirmed today, Universal has been hinting about something being announced regarding this part of Islands of Adventure for several days now, tweeting last week about something "exciting" happening soon and a picture of a Dinosaur busting out of the World Record Egg just a few days ago.