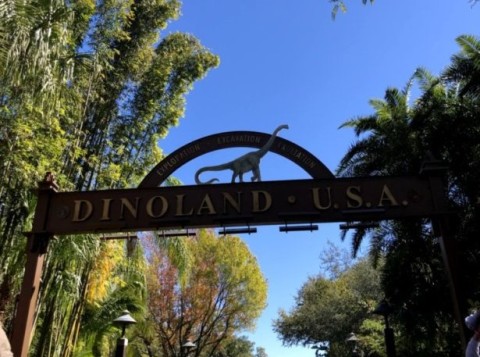 Dinoland USA in Disney’s Animal Kingdom is widely believed to be the worst themed land in Walt Disney World even though it is rich with backstory and incredible detailing. Sadly, many guests can’t look past the bright-colored carnival look of Chester and Hester’s Dino-Rama. For years many have called for Dinoland USA to be re-themed.

At the D23 Expo in September, Josh D’Amaro, the Chairman of Disney Parks, Experiences, and Products announced that they had heard those calls. With that, Blue Sky ideas for what could come to replace Dinoland USA were announced. But would those ideas do this detailed land justice and fit in with Disney’s Animal Kingdom’s overall intentions? Let’s explore why one of Walt Disney World’s most detailed lands has become one of its most widely despised and what ACTUALLY should replace it.

Dinoland USA is filled with incredible detail and a comprehensive background story. A brief summary of Dinoland USA’s backstory begins with dinosaur bones being found in Diggs County off Route 498 which led to the formulation (and many expansions) of Restaurantosaurus, the restaurant, dormitory, and museum run by the grad students to help fund the various digs. Eventually, Dr. Helen Marsh (you know from the Dinosaur pre-show) was brought in and she spearheaded the invention of the Time Rover, the one that transports you back to the age of the dinosaurs.

With new revenues from this incredible breakthrough, a new Dino Institute building was built and began offering these tours to the past. Well, seeing all this traffic to the Dino Institute caused local couple, Chester and Hester to decide to capitalize on the increased tourist activity and they turned their gas station into a roadside gift shop and opened a small amusement park in the parking lot. Hence, Chester and Hester’s Dino-Rama. 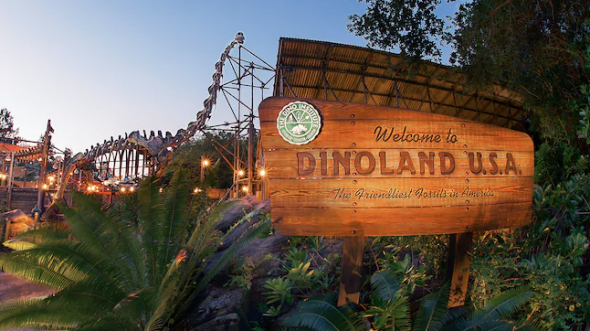 Knowing the detailed backstory of Dinoland USA helps one to appreciate why the land looks the way it does. Perhaps if the backstory was easier for the standard guest to understand, many would enjoy the land a bit more. However, the story behind the theme is embedded in bulletin boards, photos, and signs throughout the land that many guests simply won’t take the time to look at and read. The juxtaposition of Chester and Hester’s Dino-Rama and Dinosaur makes many feel that the land is not cohesive.

Unfortunately, the rich backstory gets lost behind the bright colors, signs for Donald’s Dino Bash, and a large cartoonish dinosaur that guests see when they enter Dinoland USA. The detailing and story building of the land are impeccable, but it’s the execution of conveying that story to guests where Dinoland USA falls short.

The Problem With Moana and Zootopia

As mentioned, Dinoland USA is an incredibly detailed land, and Dinosaur was Animal Kingdom’s first e-ticket attraction.  However, even as a long-term Dinosaur and Dinoland USA fan, even I can agree the time may be coming for this land to be retired and turned into something else.

However, although Zootopia and Moana were mentioned during the D23 Expo as potential replacements, they should not replace Dinoland USA. First, Moana is already receiving a water-based attraction in EPCOT. While many believe it would be a good way to include sea life at Animal Kingdom, there is also already The Seas with Nemo and Friends at EPCOT.

So what should replace Dinoland? Here is what we think...