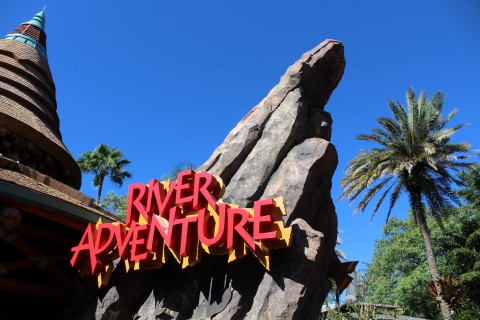 Jurassic World: Dominion (2022) is finally here, but the theaters aren't the only place where you can get your fix for all things Jurassic. While the park might be long gone in the film series, there are still dinosaur-inhabited theme parks here in the real world, at Universal Studios Orlando and Hollywood.

Jurassic World: Dominion is the sixth movie in the hugely popular Jurassic Park franchise, which finds dinosaur populations causing huge problems across North America, following the events in Jurassic World: Fallen Kingdom (2018), in which the prehistoric beasts are released into the wilderness during the third act.

The original Jurassic Park was a hugely influential film, in that not only has it spawned five sequels, but it also inspired themed attractions at Universal Studios, which remain incredibly popular to this day. Sure, you won't find actual genetically-engineered dinosaurs at the resorts, but you will encounter the next best thing.

Here's your guide to all things Jurassic Park at both Universal Studios Hollywood and Orlando...

Universal Studios Orlando's designated Jurassic Park-themed area is simply known as "Jurassic Park", but is also known as "Camp Jurassic". Located at the heart of the Island of Adventure, InGen's dinosaur cloning facility is home to Jurassic Park experiences both old and new, spared no expense.

This adrenalin-fuelled roller coaster rises high above the ground, and is described as "the apex predator of roller coasters". And it's plain to see why, because it launches at an incredible speed through Jurassic Park's raptor paddock, allowing you to feel the same rush these prehistoric predators feel while they're out hunting!

You'll twist and soar above the land, and you'll even spot velociraptors as you go too. Jurassic World Velocicoaster is the ultimate Jurassic thrill ride, and the perfect way to experience the more action-packed side of the Jurassic franchise at Universal Studios Orlando.

Pteranadon Flyers might sound like a thrilling experience, but it's actually designed for those "small versions of adults", as Dr. Ellie Sattler so eloquently puts it in the original 1993 classic. The ride, which sees children taking flight beneath the 10-foot wings of a pteranadon, offers amazing views of the surrounding area.

The seat is suspended from an overhead track, and allows the little ones to swing their legs freely as they fly through the air slowly and gently. So, fortunately, there are no scary moments on this ride, because that's the great thing about Jurassic Park - it knows how to strike a balance between wonder and terror!

Many Jurassic Park fans don't know this, but Jurassic Park River Adventure is based on a scene from Michael Crichton's 1990 best-seller "Jurassic Park", the novel upon which Steven Spielberg's 1993 classic is based. The scene in question never made it to the film, but now survives in the form of this thrilling log flume ride.

In the book, Dr. Alan Grant, Lex Murphy, and Tim Murphy attempt to reach the visitor center using an inflatable boat, during which they're stalked by the tyrannosaurus rex. In the Universal Studios Orlando version, however, you'll see all sorts of dinosaurs, including brachiosaurs, stegosaurs, compys, parasaurs, and velociraptors.

After starting out in your raft with fellow guests, you'll pass through the watery haven of Hadrosaur Cove, but it won't belong before things go awry. Soon, you'll encounter compys and raptors, before your raft enters a dark facility, where you'll face the wrath of the mighty t-rex, before plunging down a 85-foot drop!

And now for Universal Studios Hollywood...