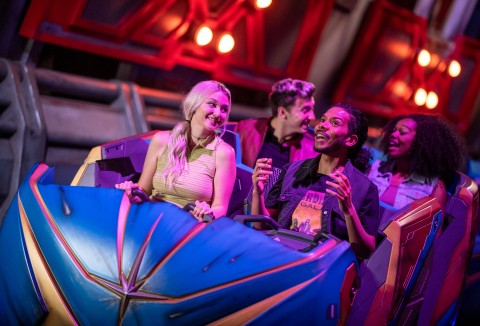 There is a lot to do at Walt Disney World—more than many realize. Figuring out what attractions, resorts, restaurants, and everything else to visit in the span of a brief vacation can feel overwhelming once you see the breadth of options available.

While everyone is likely to choose different paths to the ideal vacation, a little expert advice can be helpful in narrowing down the pool. Specifically, longtime visitors become seasoned in identifying which Walt Disney World experiences are worth their time, money, and energy and which ones may have better alternatives.

As always, every Disney guest is going to have different preferences on the subject of “Do This, Not That”—one person’s ”Awesome!” may be another’s “Nope!”. Take each of these recommendations with that in mind—stick to your gut if there’s a particular experience you really enjoy and include it in your vacation.

If you find yourself weighing options, here are the top 12 cases where we usually suggest, “Do this, Not that,” at Walt Disney World.

1. Visit in the off-season, not during school breaks

This is a common one brought up as general advice for Disney vacation planning—if you have the option to visit Walt Disney World when the parks are less busy, do so.

It surprises me how hard a sell this can be for many prospective guests. There are certain times we are just culturally hard-wired to label as “vacation time”, particularly if we have kids. Generally, these seasons fall on major holidays, during summer and spring break, and on weekends.

The problem is the majority of people visiting Disney parks also think the same thing.

Visiting Walt Disney World when crowds are lower can have a significant effect on your vacation experience—less crowds means less stress, more flexibility, and it can even mean access to better savings. Largely, this means doing what you can to avoid the busiest times of the year. These are:

The best times to visit remain mid-January, portions of February, September (after Labor Day week), and some portions of November and December (avoiding the holiday weeks). Other times exist throughout the year where crowds are moderate. Catching these times may require some creativity or even taking kids out of school (some schools will allow kids to do make-up work, but this will depend on each case), but if you can pull it off, it can make a big difference for your vacation.

Magic Kingdom is definitely Disney’s most iconic park (along with Disneyland), to the point that many first-time visitors assume it is “Walt Disney World”. Many guests will go so far as to plan their entire trip to take place at Magic Kingdom, perhaps only reserving a day or two, if that, for Disney’s other parks. For most visitors, this is a mistake.

It can come as a surprise that many Disney regulars actually don’t consider Magic Kingdom their favorite park. For some, it may actually be the least appealing of the four (particularly among teens and those who don’t have the nostalgia bug). Disney’s other three parks—Epcot, Disney’s Hollywood Studios, and Disney’s Animal Kingdom—offer an incredibly rich range of attractions, dining options, and exclusive experiences you won’t find in Magic Kingdom.

Each park has its high points, and none should be written off outright. Epcot is home both to some of Disney’s most creative attractions, as well as the resort’s richest dining, shopping, and exploration scenes. Disney’s Animal Kingdom is home to both a striking selection of immersive animal encounters and attractions like Avatar Flight of Passage, Expedition Everest, and Dinosaur. Disney’s Hollywood Studios has grown particularly popular since the arrival of Star Wars: Galaxy’s Edge, but it also includes a variety of thrilling attractions for all ages.

In short, make time on your vacation to visit all four parks if you can.

3. Stay in a DVC Villa instead of a standard resort room

We are big fans of staying on Walt Disney World property whenever possible, largely due to convenience. For one thing, staying on property makes it possible to enjoy your entire trip without ever needing a rental car (thanks to Disney’s transportation network), and it also makes it very easy to take a mid-day break if you need a rest on park days.

What resort rooms are best though?

While Disney has many incredible resort options, our hands down favorites are the Disney Vacation Club (DVC) Villa resorts. These cozy resorts feature spacious apartment style rooms set-up to act as a home away from home during your vacation. The 1-3 bedroom models offer full kitchens, spacious living rooms, and luxurious bathrooms. Access to a kitchen alone has been a huge selling point for us—the ability to cook up a quick, tasty breakfast or store snacks has saved us quite a bit of money over the years.

Villas used to be only available to DVC members, but regular guests now have several options for booking them. While it is possible to book villa rooms through Disney directly, we find the prices can be quite high using this method. Instead, we suggest exploring DVC point rentals—using a reputable third-party site to rent points from a DVC member. Using this method generally offers significant savings on room prices for some of Disney’s best rooms available.

Looking for Disney deluxe accommodations at moderate prices? Consider staying at the Walt Disney World Swan and Dolphin. Despite being located directly between Epcot and Disney’s Hollywood Studios, these two gorgeous resorts are owned by Marriott, not Disney. Guests at the Swan and Dolphin have access to many of the same perks as Disney resort guests, and you can even pay for your room using Marriot Bonvoy points or credit card rewards. When calculating and comparing prices, take into account that the Swan and Dolphin charge a daily resort fee, as well as a fee for self-parking.

But what about food, are you making the most of what is on offer at Walt Disney World?...