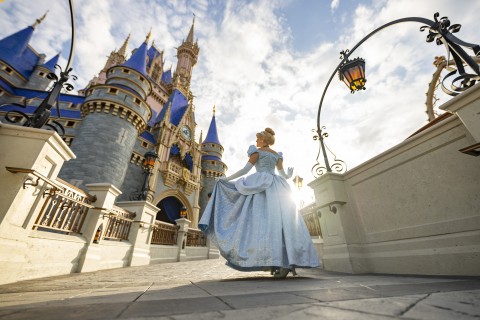 Want to make the most out of a visit to the Most Magical Place on Earth? Don’t slap on your Mickey ears just yet--there are a few things you need to know…

I’ve loved Walt Disney World for over 30 years. Over that time I’ve noticed a common thread: planning a Walt Disney World vacation isn’t as straightforward as people think. The common image of Walt Disney World usually surrounds Cinderella Castle. We expect family fun, rides, characters, fireworks, churros, and most of all, magic. While those are all parts of the experience of visiting the Most Magical Place on Earth, it’s not the whole story.

Maybe you’re considering planning your first Walt Disney World vacation (or the first in a while). Alternatively, maybe you’re a longtime Disney parks fan who has friends and family wanting to visit, and you wish there were some way you could quickly sum-up the key “need-to-knows” for an amazing Disney vacation.

This guide is the first in a series starting here on Theme Park Tourist to fulfill that need—sharing the basic facts you need to know to make the most of a Walt Disney World vacation. Our goal is to prepare you for what to expect, as well as help you avoid the snags that spoil too many potentially great vacations.

For this first part, let’s start with taking a look at Walt Disney World as a whole. In the coming weeks, we’ll dive into the basics for each park, as well as the “wider world” of possibilities available at the Most Magical Place on Earth.

1. It’s more than one park with a magic castle

Let’s start with an easy but important one: Walt Disney World is BIG.

Walt Disney World isn’t like any other theme park resort—it is a massive place, so much so that it resides in its own municipal district. Unlike Disneyland Resort in California, it isn’t squished into the center of a bustling city. Walt Disney World covers over 40 square miles—an area larger than the city of San Francisco.

What sort of theme park takes up that much space?

Walt Disney World resort actually includes four theme parks. The one most people associate with the phrase “Disney World” is the Magic Kingdom (the one with the castle). However, the resort also has three other parks: Epcot, Disney’s Animal Kingdom, and Disney’s Hollywood Studios.

Disney’s Animal Kingdom houses one of the world’s most beautifully themed animal parks, as well as some of the resorts most beloved rides (like Avatar: Flight of Passage and Expedition: Everest). Epcot is a wholly unique celebration of the human experience with a large number of interactive and exploratory attractions like World Showcase, Test Track, Soarin’, and The Seas with Nemo and Friends. Disney’s Hollywood Studios is home to some of the resort’s top thrill rides, as well as both Toy Story Land and Star Wars: Galaxy’s Edge.

And that’s just the parks…

2. You’re going to need more time than you think (and to plan ahead)

Considering all Walt Disney World has to offer, you’re going to need time to properly enjoy it all.

Many Disney guests don’t allot enough time to take in the full experience of visiting The Most Magical Place on Earth. Four days is the minimum (so you can at least experience all four parks), but 5-8 days is usually better. This gives you freedom to take more than one day at the larger parks, as well as provide space to explore Disney activities outside of the parks.

At the time of this writing, we are still in the midst of Disney slowly rolling back policies related to the 2020 COVID-19 pandemic. We’ll chat more about that shortly, but the important thing you need to know is that at this time, guests must have a Disney Parks Pass reservation in order to enter any Disney park. A ticket by itself won’t get you in—you need a reservation too.

You’re going to want to do some planning ahead for your Walt Disney World vacation. While there is still room for some spontaneity and flexibility (particularly if you get a park hopper option on your ticket—a nice addition if you would like to visit more than one park every day), you’ll want to know which parks you’ll be visiting on which days, as well as to buy your tickets ahead of time so you can make those all-important Parks Pass reservations. The parks are still currently operating at limited capacity at this time (somewhere between 40-50%), and reservations do fill up frequently. You can check reservation availability online at Disney’s website.

Another important thing: when you go is important! We're still in the midst of an odd season at Disney parks due to limited capacity, but certain times of year are inevitably busier at Walt Disney World. If you want to enjoy shorter lines, less stress, and avoid major crowds, do not visit on major holidays (particularly from Christmas Day to New Years Day and on 4th of July) or during Spring Break. Summers also tend to be busy at Walt Disney World, though that has been shifting over the years (also it's hot and humid as the inside of a tea kettle!). In normal seasons, you can expect lower crowds at Walt Disney World on weekdays, while school is in session, and in the lulls surrounding holidays.

3. Don’t buy tickets at the gate

The usual temptation when visiting Walt Disney World is to simply wait until you arrive and buy tickets at the gate. In truth, buying tickets at the gate wasn’t a good idea before the pandemic—with the current reservation requirement, it could prove a potential trip-wrecker.

You have to have a ticket in order to make a Disney Parks Pass reservation. Buying a ticket at the gate is a guarantee to lose time on your trip day, and it could result in you not being able to get into the park. Buying directly from Disney will also result in you spending top dollar. While Disney does occasionally offer uniquely lucrative deals for Florida Residents (particularly Passholders), the majority of their prices can’t compete with other vendors.

The best place to get discounted Disney tickets is usually UndercoverTourist.com. They’ve been around a long time, and they have a good reputation as the go-to place for good prices on Disney tickets. Wholesale clubs like Sam’s and Costco also occasionally offer decently priced tickets. If you have access to discounts via an employee benefits program, or travel clubs like AAA, those are good options too. Members of the U.S. Military also get access to special discounts, and they can also book reservations to stay at Shades of Green, a Disney-owned resort specifically for members of the Armed Forces.

Another common assumption about Walt Disney World is that it is only for kids (or families with kids).

There’s no question that Walt Disney World has a lot for kids—they’re the stars of the show in many ways. Both kids and kids-at-heart will have a blast at Walt Disney World. However, that’s not to say adults and teens don’t get to have any fun.

There are tons of things for adults to do at Walt Disney World—so much so that many adults visit without kids on a regular basis. Many of Disney’s most popular attractions are geared for all ages, and many of their richest experiences are made to appeal specifically to adults. Some of these include touring World Showcase and the walking paths of Disney’s Animal Kingdom, nostalgic experiences like exploring Star Wars: Galaxy’s Edge, and especially dining experiences like the resort's many restaurants and the Epcot Food and Wine Festival (more on that later).

Teens also have plenty to enjoy at Walt Disney World. We wrote a feature on bringing teens to the parks some time back, but the short version is that most teens tend to enjoy Magic Kingdom the least. It’s the Disney park that feels the most like a “kid” park—unless they have the nostalgia bug, they may not get as excited as you and younger kids. In contrast, we’ve seen teens have a great time at Epcot, Disney’s Animal Kingdom, and especially Disney’s Hollywood Studios thanks to the “older” experiences available at these parks, as well as thrill rides.

By the way, for families visiting with small children, don’t feel like you have to tailor your whole vacation only around the things little ones like. While making sure your kids have a good time should be a key focus of your vacation, if you want to try a ride they aren’t interested in, Disney has protocols in place to help parents do that, like child-swapping, where one adult rides a ride while the other stays with the kids. When adult A gets off the ride, they take over watching the kids. Adult B is immediately allowed to ride instead of having to wait in line all over again. Just let Disney cast members at the attraction know you’d like to do a child swap when you arrive.

5. The experience is about more than just rides

Don’t get me wrong—Disney has some outstanding rides like Star Wars: Rise of the Resistance, Millennium Falcon: Smugglers Run, Avatar: Flight of Passage, Test Track, Space Mountain, and more… but rides are just part of the fun.

In Disney parks, guests are invited to immerse themselves completely in another world. Everything from the sounds, the setting, the foods, and the scents all play into this. Many of Disney’s best attractions aren’t rides at all—some are hands-on exploratory experiences like large portions of Star Wars: Galaxy’s Edge or Disney’s Animal Kingdom. Some are entertainment experiences like shows and character encounters.

Magic Kingdom has the most rides of any Disney park, but don’t let the fact other parks don’t have as many rides dissuade you—you’ll find plenty for your family to enjoy in any of Disney’s four parks.