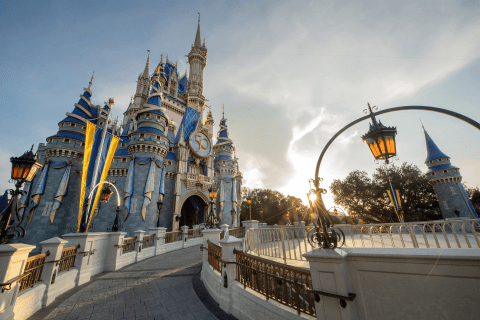 If you have the means, some experiences at The Most Magical Place on Earth are well worth a little extra cost.

Vacation splurges can be a controversial topic. On one hand, we’re in a season where many fans are throwing their up their hands at the increasing costs of a Disney vacation. A large portion of the advice I write is aimed at families and solo travelers seeking creative ways to upgrade their Disney vacations without extra expense.

There are some times, however, when a deliberate splurge can really add some magic to the Disney experience.

You won’t have much difficulty finding opportunities to splurge at Walt Disney World—there are myriad choices for draining wallets through the parks and resorts. Which of these optional extra costs are actually worth it, however?

We wanted to take a look at ten of Walt Disney World’s best splurges—not just mundane additions like souvenir cups or controversial upsells like Genie+ but rather some of the most satisfying experiences to try if you have the budget or time to save up.

An important note before we proceed—at the time of this writing, Disney is still in the process of reopening many restaurants and experiences throughout Walt Disney World that closed due to the COVID-19 pandemic. While we are starting to see many of these experiences return, do be aware that some are still up in the air, though we are optimistic to see them back soon.

Food is part of the magic of Disney parks—sure, you can find burgers and hot dogs galore if you choose, but this can be something of a waste. Disney chefs shine in their creative expressions, and there really is something for everyone in Walt Disney World’s dining scene.

Disney has a lot of outstanding restaurants, but if you’re looking for an out-of-this-world experience, consider booking a reservation for one of Disney’s signature dining restaurants.

Disney has around 25 signature dining restaurants, and each goes above and beyond when it comes to quality food presented with excellence. Inside the parks, a few standouts include Tiffins at Disney’s Animal Kingdom, Monsieur Paul and Takumi-Tei at EPCOT, and The Brown Derby at Disney’s Hollywood Studios. Beyond the parks, you can find exceptional dining at Jiko at Animal Kingdom Lodge, the Flying Fish at Disney’s Boardwalk, California Grill at the Contemporary Resort, Jaleo at Disney Springs, and even food critic-approved character breakfast at Ravello at the Four Seasons Orlando.

Interested in the ultimate dining splurge? Disney’s Grand Floridian Resort is home to Victoria & Albert’s—one of Florida’s only AAA Five Diamond Award restaurants. Guests dining here are treated to an expertly curated multi-course fine dinner of world-class dishes. You can even upgrade your visit with a reservation for the restaurant’s Chef’s Table, where guests personally interact with the chef crafting your up-to-eleven-course culinary extravaganza.

A substantial portion of Disney’s signature dining restaurants still have not yet reopened following pandemic closures, but we are fortunately starting to see some movement in these top dining locations coming back slowly.

Signature restaurants aren’t Disney’s only standout dining experiences. If you’re looking for an upgraded dining experience without the signature price tag, consider booking a dinner at one of Disney’s top table service restaurants. Our favorite in this category is Boma at Disney’s Animal Kingdom Lodge, an exceptional buffet based on African cuisine. Other options to consider include EPCOT's Biergarten, Tutto Italia, and Animal Kingdom Lodge’s Tusker House.

We’ve talked before about the benefits of staying at a Walt Disney World resort—namely their convenience in saving time going to and from the parks. If you are planning on taking mid-day breaks or enjoying time at your resort, upgrading to one of Disney’s best resort rooms can prove a worthwhile splurge.

It's interesting to note that Disney’s most expensive resorts aren’t necessarily home to the best rooms—we’ve heard more than one person remark they found rooms at The Grand Floridian underwhelming, for example. While an upgrade to a Club room can be a nice splurge anywhere, there are a few places at Walt Disney World with truly standout room upgrades.

The most obvious of these are the savannah view rooms at Disney’s Animal Kingdom Lodge. These gorgeous rooms offer pristine views of the resort’s sprawling savannah and animal denizens. Several Disney resorts also have upgraded suites, like the Yellowstone Suite at Disney’s Wilderness Lodge and the Captain’s Deck Suite at Disney’s Yacht Club.

Our favorite resort room splurges are Disney Vacation Club villas. These luxury villas can range from one to three bedrooms and include a range of amenities including full kitchens, soaking tubs, large showers, and more. Our favorite so far has been the gorgeous villas at Bay Lake Tower (at the Contemporary resort) which are spacious, luxurious, and positively ooze class sprinkled with Disney magic. Other standout choices include the Treehouses at Disney’s Saratoga Springs Resort, the Copper Creek and Boulder Ridge cabins at Disney’s Wilderness Lodge, and the incredible overwater bungalows at Disney’s Polynesian Resort (some of which even include private plunge pools!).

This is actually a splurge that doesn’t have to empty your wallet, thanks to the Disney Vacation Club points rentals.

Working through third-party sites, guests can rent Disney Vacation Club points from current members to reserve stays at some of Disney’s best resorts for significant discounts from normal room prices. This is actually the number one method we usually recommend for scoring DVC rooms if you aren’t a member.

If DVC rentals aren’t an option, our favorite way to get Disney deluxe accommodations at moderate prices is to stay at the Swan and Dolphin. These two resorts are owned by Marriott but still offer many of the same perks as Disney-owned resorts, including convenient access to Disney’s Hollywood Studios and Epcot. They are also home to an outstanding selection of restaurants, a full spa, excellent recreation, and the best coffee shop we’ve found at Walt Disney World.

3. Stay at the Four Seasons Orlando

The Four Seasons Orlando is tucked away in Disney’s exclusive Golden Oak neighborhood, and it has been frequently praised as the best resort in Orlando. If you’ve ever stayed at a Four Seasons, you will know why.

The Four Seasons Orlando goes above and beyond in every way imaginable to ensure guests have the best experience possible. There is so much to do, you may need to plan some days away from the parks just to enjoy it all. Recreations options include golf, sports, a massive pool area complete with a water fun park, poolside movies, a recreation lounge for kids and teens, and an exceptional spa. The resort’s restaurants are also outstanding, to the point even their pool bar has food that exceeds most of the options available in Walt Disney World.

If you have your own vehicle or can get transportation via rideshare, you can visit the Four Seasons Orlando on your own. Just let them know you want to visit the restaurants. This can provide a wonderful opportunity to visit the resort, explore the grounds, and enjoy an exceptional meal. Reviewers particularly recommend the character breakfast at Ravello as one of the best on Disney property.

4. Behind the Scenes Tours

Many guests don’t know that Disney offers a full collection of behind-the-scenes experiences for guests. Speaking for myself, the times I was able to partake in some of these wonderful tours mark some of my favorite memories at Walt Disney World.

Disney’s Enchanting Extras tour experiences fall into two categories: behind-the-scenes tours and animal encounters. For guests who want to learn how Disney brings the magic to life, tours like Keys to the Kingdom and Backstage Magic give guests the opportunity to peek behind the curtain to see how the parks work, including inviting guests into the legendary Magic Kingdom utilidors.

Animal lovers can also take part in several animal-focused encounters at Disney’s Animal Kingdom, such as the Wild Africa Trek, Caring for Giants, night safaris, and the Savor the Savannah dining experience. Epcot also periodically offers dolphin and scuba experiences at The Seas. At the time of this writing, Disney is specifically offering a limited-time 50th Anniversary tour—noteworthy as, sadly, many of Disney’s tours have not yet reopened following pandemic closures.

Want to enjoy the ultimate tour splurge? Book a Disney private V.I.P. Tour, where a personal guide will give the fullest park experience possible, including access to the shortest lines available anywhere in Walt Disney World. These tours definitely cost a premium, but even booking just one day can be worth it for a once-in-a-lifetime experience.

Want to enjoy a behind-the-scenes tour without the hefty price tag? Guests visiting Epcot’s The Land can sign up for the Behind the Seeds tour. This one-hour walking tour gives guests a look at the inner workings of The Land’s cutting-edge hydroponic gardens and fish farms. Unlike Disney’s other tours, this one only costs about $30 a person.

A spa day can prove the ultimate game-changer for a Walt Disney World vacation—particularly considering the average Disney guest takes 20,000 steps a day exploring the parks.

The other two spas are located at the Walt Disney World Dolphin and the Four Seasons Orlando. The Mandara Spa at the Dolphin is part of the wider Mandara Spa network, offering a uniquely Zen spa experience with heavy Asian themes throughout the facilities and treatments. For those looking to save, they periodically show up on discount sites.

The final spa is located at the Four Seasons Orlando, and like everything else there, the experience is top-notch. The Four Seasons spa usually comes in as the most expensive of the four options, but they also arguably include the most as far as facilities and spa services.

We can’t confirm if this is still an option following pandemic closures, but if you want to enjoy a spa day without the hefty price tag, some of the spas at Disney will allow access to the spa facilities if you book a spa manicure or pedicure. We’ve heard reports of this working at Senses Spas, though we would definitely call to confirm in the event this has changed.