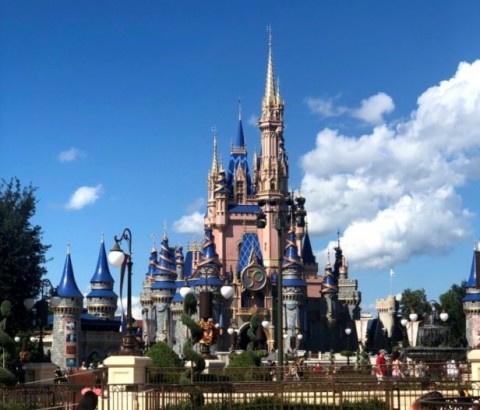 First, it must be noted that anyone who is traveling to Walt Disney World while pregnant should consult their doctor on what is appropriate for them. Always go by doctors’ recommendations before what might be stated in this article.

Know What Rides Are Typically Safe

There are several rides at Walt Disney World that are typically considered to be safe for pregnant riders. These are going to be the rides with no height requirement.

At Magic Kingdom rides with no height requirement include Astro Orbiter, Buzz Lightyear’s Space Ranger Spin, Dumbo the Flying Elephant, Haunted Mansion, “it’s a small world”, Jungle Cruise, Mad Tea Party, The Magic Carpets of Aladdin, The Many Adventures of Winnie the Pooh, Peter Pan’s Flight, Pirates of the Caribbean, Prince Charming Regal Carrousel, The Tomorrowland Transit Authority PeopleMover, and Under the Sea Journey of the Little Mermaid. All these rides are relatively tame.

In Epcot, Frozen Ever After, Gran Fiesta Tour, Journey into Imagination with Figment, Living with the Land, The Seas with Nemo & Friends, and Spaceship Earth are typically safe for pregnant people.

In Hollywood Studios, the only ride without a height requirement is Toy Story Mania.

There are many great quick-service dining locations at each of the parks that have a decent bit of indoor seating. These locations are great for rehydration and refueling with an air-conditioned break, and do not require any advance dining reservations. If you are visiting Disney's Hollywood Studios, check out ABC Commissary, Backlot Express, PizzeRizzo, or Docking Bay 7 Food and Cargo. At Magic Kingdom Pinocchio’s Village Haus, Pecos Bill’s, Columbia Harbor House, and Cosmic Ray’s all have a large amount of indoor seating. At Disney's  Animal Kingdom, you can find relief from the heat at Satu'li Canteen, Pizzafari, and Restaurantosarus. EPCOT has many indoor quick service locations, however some of the locations with the most indoor seating are Regal Eagle Smokehouse in the American Adventure pavilion, Sunshine Seasons in the Land pavilion, and Sommerfest in the Germany pavilion.

There are also several incredible shows to enjoy while giving those feet a rest. At Magic Kingdom, look out for Country Bear Jamboree, Hall of Presidents, Carousel of Progress, Mickey’s PhilharMagic, Monsters, Inc. Laugh Floor, or Walt Disney’s Enchanted Tiki Room. At Epcot, check out any of the shows in the pavilions throughout the World Showcase. At Animal Kingdom, you may want to check out A Celebration of the Festival of the Lion King, It’s Tough to be a Bug, or Animal Encounters: Winged Encounters – The Kingdom Takes Flight. Finally, at Hollywood Studios MuppetVision 3D, For the First Time in Forever: A Frozen Sing-a-Long Celebration, and Beauty and the Beast Live on Stage are all fun shows to see.