Could Disney's Multiverse Craze Solve the Biggest Problems for Marvel and Star Wars in their Parks? 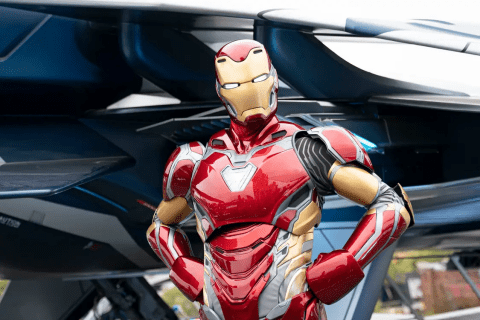 Things are starting to get a little complicated in Disney’s massive shared universes… but that may not be such a bad thing for fans of their parks.

For those unfamiliar, Disney owns two of the hottest intellectual property collections on the planet—Marvel Comics and Star Wars, two sagas so popular, they hardly need any introduction. These two storytelling giants share a number of common threads. Both have had an incredible influence on generations of fans, and both are notably present in Disney parks.

They are also both are trending towards going multiverse crazy…

What is a multiverse, you ask? It’s a term you’re likely to become familiar with soon, particularly thanks to Marvel. Multiverses are a longstanding theme in science fiction and comic books pondering what could happen if we discovered alternate universes parallel to our own—where slight changes in events throughout time result in radically different story outcomes.

Marvel has leaned hard into the concept of multiverses lately with the arrival of a new phase of the Marvel Cinematic Universe. This isn’t too much of a shock as multiverses have been a huge theme in Marvel Comics for decades. What’s more surprising is that Disney’s other mega-property, Star Wars, seems well on its way to joining the craze as well.

What does all this time/space travel convolution have to do with Disney parks you ask? More than you may think… Indeed, we’re starting to suspect that Disney might just choose to use a little multiverse madness to solve some of the biggest problems with two of their most popular lands…

Pondering the question, “What If?”…

Multiverses are an appealing plot device for a number of reasons. When executed properly, they can dramatically expand known story universes, as well as provide opportunities to retcon existing stories in creative ways.

More than anything, adding multiverses into stories allows creators to ponder a key question highlighted by one of Marvel’s most recent shows…

What If? is a recent Disney+ show that follows the observations of The Watcher, an egg-headed celestial being with the power to view events across the Marvel multiverse (which may include the planet Mustafar from Star Wars? As we said, it’s getting complicated). Each of these alternate realities has spawned from variations in the Marvel timeline—things like Peggy Carter taking super serum instead of Steve Rogers or Dr. Strange falling into a terrifying quest for power to bring back a lost love.

We’ve seen the existence of the Marvel multiverse confirmed in films like Avengers: Endgame and shows like Loki, with more multiverse shenanigans soon to come in Spider-Man: No Way Home and Doctor Strange: Multiverse of Madness. The inclusion of the multiverse has heralded every bizarre story twist imaginable, from characters appearing back from the dead thanks to temporal doppelgangers, to figures from non-MCU Marvel films starting to appear, even to Loki having a variant version of himself that is literally an alligator.

Star Wars has several curious versions of a multiverse as well. The first one is a little mundane and actually came about as a byproduct of Disney’s purchase of Star Wars. Previous to 2012, a vast collection of books, comics, video games, and other content often called the Star Wars Expanded Universe existed telling the continued story of the Star Wars saga. After Disney bought Star Wars, these extra stories were relabeled as Star Wars: Legends, no longer considered “canon” in the same way as the films and shows like Clone Wars. Disney has since built an ever-growing collection of their own expanded universe content to rewrite Star Wars history as they please. This alone has resulted in two versions of the Star Wars timeline that seem to periodically intersect as Disney brings more and more classic expanded universe content into the new timeline.

The most recent hint at this was in the excellent Disney+ series, Star Wars: Visions, which invited anime artists to produce a series of wholly unique short films set in an alternate Star Wars universe modeled after classic tropes from Japanese animation. There seem to be strong hints that Star Wars: Visions takes place in what is essentially a multiverse for Star Wars.

The other introduction of a multiverse in Star Wars happened on the show Star Wars: Rebels, and it is a doozy…

The World Between Worlds

The World Between Worlds is probably the most important story device ever introduced in Star Wars that many fans have never heard of… Be aware, some spoilers will follow.

Introduced in Star Wars: Rebels, the World Between Worlds essentially made time travel a real thing within Star Wars. After descending into an ancient Jedi Temple, Jedi-in-training Ezra Bridger located a mysterious door into an otherworldly plane of the Star Wars universe—a place comprised of a field of stars on a black sky, interlaced with pathways leading to portals where one could hear and see key moments throughout the Star Wars saga. While it initially seemed one could only view these moments as a spectator, to save the life of a friend, Ezra used one of the portals to intervene in a past moment, irreversibly changing Star Wars history.

Many fans believe the World Between Worlds made another appearance. At the end of The Rise of Skywalker, Rey sees a field of stars on a black sky and hears voices similar to those found in the World Between Worlds—the calls of Jedi throughout Star Wars history, including some who may not be dead. She is able to tangibly pull strength from this realm to face her final challenge.

Once again, why does this matter for Disney parks? Well, it could solve one of Disney’s biggest problems with Star Wars: Galaxy’s Edge… 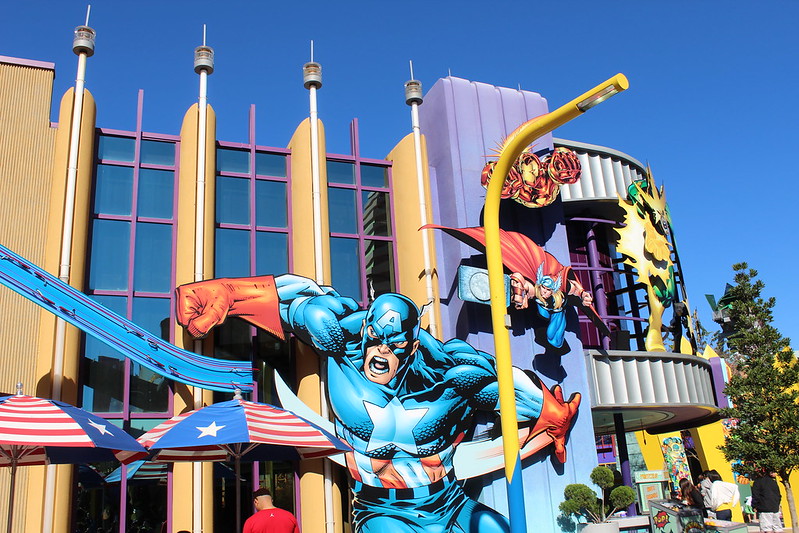 Disney has suffered from several major problems related to Marvel and Star Wars. Let's turn our focus back to Marvel for a minute.

Many fans have wondered why Disney hasn’t built more Marvel attractions at Walt Disney World, using these popular characters only at Disneyland Resort instead.

When Disney purchased Marvel back in 2009, Universal Orlando Resort already had theme park rights to Marvel Comics—rights they’d already used to build Marvel Super Hero Island at Universal’s Islands of Adventure. Disney managed to procure extremely limited rights to use Marvel properties in their parks, albeit at great cost—they are not allowed to use any Marvel characters already represented in Islands of Adventure in any theme park east of the Mississippi (aka Walt Disney World). As long as Universal continues to pay Disney royalties, they’ll maintain these theme park rights.

While Disney was finally able to move forward with opening Marvel Avengers Campus in Disney California Adventure in 2021, their prospects for using the invaluable characters of the MCU at Walt Disney World have remained extremely limited. So far, they’ve only used the Guardians of the Galaxy for attractions, shows, and character sightings since they fall outside of the umbrella of the Universal deal.

This raises a very important question: if Disney continues to introduce new characters connected specifically to the Marvel multiverse, could they eventually compile enough of these to produce an alternate version of Avengers Campus at Walt Disney World?

You would need a very specific set of factors to make such a plan work—specifically, characters that fans will flock to see that are not Spider-Man, Captain America, Thor, Doctor Doom, The Fantastic Four, The Hulk, etc. So far, the Guardians of the Galaxy have proven the only surefire winners for Disney to latch onto as subjects for attractions in Walt Disney World. However, with Disney’s roster of characters continuing to expand—partially thanks to the multiverse plot device—they could eventually assemble their own version of Avengers Campus, focusing on a group of “East Coast Avengers” with characters like Shang Chi, Captain Carter, Captain Marvel, and the gazillion variants of Loki.