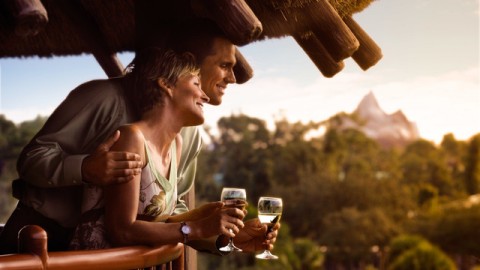 For the past several years, I’ve discussed the benefits of Disney Vacation Club (DVC) membership and also a few negatives. I’ve left the conversation open-ended, as I don’t think DVC is right for everyone. However, it’s historically offered terrific value for frequent Disney vacationers.

Since I posted the first articles, DVC has undeniably experienced hefty price increases. And this aspect leads to a question. Is DVC still worth the money? Read on to find out…

I first wrote about the program in 2014. By then, DVC had already operated for 23 years. For some reason, the word hadn't really gotten out yet, though. So, prices remained relatively reasonable at the time.

During the past decade, Disney has priced DVC properties depending on their status. The new resorts, the ones that haven’t sold out yet, cost more, while the older properties run the gamut from ultra-cheap to mega-expensive.

Back in 2014, the cheapest properties listed for $105 per point. Meanwhile, The Villas at Disney’s Grand Floridian Resort & Spa, the newest DVC resort at the time, cost $165 per point. Yes, DVC members paid 57 percent more for some points than others.

Members choose the costlier option for a reason. DVC entitles guests to book their Home Resort 11 months ahead of time before inventory availability becomes problematic. Members can't book rooms at the other DVC resorts until the seven-month window opens.

So, the best way to guarantee that you can stay at the Grand Floridian is to purchase DVC points at this resort. Otherwise, you're leaving everything up to chance. Even so, the guests who bought DVC points for $105 had the same opportunity to book at the seven-month window like everyone else. Everything in the program becomes pot luck at that time.

DVC over the years

The basics of the DVC program haven’t changed in decades, although Disney has altered some rules over the years. Historically, an ownership interest in DVC was similar to buying a house. The deed was all that mattered, and so the DVC resale market grew. In fact, former cast members started DVC companies that did exceptionally well.

Starting in 2011, Disney adjusted its rules to reward people who purchased DVC points directly through the company. They received more benefits. Conversely, members who bought via resales had some of their benefits reduced.

The way that state and federal laws work, Disney had to grandfather in the resales members. Still, anyone who buys that way now must understand the changes. And there's a financial component to consider.

A relatively recent change requires guests to show their official DVC Membership Cards to receive discounts of 10-20 percent at various restaurants and stores. These modest savings can mitigate the cost of annual maintenance fees, at least somewhat. So, Disney acted petty with this change in a vain attempt to reduce resales DVC purchases.

Overall, DVC maintains its one main rule, though. Members buy points, and then they exchange those points for hotel stays at participating resorts. So, for all of the minor tweaks to the system, it’s remained the same since 1991. Disney deserves credit for that aspect. But what about its pricing?

The cost of DVC then vs. now

Oh, how the times have changed.

Disney still sells two resorts at low prices. Disney's Vero Beach Resort and Disney's Hilton Head Island Resort cost $110 and $121 per point, respectively. That's an increase of $5 and $16 per point over the past six years.

According to the US inflation calculator, something that was $105 in June of 2014 should cost $114.42 at the time of publication. So, Vero Beach has actually thrown under inflation, while Hilton Head has nearly doubled it. The numbers will grow scarier from here.

Aulani, Disney Vacation Club Villas still hasn’t sold out yet. Disney offered new points here for $160 in 2014, while the same points go for $195 today. Inflation calculations suggest a fair price of $174.35. In other words, Disney should have raised prices by $14-15, but it increased them by $35 instead.

Some of the previous bargain resorts have spiked their prices the most. Disney’s Beach Club Villas once represented a terrific value at $130 per point. Today, Disney charges $225 for the same points.

Let’s place those price increases in perspective. The cost of inflation over that timeframe would suggest a price of $141.66 for Beach Club; Disney lists points at $225. Rather than raising the cost by $11.66, the company increased it by $95. I can’t sugarcoat this, as it’s price-gouging.

Yes, DVC has the right to charge whatever they want for their points. It’s a central tenet of capitalism. Still, the sudden escalation symbolizes Disney’s growing perception problem with theme park pricing.

I could cite other examples here. Disney's Riviera Resort is already at $195 per point, even though the property's still brand new. The Villas at Disney's Grand Californian Hotel also increased by $95, making it the program's most expensive purchase at $260 per point. Even DVC staples like Disney's Old Key West Resort have altered the pricing far beyond the cost of inflation.

It hasn't been worth it since the nineties when they first started selling. We bought in 92 at OKW and received tickets to the parks for the rest of the decade, and only $54 a point to buy.

Your suing the word "petty" to describe making DVC members show their membership card for those discounts is unfair. Way too many people try to take advantage of a good thing, remember those people paying folks in a wheelchair to get to the front of the line? Same can be said about that discount. I paid for my DVC membership and letting someone get that discount when they didn't pay is just not fair. Having to produce my membership card is no big deal. I mean you have to do the same with Annual Pass too right?? If folks didn't try to get something for nothing then maybe Disney could TRUST everyone. However in the real world we know this is not true.