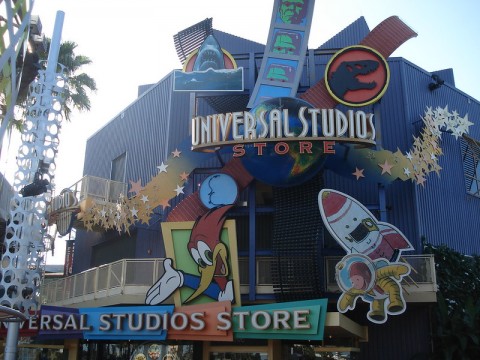 Universal Orlando tends to get a lot of disrespect. That has changed somewhat in recent years, with the property’s addition of The Wizarding World of Harry Potter, its hotel boom, and its announced third theme park. But still, sometimes, it’s thought of as the annoying kid brother of its mousy neighbor down I-4.

For years, it was kind of true. Universal cheaped out on a lot of facets of the resort experience, from poor staff training to penny-pinching operations budgets. But, when Harry Potter showed Universal the future that might be would that they chose to invest serious capital in the property, those negatives started to change.

As such, theme park fans often think of the good things at Universal as relatively-recent acquisitions. But, here’s the thing: Walt Disney World opened in 1971, including beloved attractions such as the Haunted Mansion. By the year 2001, those attractions and that park were already considered classics worthy of cultural enshrinement. “They’ve been around 30 years and stood the test of time!” people would say.

Well, I have news for you. Universal Studios Florida opened in 1990. It turns 30 in 2020. It’s time we start looking at some of that park’s attractions with the same reverence afforded to Disney’s classics.

Here are eight attractions and areas at the Universal Orlando resort that should be considered classics, just like Disney’s best. 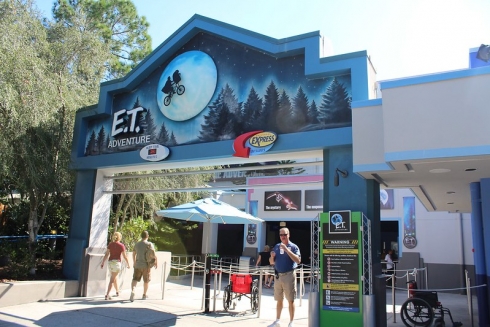 We’ll start with a bang. If there was one ride Disney could steal from Universal, it would be this one.

E.T. Adventure opened along with Universal Studios Florida in June of 1990. The passion project of master filmmaker Steven Spielberg, the attraction places guests on pedal bikes to take them through the journey of E.T.: The Extra-terrestrial. The result is an extraordinary symphony of lights, color, set design, and orchestration — which, even now, remains one of Universal’s most popular attractions.

Its queue — circling through the woods where Eliot and E.T. flee — is among the most beautiful and well-themed in Central Florida. The ride itself is substantial, with a show-stopping climax that takes guests to E.T.’s homeworld thousands of light years away.

E.T. Adventure is one of the five best attractions at Universal Orlando, and it’s been doing its thing non-stop for nearly 30 years. It deserves to be thought of as a classic. 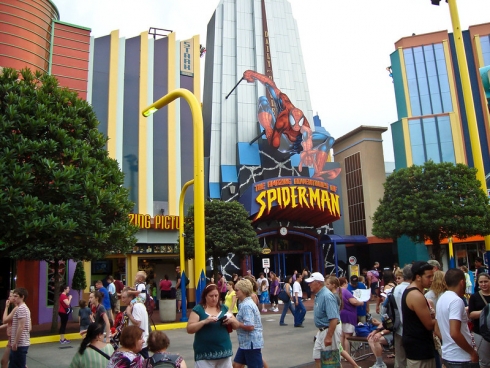 When Universal did its first major expansion in 1999, it took a major swing for the fences. Building an enormous park themed to multiple intellectual properties, the company landed on size and scale as its play for a second gate.

One of the island themes that the company landed on has had an effect so vast and so grand, it has essentially changed the landscape of entertainment itself.

Looking at Marvel Comics as a potentially underrated entertainment property, beloved both for its comic book production as well as its ever-presence on the Saturday morning cartoons, Universal signed a deal with Marvel giving them the exclusive theme park rights to its characters east of the Mississippi River. The result was Marvel Super Hero Island, and its centerpiece attraction, The Amazing Adventures of Spider-Man.

This ride has been open for twenty years, and yet it still feels just as cutting edge as it did back in the 20th century. The ride system — motion simulators mounted to a moving track, in front of 3D projections — is so timeless, Universal brought it back just a few years ago for their Transformers attraction.

But Spider-Man is still the original, and it is still the best. Combining live-action effects and sets with three-dimensional film, there is no attraction anywhere in the world that takes you inside the life of a superhero quite like this one.