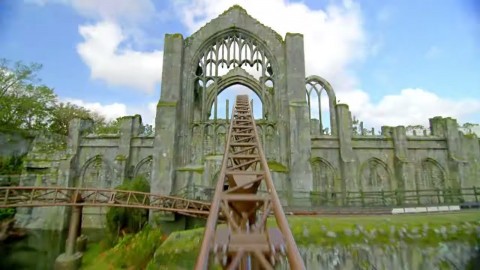 Have you heard the news? Universal Orlando's newest "E-Ticket" attraction, Hagrid's Magical Creatures Motorbike Adventure is the first "story coaster" in the world...! Or is it?

What exactly makes a coaster "worthy" of being called a "story" coaster? Of course, there's no official definition, so to help us make sense of what's what, it got us thinking about four categories of classifying roller coasters by their storytelling. And though the lines can be blurry, we tend to think of it this way: 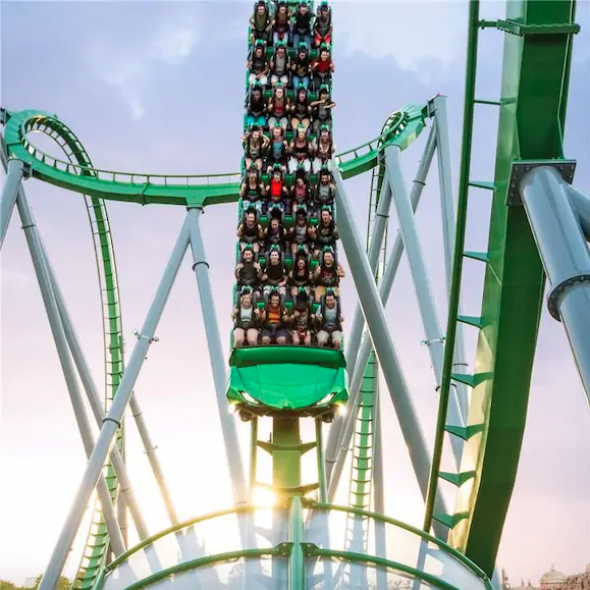 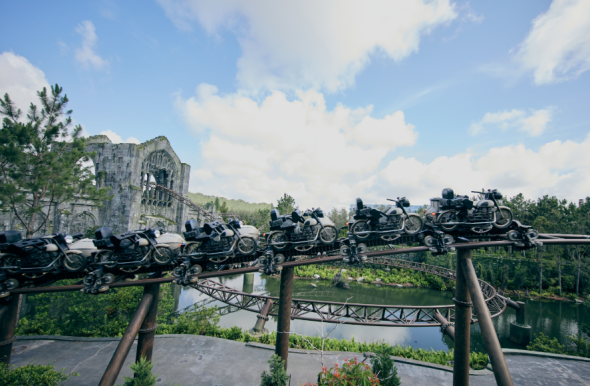 It's not that one is better than another or that every ride should strive to move "up" a level. But thinking of it this way help us to decide if Hagrid's really is the first "story" coaster on Earth (hint: it's not) and what other rides might fit into this class... Take a look at the ones we decided on, then let us know which we missed!

1. Revenge of the Mummy 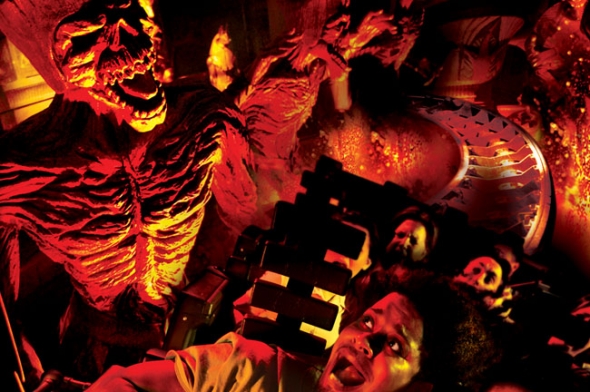 One of the early adopters of Universal’s relentless push to modernize its “studio” park, Revenge of the Mummy was once billed as the world’s first “psychological thrill ride.” Especially given that its max speed is 40 miles per hour and its largest drop is technically the same as Seven Dwarfs Mine Train’s, it’s quite a feat that the attraction largely lives up to the hype! Even 15 years later (a lifetime in Universal years), the ride is still considered among Universal’s best, earning it an in-depth making-of feature here, Modern Marvels: Revenge of the Mummy.

But what’s most impressive is that Universal really pulled out all the stops in adapting the Mummy franchise and its heroes into a more-or-less coherent story that guests ride through. Our motivation? Imhotep is risen, has sucked the soul out of a stagehand, and is determined to kill us. Our goal? Find the symbol of the Medjai - the ancient protective order tasked with returning Imhotep to the grave - before it’s too late.

Along the way, Revenge of the Mummy is equal parts frightening and fun, with nimble 12-person “mine carts” that first act as dark ride vehicles before twisting, diving, slamming to a halt, and launching. Along the way, the ride uses animatronics, dead-end track, backwards sections, a turntable, and - in its most memorable moment - a “fake unload” station that then sees guests dive into a pit of fiery steam. Peace is restored when the Mummy is seemingly sealed away once again. 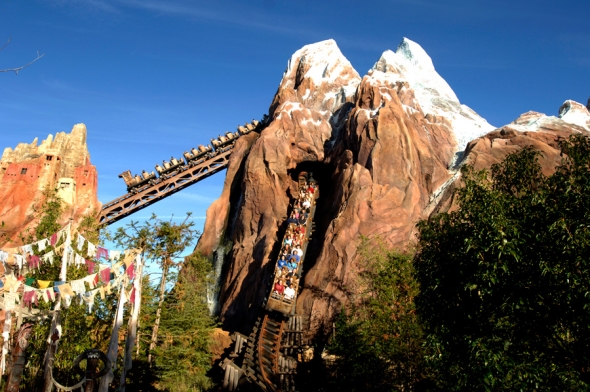 Though Disney’s “mountains” are among the most iconic roller coasters on Earth, we’d argue that most of them don’t really rise to the level of “story” coasters. Take Disneyland’s Matterhorn Bobsleds. While riders slalom along the icy mountain, through glacial grottos, and even encounter the Abominable Snowman, the ride isn’t really bringing them along for a plot. Instead, it’s merely conveying the fanciful theme of bobsledding as a joyful and freeing adventure.

However, its sister ride at Disney’s Animal Kingdom is a whole different beast. The Modern Marvel: Expedition Everest benefits from being layered into the park’s photorealistic Asia, which already has enough plot baked in (thanks to legendary Imagineer Joe Rohde and his team) to instantly add context and realism. The queue for Expedition Everest sets up what we need to know by sending guests through a Yeti museum with artifacts for and against the existence of the legendary guardian of the Himalayas. 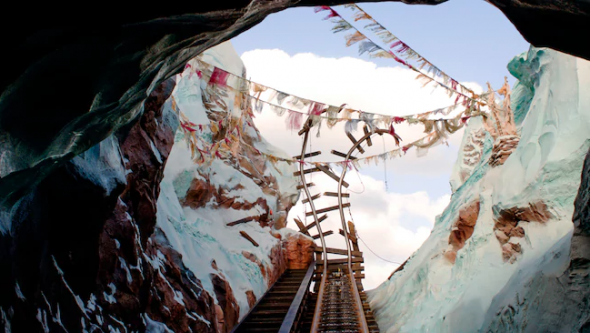 Once on board, guests trains head for a Forbidden Mountain only to be intercepted by track that’s been mysteriously uprooted… What follows is a descent through the mountain’s caverns with the protective Yeti in pursuit. The voyage through the Himalayas and the Yeti’s attack feels like a story guests are a part of. It’s happening to riders, not just around riders. And though it may feel like a story coaster would be the same every time and thus reduce re-ridability, Everest proves it’s not true, consistently considered one of the resort’s key attractions.

Surprised to not see the Indiana Jones coaster at Disneyland on this list.

Hi Amanda! Indiana Jones Adventure is actually not a roller coaster at all, but a dark ride. The ride system is a little more advanced than something like Snow White's Scary Adventures, but it works on the same principle: a car that's powered as it moves along a ride path on real rubber tires. You can read more about it here: https://www.themeparktourist.com/features/20180328/33764/modern-marvels-indiana-jones-adventure-temple-forbidden-eye Thanks for reading!

Hey, I really enjoyed that article! I never gave that much thought to the "categories" of existing roller coasters but it all made sense and deepened my appreciation for the art of coasters. I like how you made it easy for me to skip coasters that I haven't been on yet, but plan to, to avoid spoilers. Thanks for an entertaining read! And I agree that people who skip the line (fastpass, single rider) on Expedition Everest are missing half the story-- a real shame. Ideally people would go through the full queue at least on the first ride.