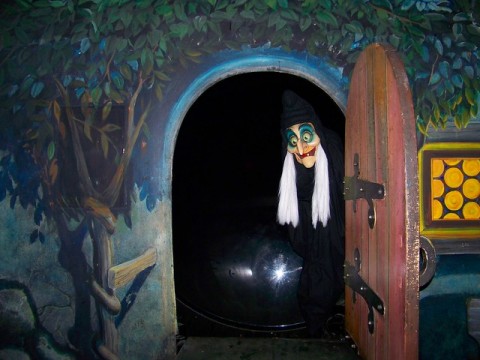 We’ve heard it again and again: “Disneyland will never be completed. It will continue to grow as long as there is imagination left in the world.” It’s an inspiring concept and an appropriate, if overused line that Disney trots out in order to justify any number of closures, revisions, and expansions they want to tack onto the parks.

But Disneyland isn’t a collection of new and shiny toys. It’s a compelling blend of the new and the old, the vintage and the technologically forward-thinking, spanning attractions from Opening Day’s Jungle Cruise and Sleeping Beauty Castle to the highly-anticipated (and as-yet unveiled) Millennium Falcon: Smuggler’s Run and Rise of the Resistance. You could make the argument that Disneyland wouldn’t really be Disneyland without its oldest and most classic attractions, as they make up some of the last remaining fragments of the park Walt dreamed up in 1955.

Along those lines, it’s also worth pointing out that more than a few of these oh-so-beloved attractions are looking… well, a little shabby, especially next to newer or more recently-enhanced rides. Does Disney have an obligation to modify its classic attractions in order to appeal to the changing tastes of its guests? No, but let’s take a look at what might happen if they did. 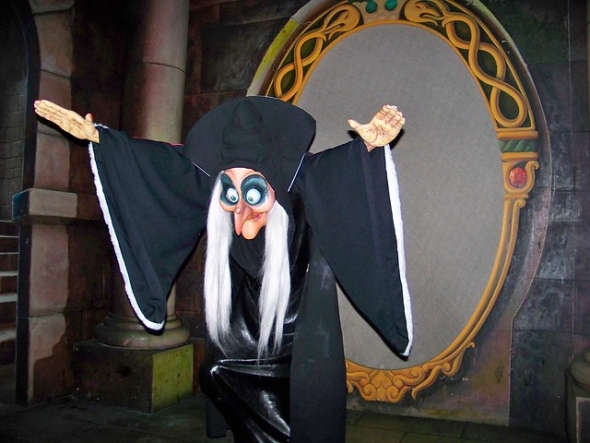 A truly classic dark ride, Snow White’s Scary Adventures has become so integral to the Disney Parks that it made the Opening Day roster for both Disneyland and Walt Disney World. But, while Walt Disney World eventually abandoned the attraction in order to construct the über-popular Seven Dwarfs Mine Train during their recent Fantasyland expansion, Disneyland’s version persists to this day.

There are no announced plans to replace the ride, and truthfully, it may not need to be shuttered at all. Not only does it hold a certain kind of protected status as one of Walt’s original rides, but it carries a simplistic charm that still manages to spook adults and children alike with the use of its selective blacklist and the frequent and infamous appearances of the Old Hag.

Perhaps most strangely of all, Snow White’s Scary Adventures is one of the only Fantasyland dark rides that fails to convey a proper plot overview of the film it’s based around. Unlike Peter Pan’s Flight, Pinocchio’s Daring Journey, and Alice in Wonderland, it’s difficult to get a good sense of the film’s narrative; riders may instead feel as though they’ve stumbled into a very dark alternate fairy tale universe. The scare factor has been worn down to an almost cheesy predictability, as those who have ridden it often know exactly when the scares are coming (the Old Hag animatronics “pop out” at riders no fewer than five times)—and those who have not ridden it might quickly wish they hadn’t taken their toddlers along for the ride.

With another update, however, Disney could easily rectify the attraction’s storyboard issues and give parkgoers a true family-friendly experience. Rather than centering the premise around the adventures of the Old Hag, they might instead streamline the ride into a basic retelling of Snow White and the Seven Dwarfs, with scenes of the woodland creatures and seven dwarves interspersed between scarier moments instead of simply bookending the attraction. In fact, highlighting the dwarves in the attraction—whether they’re carving jewels out of the mines, trying to get Grumpy to bathe, or simply popping up at the edge of Snow White’s bed—might make for a more faithful representation of Walt’s original idea for the film and a better homage to one of his original Disneyland attractions, too. 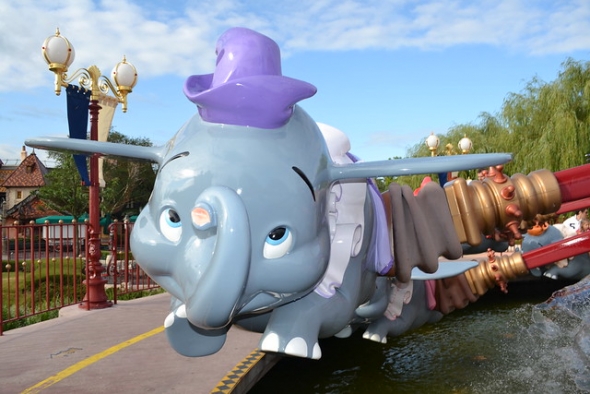 The same principle may not quite apply to Dumbo the Flying Elephant—an attraction Walt original envisioned as a recreation of Dumbo’s alcohol-induced “pink elephant” hallucination. Today’s version is much more innocuous, with ten ‘Dumbos’ rising in the air in unison as Timothy Q. Mouse directs them from the center of the aerial carousel.

Unlike the dark rides that characterize most of Fantasyland, Dumbo the Flying Elephant is more of a general Disney-themed attraction than one that tells a specific story. That changed somewhat with the expansion and retheming of the Walt Disney World version in 2012, though, as prospective riders were invited to enter a ‘Big Top’ playplace and caught glimpses of Dumbo suspended in the air above them before boarding their own Dumbo ride vehicle.

Disneyland took similar measures in 2018 after debuting a new shaded queue next to the carousel, but given the limited room at the park, were unable to do more than slap a few posters on the walls in order to add a little context to the ride. While they may not be able to duplicate Magic Kingdom’s impressive circus-themed waiting area (to say nothing of its second carousel), it might behoove them to completely tent the ride itself—bringing riders fully into Dumbo’s big circus universe as he dips, dives, and soars above a captive audience.

Seeing the t bar ceiling let's you know you are in 1 big room.

Disneyland is complete. Disney Co. has no imagination left in the tank which is why it purchased Star Wars and Marvel Comics and partners with Pixar. And it shows. P