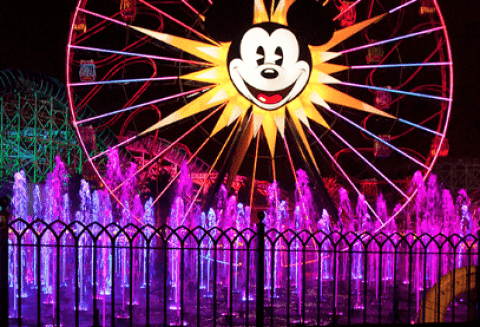 It's no surprise to any frequent visitor that theme parks transform by nightfall, with most every corner of every park completely revitalized by the warmth of gas lamps, torches, incandescent bulbs, and etheral glows. To walk around Disneyland's New Orleans Square, Magic Kingdom's Tomorrowland, or Animal Kingdom's Asia by nightfall is to see these familiar lands in entirely new ways.

And to accentuate those new, fantastic points of view, Disney and Universal have prepared nightly entertainment for its parks that ranges from passive scenery to full-blown nighttime spectaculars. Here, we'll list Disney and Universal's eight stateside parks (from least nighttime-friendly to most) and highlight our number one after dark draw for each. Do you agree with our order? With our number one pick for each park? Let us know in the comments! 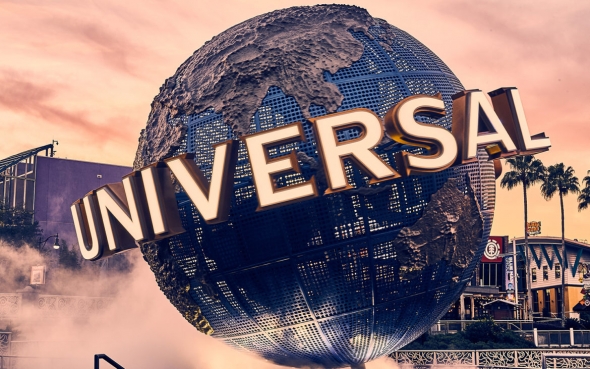 For most of its history, Universal Studios Florida hasn't really had any compelling entertainment meant to keep folks hanging around after dark. Of course, maybe that's because Universal Orlando's parks often close before dark except on the most busy summer days... While seeing the park's photorealistic lands dedicated to New York, San Francisco, and Hollywood is fun, anything the park has offered in the way of nighttime entertainment has typically centered around the Studios' central lagoon ranging from stunt shows to small, low-level pyrotechnics shows.

Celebrating Universal's 100th anniversary in 2012, Universal's Cinematic Spectacular was a projection show centered on the lagoon with enormous floating barges rising to create falling water screens accompanied by fireworks and lights. In 2018, it was replaced with what we find to be a much more compelling after dark draw for the park... 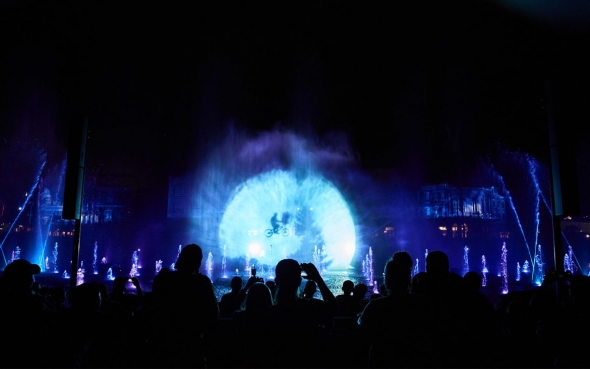 It's clearly Universal's take on Disney's World of Color. While Universal's version is visually impressive, it suffers from the same drawback as any Universal nighttime show borrowing Disney's "music and clips" format: Disney's film portfolio simply has more of an emotional wallop for people than clips from Kung Fu Panda, Jaws, Fast and Furious, and Despicable Me. That means that most nights, you can saddle up to the lagoon without much hassle in the way of crowds. 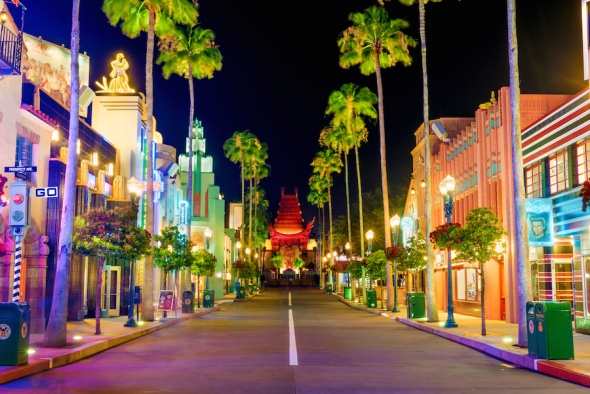 Disney's Hollywood Studios is – first and foremost – a park in transition. It's obvious to see that the park (often derided as a half-day park due to its small ride count) is figuring out exactly what it should be, and even though the park looks a whole lot better after dark, its nighttime offerings are about as scattered as its own identity.

For example, the park's Hollywood Blvd. is gorgeous after dark, with neon signs lining the street and the Chinese Theater glowing a deep red at the road's end. The same can be said of Sunset Blvd., terminating in the Hollywood Tower Hotel that's hypnotically lit in purple with its flickering, sparking neon sign. Maybe you could even list Toy Story Land as a must-see after dark thanks to its dynamic lighting package that makes the land glow in saturated tones and makes the Slinky Dog Dash look like a real headliner. Some fans would probably argue that these nighttime scenes are the single biggest reason to stay after sunset. 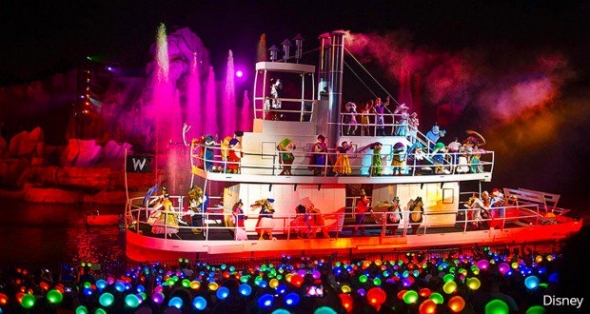 If we're angling more toward nighttime entertainment as the reason to hang around after dark, Hollywood Studios seems to throw a lot at the wall hoping something will stick... The East coast version of Fantasmic! would be a fine contender (and probably is a headliner for most guests), but the park also offers projection shows on the Tower of Terror, projection shows on the Chinese Theater, and fireworks shows, all popping in and out of existence... In other words, there's just a lot happening rather than having one definitive nightly headliner. But we think Disney is about to change that...

AFTER DARK DRAW: The Wonderful World of Animation

Maybe it's unfair to list a show that hasn't yet premiered as this park's number one reason to stay after sunset... But here's the thing: the Chinese Theater has proven itself to be perhaps the best projection show surface at Walt Disney World (not only because it's relatively flat, but because, y'know, it's modeled after a famous Hollywood theater, meaning it makes sense for clip shows to be shown on it). So far, it's hosted "Star Wars: A Galactic Spectacular," "Jingle Bell Jingle Bam," and "Disney Movie Magic." As evidence of the park's mish-mashed purpose, those are all three playing interchangably based on the season. In other words, each has been very successful, but none have really risen to "permanent nighttime spectacular" level. 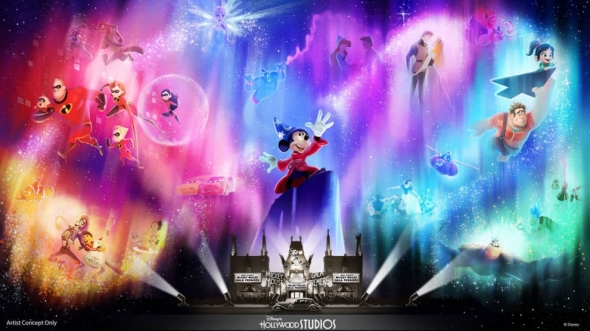 Our hunch is that the Wonderful World of Animation is meant to do just that; to become this park's "World of Color" – its iconic, definitive, long-running nighttime show. It makes sense... If Hollywood Studios is transforming into a park dedicated to letting guests step into the movies, then its nighttime show should be a celebration of the movies (and at Disney, that often means animation). We're excited to see how this show ends up, and we suspect it'll become the reason to stay at Disney's Hollywood Studios after dark...

... though of course, it may be tied with seeing Star Wars: Galaxy's Edge at night...