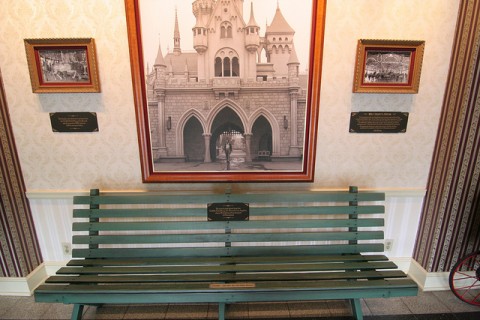 Even the most casual parkgoer is familiar with Disneyland’s biggest hits, from Space Mountain and the towering slopes of the Matterhorn Bobsleds to the gilded carousel peeking through Sleeping Beauty Castle. With 54 rides and a variety of shows, parades, live music, exhibits, and galleries, however, there’s no shortage of incredible sights to see at the park—and more than a few cool spots that always seem to go unnoticed by the (understandably overwhelmed) first-timer.

If you’re the type of traveler who prefers a leisurely stroll down Main Street, U.S.A. to a sprint toward Splash Mountain, these may be just the kind of spots that pique your curiosity. If you fall into the latter category, well, most of these also double as great places to hang out and chill once that roller coaster fever has died down. 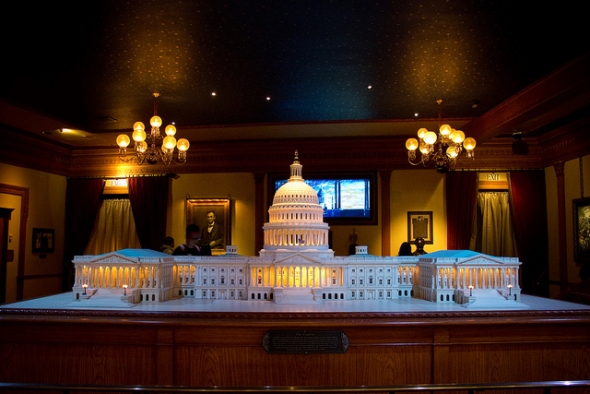 Great Moments with Mr. Lincoln is a marvel in and of itself, but how many times have you stopped before or after the show to admire the collection of paintings, busts, and model replicas that line the walls of the foyer?

While you wait for the next show to start, walk around the back of the Disney Gallery (beyond the plethora of Disneyland memorabilia you’ll pass at the entrance) and take a look at the painting to the left of the fireplace—the lifelike rendering by portrait painter and Imagineering concept artist Richard Broderick jumps out of the frame as realistically as any photograph. Among various other installations, including a 1935 model of the Capitol Building and a dozen ‘Spirit of America’ statues, you’ll find an even more striking portrait in film designer John DeCuir, Sr.’s “The Burden of War,” which is also incorporated in the show as a moving depiction of Abraham Lincoln’s loneliness during a private moment in the White House. If you take time to read the bios on each piece of art, you’ll discover some interesting nuggets about Disneyland’s history, too, as well as all that of the incredible people who came together to realize Walt’s dream. 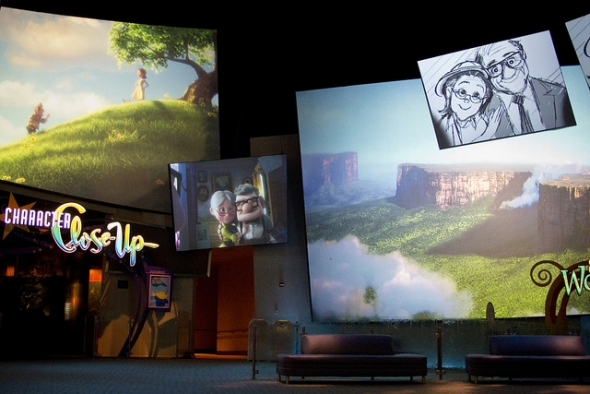 I’m not going to lie: This is my all-time favorite spot in any Disney park. From the outside, it looks like another nondescript building on your way to Guardians of the Galaxy Mission: Breakout! at the end of Hollywood Land, but in reality it’s so, so much more than that. After you follow the winding pathway indoors, you’ll enter into a dim lounge surrounded by 360-degree screens. The screens rotate through montages of Disney films, from Snow White and the Seven Dwarfs to Ratatouille to Frozen, and the atmosphere is both incredibly relaxing and set to a comfortable temperature (an essential feature given the scarcity of shaded spots in either Disney park!).

If sitting on a couch belting your heart out to “A Whole New World” isn’t your style, there are also a variety of free shows and activities available for the restless at heart, including the screen-interactive Turtle Talk with Crush, an Anna and Elsa meet-and-greet, beautifully-designed rooms in the Sorcerer’s Workshop where you can test your animation skills and explore a replica of the Beast’s tremendous library, and another personal favorite, the 20-minute animation classes that are held from park open to park close. With a variety of talented Disney artists on hand to instruct aspiring artists and a few dozen characters to choose from, Animation Academy and the rest of the feature attractions at Disney Animation Building are easily worth the price of park admission alone.