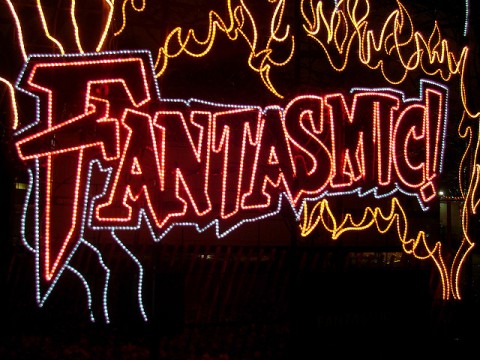 Fantasmic! has lit up the night skies for more than 25 years at the original Disneyland park. Since then it has spread to Hollywood Studios in Florida and even to the Tokyo Disneyland Resort. Fantasmic! was no simple feat however. It required complex planning and created serious changes in the park that still affect operations today. Read on to discover Fantasmic!’s unspoken legacy. 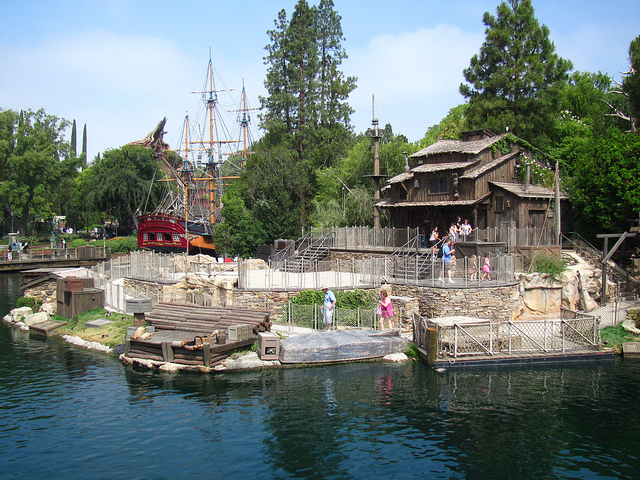 Disneyland’s Fantasmic! takes place throughout the Rivers of America and on Tom Sawyer’s Island, both of which are guest accessible areas. But turning an island and the river in front of it into a stage capable of launching fireworks and spraying water dozens of feet in the air is no simple task. Both Tom Sawyer’s Island and the Rivers of America were significantly altered to accommodate Fantasmic!. This involved installing the lifts that would bring the Maleficent Dragon and Mickey onto the stage as well as new pathways for stage performers to enter and exit the “on stage” area.

Even when Tom Sawyer Island and the Rivers of America were ready to display the show, the surrounding walkways of New Orleans Square were not ready to see them. The then mostly flat walkway was tiered to add more visibility and walkways were widened to double as seating areas. This made Fantasmic! shows more accessible to guests but did quite a number on the attractions surrounding the Rivers of America. Especially during the holiday season, both Haunted Mansion (then Haunted Mansion Holiday) and Pirates of the Carribean roll out extended queues that snake through New Orleans Square. Pirates of the Caribbean’s extended queue (referred to by cast members as “The Kraken”) now cuts off a major artery between the New Orleans Square shops and the entrance to the attraction. Haunted Mansion’s extended queue (called “Nightmare”) cuts off access to Café Orleans. When both queues are fully rolled out, finding your way back to the New Orleans train station is an adventure in itself! 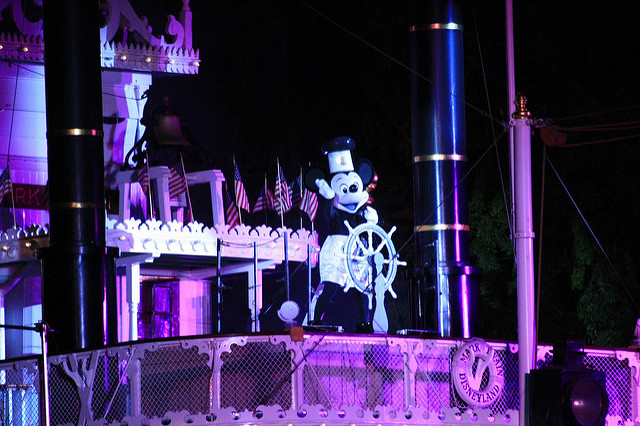 Fantasmic! is the story of a hero, a story brought to life through the imagination of one of the most beloved personalities of all time. It is populated with the characters we love and driven forward by the conflict we have seen time and time again on the silver screen. While this is common in Disney parks around the world now, Fantasmic!, coupled with other openings in the late 80s and early 90s, represented a massive shift in focus for the Disney parks division. First, Disney’s first ride in cooperation with Lucasfilm, Star Tours (read about the original in this LOST LEGEND: STAR TOURS), opened in 1987. Then, Fantasmic! opened in 1992 followed directly by MODERN MARVEL: INDIANA JONES AND THE TEMPLE OF THE FORBIDDEN EYE in 1995. Three mega-attractions and instant classics were viewed as a “beta test” for refocusing from original storylines. While the park had always featured stories from the classic Disney films, other classics had been rooted in developing new worlds. With the longtime success of these three attractions, Disney and Imagineers discovered they did not need to build an entire world to immerse guests. Instead, they could plunge guests into deeply established worlds of detail and drama directly from cinema.