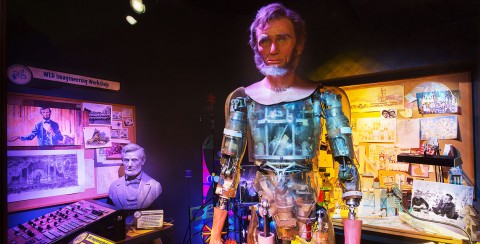 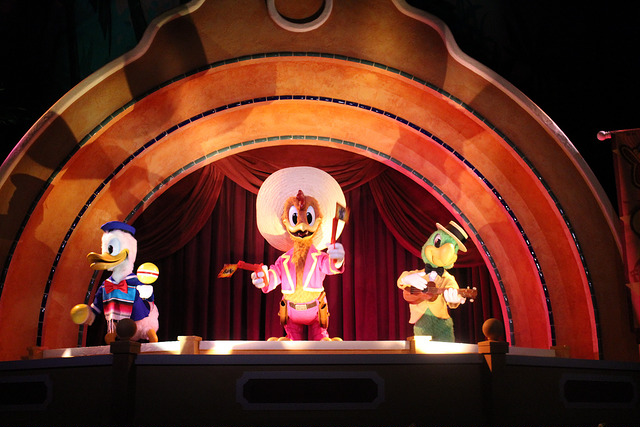 Donald Duck, Jose, and Panchito have delighted audiences since their debut in 1944. Their musical popularity took them soaring straight into the Mickey Mouse Revue, an animatronic extravaganza in Magic Kingdom’s Fantasyland. An opening day attraction, the Mickey Mouse Revue delighted guests from 1971-1980. The three animatronic birds then shipped their show over to Tokyo Disneyland with the rest of the Revue. Tokyo Disneyland guests enjoyed the Caballeros until 2009. After their run in Japan, the Caballeros shipped out once again all the way back to their home in Orlando. Instead of landing in Fantasyland, these birds headed to the Grand Fiesta Tour starring the Three Caballeros in the Mexico Pavilion of Epcot’s World Showcase. In their current home, Donald, Jose, and Panchito perform their Three Caballeros world tour after finishing their real-life world tour.

2. The Animals of Splash Mountain 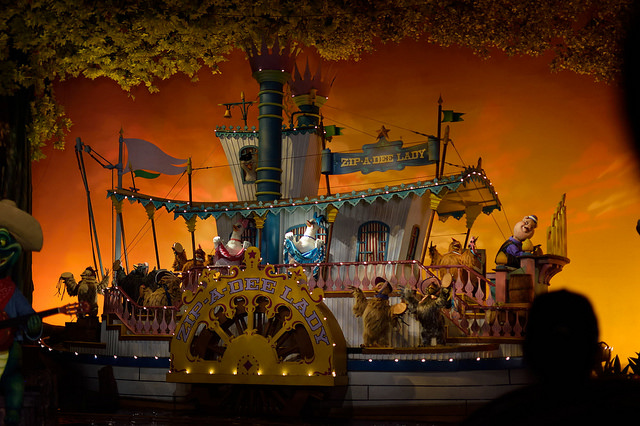 Tony Baxter filled a room with models of his newest proposed attractions. Side by side with models and artwork for Discovery Bay (read about it in POSSIBILITYLAND: Discovery Bay) were models for an attraction named after the 1984 live action mermaid film Splash. It’s biggest selling point: it could be made cheap, EXTREMELY cheap. In the wake of the EuroDisney fiasco, cheap was the only option. Baxter was able to design such a cheap attraction by taking almost all the ride’s animatronics from the departing America Sings. The animatronics were wheeled around the back of the park, reprogrammed to sing How Do Ya Do, Everybody’s Got a Laughin’ Place, or Zip-a-dee-do-da, and plopped directly into Splash Mountain where they stay to this day. 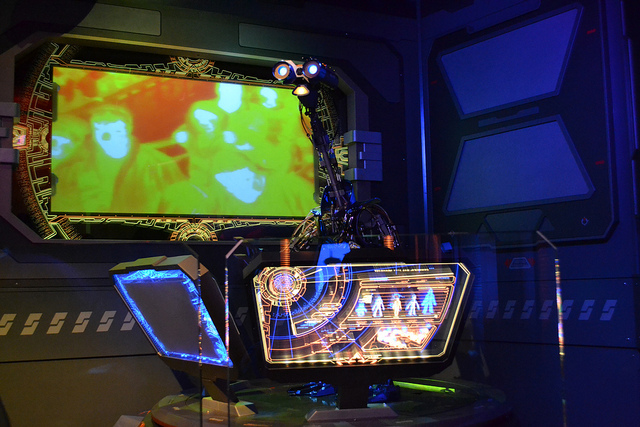 America Sings was a gold mine for animatronics in the 80s. Long before the animals headed over to Critter Country, two geese disappeared from the show. Later, imagineers admitted to removing the two for a new ride featuring a well-known space odyssey. These two geese had their feathers plucked and all their outside dressings removed. A couple of plastic pieces and a reprogramming later, these geese were official Star Tours agents qualified to screen passengers and (attempt) to fix droids.