Any Future Imagineers Should Have These Must-Read Books (and More) on Their Shelves!

How many of us have daydreamed about what we would do at Disney if we were left in charge? Who among us doesn't long for the opportunity to shape the future of the theme parks we love so much? How many times have you wondered, "What would it be like to be an Imagineer?" For most people visiting Theme Park Tourist, the chance to change the future of Disney Parks would be a welcome one – whether it would mean returning to the "classics" of yesteryear or blazing a trail forward into the future. But a common question must be, where do I start?

The answer is with your nose in a book. There are dozens – hundreds – of spectacular, in-depth biographies, tell-alls, collections, and histories written by and for fans, Imagineers, executives, insiders, and artists eager to tell their piece of the Disney story. From the unbelievable works of Rolly Crump and Marty Sklar to the written words of Marc Davis and Walt's original storytellers, the library of any future Imagineer will be chocked full of chapters.

Today, we offer a good start: eleven must-have books ranging from coffee table collections of concept art to in-depth expertise passed down from Walt Disney's own peers. Take a look through this Imagineering book club and find the start that's right for you! 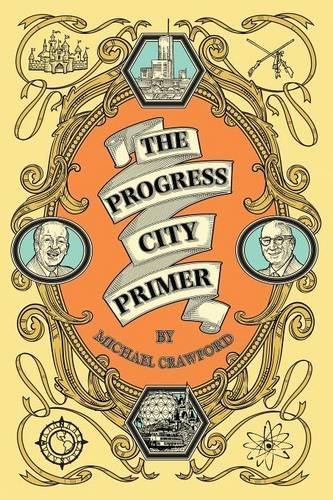 If you believe you know everything about Walt Disney and his theme parks, this is the book to begin with. Though the same talking points and same stories have circulated through biographies and tell-alls about Disney over and over again, Progress City Primer is truly a book for fans, always glancing sideways from the stories we already know to detail the more amusing and askew tales from Walt’s time to today. It’s funny and – most importantly – fresh, even

The book jumps (perhaps unceremoniously) from figure to figure, anecdote to anecdote, park to park, though it never feels rushed! It’s a loving tribute to the Walt Disney Company, its founder, and the themed entertainment industry it created, but it’s not overly sentimental.

As you might suspect, the heart of the book revolves around Walt Disney’s Experimental Prototype Community Of Tomorrow and its almost-mythical evolution into EPCOT Center with its host of Lost Legends and spectacular stories. Brilliantly, the book’s final chapters dive deep into never-built Possibilitylands – projects from the infamous Eisner era that might’ve changed Disney Parks forever… if only they’d happened. Some of the most vibrant detail available on the Disney-MGM Studios, Port Disney, and Disney’s America are contained in this eclectic collection! 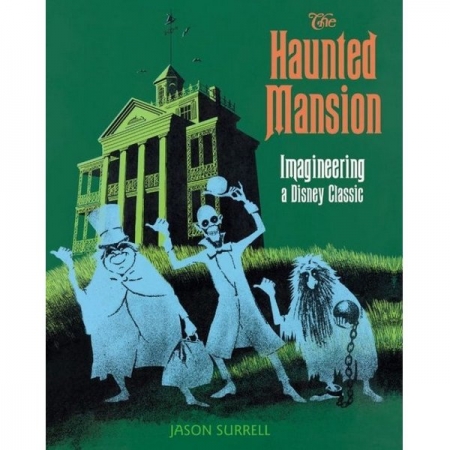 There may be no Disney Parks attraction on Earth with a story as compelling as the Haunted Mansion. The first test of Imagineers’ resilience after Walt’s death, the ride’s creation was marked by infighting over exactly what this dark ride should be. The result, of course, is one of the most celebrated classic dark rides in Disney’s entire portfolio, and Imagineering the Disney Classic is a complete look at the many iterations that could’ve been for this living legend.

When Jason Surrell’s book was initially published in 2003, it was supposed to trace the evolution from the 1969 attraction to the 2003 Eddie Murphy film it inspired. Thankfully, recent re-issues have edited out allusions to that poorly received family film and instead re-focused on the Imagineering masterpiece that we know today.

Better yet, updated editions follow the ride’s most recent steps, detailing how the Haunted Mansion evolved to create spiritual sequels in the form of Disneyland Paris and Hong Kong Disneyland’s Modern Marvels: Phantom Manor and Mystic Manor, respectively. That makes Surrell’s beautiful study of the Haunted Mansion as essential as the ride itself.

Also read: Jason Surrell's Pirates of the Caribbean: From the Magic Kingdom to the Movies