How Much More Do You REALLY Pay To Stay at a Disney Resort? 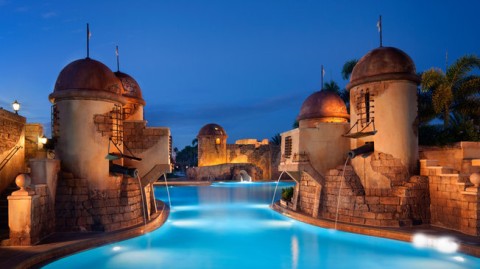 Each time you prepare to book your trip and head to Walt Disney World, you’re faced with a simple decision. Where will you stay? The combined annual attendance at Disney’s four Orlando theme parks is 54 million. While part of that total comes from Orlando residents and a lot more comes from guests visiting multiple times at multiple parks, we’re still discussing tens of millions of tourists. Those out-of-towners have to stay somewhere.

Choosing the right place to stay during your trip comes down to a series of calculations. How many travelers are in your party? How long will you stay? What’s your lodging budget for the trip? Independent of your specific answer to each question, the ultimate goal is the same for every theme park tourist. Everyone wants to maximize their vacation money. To do that, you need to know your travel options and what you get from each one. Here’s a look at how to get the best bang for your buck when staying near Disney World. 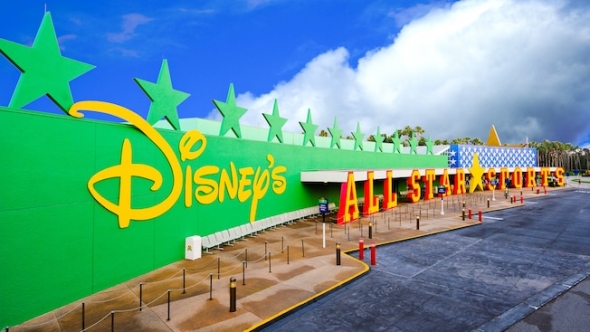 Image: DisneyThe Walt Disney Company has had more than 40 years to construct hotels that cater to every traveler’s needs. Value Resorts have thousands of rooms, all in the $100 per night range. Disney’s Moderate Resort tier offers more amenities and better locations relative to the parks at a cost of $150-$250 per night.

The finest hotels at Disney are in the Deluxe Resort category. Those generally run at least $300 per night on the lower end and more than $500 per night for the best ones such as Disney’s Polynesian Village Resort and Disney’s Grand Floridian Resort & Spa. Several of the entries in this tier reside on the monorail or, in the case of Disney’s Boardwalk Resort and Disney’s Beach Club Resort, within walking distance of Disney’s Hollywood Studios and Epcot. You’re paying for theme park convenience when you choose these high-priced resorts. 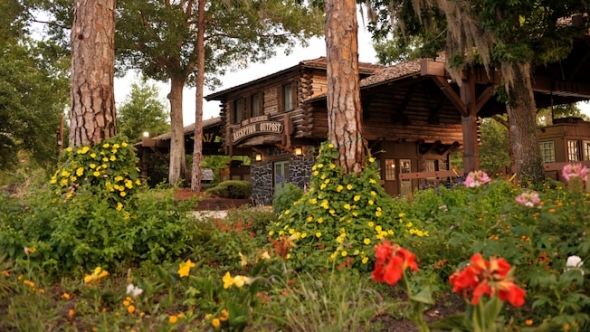 Image: DisneyTripAdvisor lists 353 lodgings and 3,333 vacation rentals as viable options for Orlando tourists. That’s tens of thousands of rooms available. For the purpose of this article, I’ll only compare resorts, saving vacation rentals analysis for a different day.

The scary thought about Orlando rentals is that demand oftentimes meets supply, and the situation has grown more pronounced in recent years thanks to the ascension of the Universal Orlando Resort. Now, travelers have twice as many reasons to visit the greater Orlando area as they did back when Universal was the ugly duckling of city theme parks. For that reason, prices are increasing across the board, and accommodations are added each day to meet the heightened demand.

For our purposes, we’ll match tiers as much as possible. TripAdvisor lists the top 10 resorts in Orlando, which is obviously a hotly contested battle. With only 10 spots available, 343 other lodgings don’t make the cut. The hotels we’ll evaluate are all in the 97th percentile or higher, meaning that they have a glowing reputation for quality relative to price. Some of them also offer ridiculously low prices, but I’m making the arbitrary decision to eliminate anything that’s more than a few miles away from Walt Disney World. Orlando traffic will lead to regrets for guests who get too ambitious about their travels.

Image: DisneyThe five hotel options we’ll evaluate are the Hampton Inn Orlando/Lake Buena Vista. Tripadvisor lists its current rate at $135 per night and offers it their Certificate of Excellence, which is true of each option I’ve chosen. These are the best of the best in Orlando. Next is Floridays Resort Orlando, with a nightly rack rate of $152 per night. For the next tier, what Disney calls Moderate Resorts, the non-Disney equivalent is Embassy Suites by Hilton Orlando Lake Buena Vista Resort, with a rack rate of about $175, although I could find lower prices on several days.

Finally, the best comparison for Disney’s Deluxe Resorts is unmistakably Four Seasons Resort Orlando, which comes with a bit of sticker shock at $550 per night. The hotel is so great, however, that rumors abound that Disney has considered rebranding one of their storied resorts to better compete with the much newer property. I should add that a cheaper solution is available at about $350 per night for folks who want the patrician experience without the same cost. That’s the Villas of Grand Cypress, THE highest rated hotel in Orlando at the time of publication. It has the rarest of rare 5 out of 5 review rating on Tripadvisor after more than 1,300 reviews. 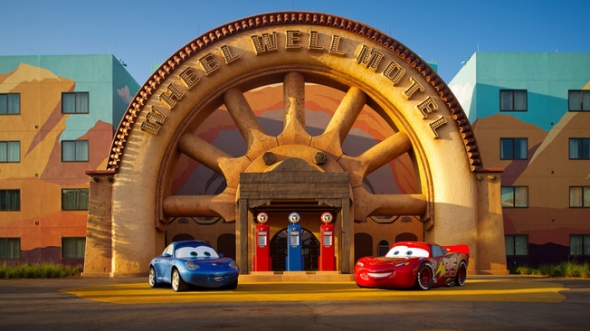 Image: DisneyHere’s something that might surprise you about the Tripadvisor rankings. Disney resorts are eligible for this list. Somehow, none of them makes the top ten, although Disney’s Animal Kingdom Lodge finishes 11th. That means the other five hotels all win the reviews comparison by default since all but one of them are graded in the top 10 overall.

As I mentioned, the highest graded one is Villas of Grand Cypress. The Four Seasons finishes second overall, while Hampton Inn Orlando claims third. Floridays is fifth, and the Embassy Suites is the lowest comparison at 14th overall. Since the nightly rack rate at Animal Kingdom Lodge is around $300 per night, four of the hotels are better reviewed, and half of those also cost significantly less, a worrisome strike against Disney resorts.

You didn't mention the benefit of free parking at the theme parks. If you drive to the parks from off-site, that is another expense to factor in.

It's no comparison in my book. I've rented 3BR/2BA/2car garage homes with it's own private swimming pool less than a 10 min drive from Disney for $89 a night through VRBO. I've also stayed once at one of the Disney Value resorts. The room itself that you get is no different that any other hotel that you can find for way less than the $100-143 that Disney charges, so those supposed 'free benefits' of staying onsite are not free, they are built in to the price. I'll pass.

As an advocate of staying on property, I wanted to add a few other "perks" worth mentioning:

Disney's Magical Express - Not having to worry about luggage while traveling, especially with a larger party, is wonderful.

Theming - No one does theming better than Disney, and staying on property complete immerses you into the fantasy of the vacation, especially with children. While even the luxury hotels off property are nice, they aren't Disney, and they don't give you that immersed feeling of being somewhere completely magical.

Magic Bands & Fast Passes - Even though you can buy magic bands if you are staying off property, you still have to link everything to your MDE and the band. When you're on property, your band is included, and already linked to your reservation. Staying onsite also gives you the opportunity to booked your fast passes 30 days prior to those not staying on site. For must do rides like Frozen, Seven Dwarfs and Toy Story Mania, this can be the difference between a 15 minute and 120+ minute wait time, especially during peak season.

The only time I've stayed off property (as an adult) was the one vacation we did to Universal. Even though the hotel offered transportation, it was spotty at best. We ended up using taxis much more frequently, which really added up $$ wise. Plus, there was a daily "resort fee" that isn't charged until you get there, for the extras that are included already on Disney property (IE - use of pool/water areas/entertainment areas) which we had to pay, but never used anyway. And the room was just dingy in comparison to Disney.

I'd personally rather pay the extra money for all the perks, but mostly for the immersion experience of truly being in the most magical place on earth. And an extra $25-30 a night is completely worth that for our family.

For my family, the buses are the deal breaker. We stayed on property this past fall and I have been looking at offsite hotels for a future stay to save money. In the mornings on our last trip, we would drive to the parks with a two year old and a stroller. My husband and son would take the bus back to the resort for a nap, while I would enjoy the park. Then after we spent the evening together, I would drive my son back to put him to bed and my husband would take the bus back whenever he wanted. It was very convenient. From what I could find when looking at offsite hotels, many of the buses have to be scheduled, run infrequently, only allow umbrella strollers and may only go to certain parks. If you want to drive, you have to deal with off property traffic and have to pay a parking fee at Disney every day (plus any parking fees at your hotel). If I had teenagers and knew we would be at the parks open to close, transportation wouldn't be so important. But with a little kid that naps and goes to bed early, the convenience makes up for the extra expense.