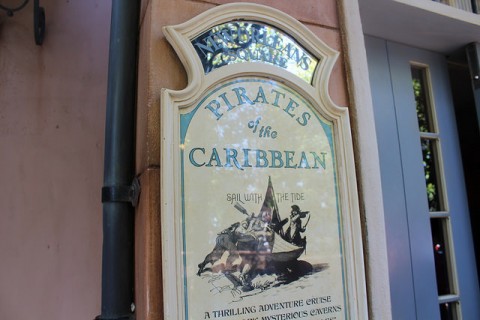 But all the Hollywood glamor and box office success began with a single Disneyland ride, originally intended as a walk-through. Here are some fascinating facts about the origins of that first Pirates attractions that you probably didn’t know. 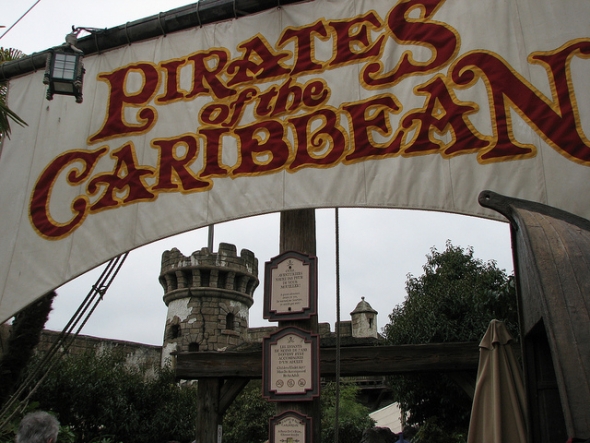 The original concept for Disneyland’s Pirates of the Caribbean was a guided tour through a wax museum. WED had even gone so far as to put in the steel to build the museum in New Orleans Square. However, construction for the project went on hold while Walt and Imagineers focused on the New York World’s Fair. Experiences at the fair solidified the importance of moving attractions dubbed “people eaters,” and the park operators came back to the project with a keen eye for developing something that could push people through as quickly as possible.

Claude Coats had long ago suggested turning the Pirates attraction into a boat ride, but Walt dismissed the idea, saying “…it would be too dirty and cause trouble.” However, he later suggested that they use boats and real water to increase guest capacity. Giving Walt credit for the idea, Coats responded with, “Gee, do you think that’ll work?” 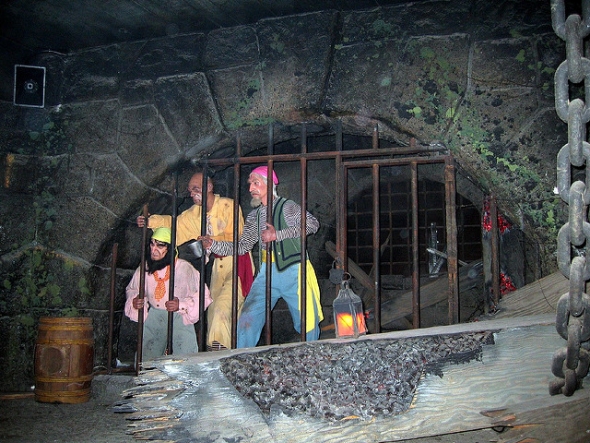 Xavier “X” Atencio was called on to script Pirates of the Caribbean, though his experience was in the Story Department as a sketch artist. Researching his first script writing job, Atencio turned to classic pirate films including The Sea Hawk, Captain Blood, Captain Kidd, The Buccaneer, and Blackbeard the Pirate. The tone of these films, and the wording of the dialogue in particular, went on to greatly influence how Pirates of the Caribbean was scripted.

Yo Ho, Yo Ho, A looping tune for me 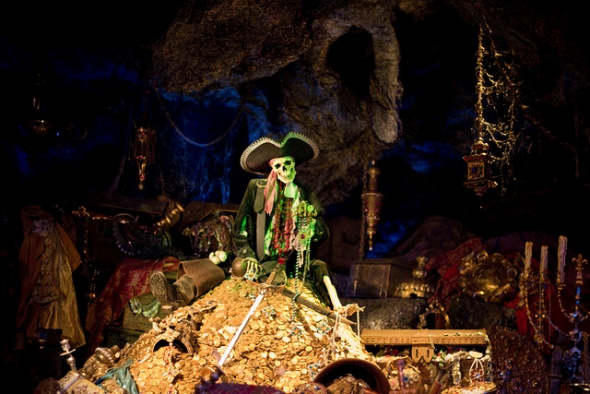 X Atencio also ended up scripting the signature tune, “Yo Ho (A Pirate’s Life for Me),” set to music by George Burns, who also did “The Ballad of Davy Crockett.” The song is unique because it doesn’t have a distinctive beginning or end. Guests may enter and exit the song at any point, due to the nature of the ride system. Therefore, Yo Ho must loop seamlessly, and sound engaging no matter where you pick it up. Every verse needed to have the strength to stand on its own.

The final piece was delicately timed so that guest wouldn’t feel overwhelmed or confused. It’s perfectly arranged so you hear enough of it for it to make sense, yet it doesn’t loop so quickly that you’re bored with the repetition. 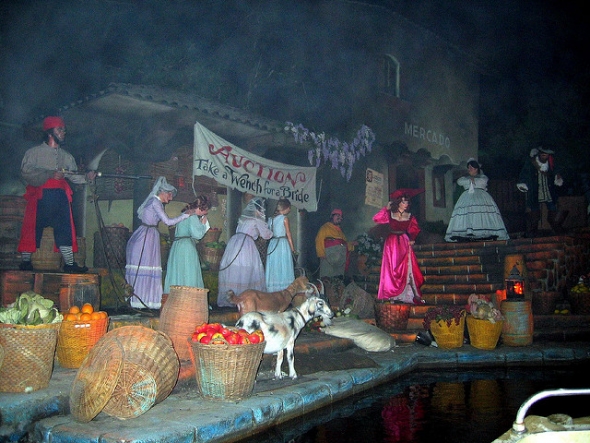 The characters in the Pirates attraction were originally going to be modeled after famous historical pirates. However, Blaine Gibson ultimately decided to get his inspiration a little close to home. The pirates in the attraction are composites of real people that Gibson and other sculptors knew, some of them employees inside WED at the time. The auctioneer is only a thinly veiled caricature of one Imagineer in particular, though Gibson refused to divulge the name.

Beneath the Redhead’s dress 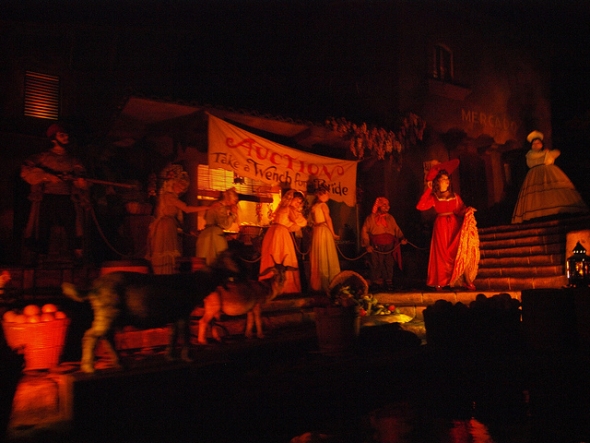 The pirates attending the famous auction scene in the attraction are no doubt anxious for a glimpse of what’s underneath that stunning dress on the redhead. However, even these brazen characters may be cowed by their discovery if they really got a look beneath the gown. Costume Designer Alice Davis had a challenging job during the development of Pirates because there was very little in the way of form for the unseen body of these characters.

In Jason Surrell’s book, “Pirates of the Caribbean, From the Magic Kingdom to the Movies,” she’s quoted saying, “The redhead was a real problem because from right below her bust to her hips there was nothing but a two-inch tube.” The problem was solved by crafting a stiff corset that would serve as her body from the bust to the hips. In reality, she’s hollow inside.