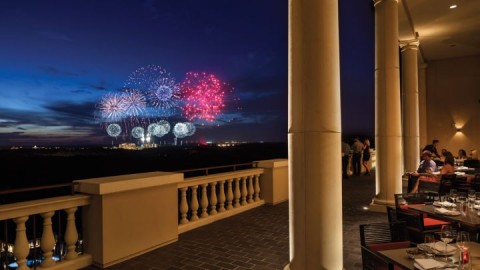 We all know Walt Disney World is one of the best resorts on the planet for incredible food and drink. Outside of a handful of world class cities, you'd be hard pressed to find a place where so many amazing dining options are so close by.

But we all know about the amazing options like Jiko, California Grill, Le Cellier, and Narcoossee's. We even know about the under-the-radar spots like Olivia's, Kona Cafe, and the brand new Tiffins. Is there any stone left unturned in the Walt Disney World food scene?

The answer is yes, there is.

There are a handful of hotels on Walt Disney World property that are not owned by Disney. Some of these hotels, such as the Disney Springs resort area locations, are rather basic. Others have dining options and lounges that rival any of the Mouse's.

Let's take a look at a handful of these options that are as off-the-beaten-path as you can get. They're all fantastic and unique, and you've almost certainly never tried all of them: 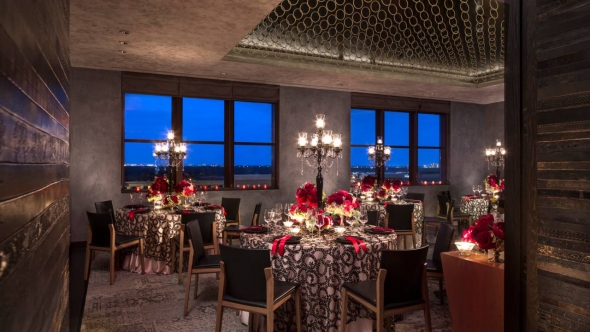 To a Disney fan, the word “luxury” conjures images of a table beside the Seven Seas Lagoon, watching the Electrical Water Pageant float by while you enjoy some delicious halibut. To non-Disney travelers, luxury usually means something like dinner high atop the 17th floor of a Four Seasons resort.

Well, Disney actually has one of those too.

The Four Seasons opened at Walt Disney World in 2014 and, if you can believe it, offers even more high-class accommodations than Disney's Deluxe resorts. But in addition to these fancy rooms and suites, the Four Seasons operates a slate of restaurants and lounges, and each of them is worth exploring.

Capa offers dinner and drinks in its space on the 17th floor of the resort, including a fantastic outdoor lounge. The menu is a modern steakhouse construct, but with a very heavy Spanish influence. Heavy beef cuts such as a bone-in ribeye and a New York strip serve as the backbone, but there's plenty of seafood, chicken and veggies as lighter fare.

But what makes Capa special is its breathtaking view.

The Four Seasons is tucked just behind Fort Wilderness, meaning guests have a view of the Wishes fireworks show at Magic Kingdom. While it's not quite the front row seat you'd enjoy at California Grill, it's a much easier place to get a table. Plus, with a full bar featuring plenty of Spanish wine, an after-dinner drink with some fireworks is about as good as it gets. 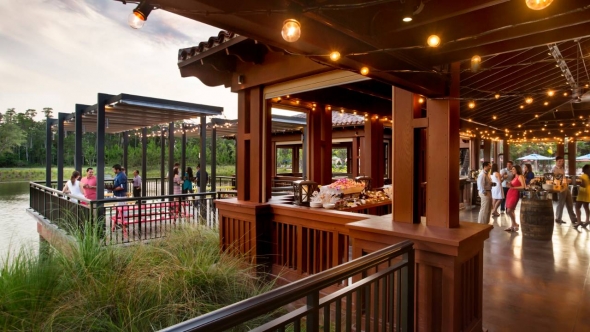 If you're looking for something a bit more casual, the Four Seasons still has you covered.

PB&G is a pool bar, but the fanciest pool bar you'll ever come across. It features a gorgeous covered seating area with a charming bar and picnic table-inspired seating by the pool. The scenery is as relaxing as Florida gets, with water and nature all around.

But unlike many other pool bars, the food here is really quite delicious.

Featuring southern-inspired flavors, the menu has both casual light-lunch options and more elevated, refined entrees. There really is something for everyone: From a classic burger, to a deconstructed gyro, to fish tacos and Andouille sausage.

If you're looking for a break from the Magic Kingdom, and truly want to be far away from the action, hop in an Uber and stop by PB&G. You can slow things down (and enjoy some table-top s'mores for your trouble) at one of the best outdoor dining locations in Orlando.