I stood at the entry point to Epcot. The glorious 18-story tall geodesic sphere guests have lovingly nicknamed the silver golf ball lorded over me. It promised another journey on my favorite attraction at Walt Disney World, Spaceship Earth. Only one thing stood in my way. An infernal blue light blinked on the fingerprint identification sensor. The Disney cast member, one whose favorite character is clearly Grumpy, looked on disapprovingly. In her mind, I was a con artist trying to cross over into Disney territory without first paying the appropriate toll.

All I could do was look down at my MagicBand, glumly swearing that I had performed the odd scientific ritual required to turn the light green. We tested one another’s resolve through steely glares, and she eventually relented, allowing me a fourth (and decidedly final) attempt. This time, the contours of my index finger finally aligned with the system’s recognition software. The employee stepped aside and ceded me entry to Epcot, albeit grudgingly. And in that moment, my dislike of MagicBands crystallized.

Yes, as much as I consider myself an early adopter and adore emerging technologies, I have a few bones to pick with The Walt Disney Company. The MagicBand is one of the greatest ideas anyone working for/with the corporation has ever had. It’s also among the most divisive. Guests like me love its convenience, but we lament some of its functionality. We also regret how dependent we are on shaky technology.

Had I not been able to turn the light to green that day, the cast member openly bragged that she would turn me away since I hadn’t remembered to bring identification. It’s that reliance on the Magic Band that causes it to seem like a double-edged sword. Here’s my list of problems with the Magic Band and a suggestion as to what Disney should consider to solve each concern. 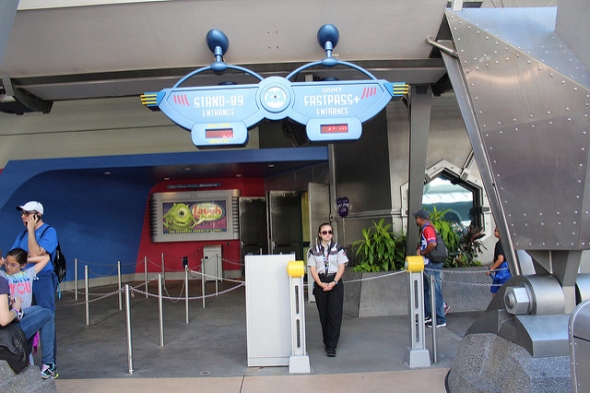 This statement isn’t universally applicable, and I’m not even sure it’s the majority opinion. The cast members who do feel this way are passionate on the subject, though. It’s something we’ve noticed over the past few years.

Whenever we try to pay for meals with them, the server inevitably wonders aloud whether their machine will work or not. Oftentimes, they’re right to worry. Even when it works for us, they relay tales of angering other guests who weren’t so fortunate. Sometimes, the machines just don’t work for the day, which opens an entirely new set of troubles. And when you’re the unlucky guest who has the machine break on them, you have to try several times only to be told that they’ll handle your bill the old way. That SHOULD NOT happen.

For whatever reason, the Magic Band struggles in its interactions with the portable handheld devices that servers carry. The pass code won’t take, the transaction won’t authorize, or the machine will randomly reset as if no handshake attempt has been made. Think about how you would feel in your day job if one of the key tools of your trade were unreliable. It’s got to be MADDENING.

What’s the solution? Look, technology has to work for it to provide utility. Disney Imagineers have to go under the hood to determine why the handshake interactions are unreliable. The fault very well may be with the cast member devices rather than the Magic Bands, but it’s impossible to say without a massive amount of testing. That’s a trying task for a wide swath of electronic devices that are already in the wild.  Disney might need to plan the obsolescence of the current Magic Band V1.0 while testing its replacement (and accompanying handheld) behind the scenes. The current version seems too broken to fix. 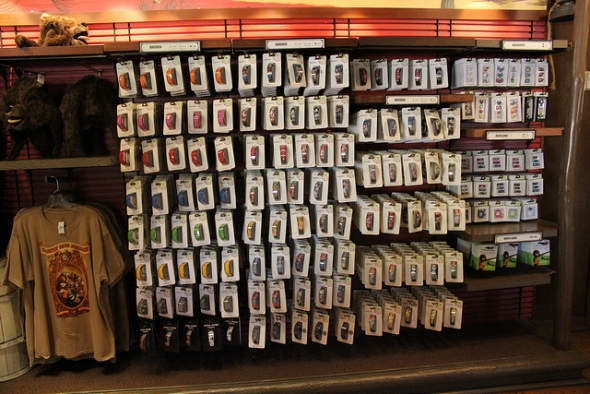 I call this the Unopened Door Scenario. Correct usage of the Magic Band seems to depend on height. Contacting the band to the door lock is reliant on the correct angle of use. Otherwise, the chip won’t trigger the lock release. Height seems to play a critical factor in this process. Perhaps we’ve had an easier time noticing this than most guests since I’m a foot taller than my wife.

At a couple of Disney resorts, she’s stopped trying to unlock the door. At 5’2”, she struggles to place the Magic Band at the appropriate angle. Now, I should stress that this is anecdotal. I’m speaking only of our personal experience. The average adult female is 5’4”. I have to believe that if doors failed to unlock this consistently for all women, the story would receive intense media coverage. Still, the fact that my spouse can’t reliably open the door to her room at Walt Disney World is a huge problem.

Disney has to find a way for the RFID chip to unlock doors from any angle. Readers who live at or visit gated communities understand that this process should be automatic. A single wave of an unlocking device is always enough to trigger the lock release. Why isn’t that true of Magic Bands? Before I suggest a solution, let me address the bigger picture.

I've seen a lot of finger print fails the past three years.Our first year with an annual pass ('15) was a nightmare. Multiple fails at entry at MK and Epcot on different days. I spent two hours with Guest Services on two occasions trying to consistently have one band or the other generate a green light on the test device. This year only problem was initially at the hotel, but was soon corrected.

We learned to keep the cards with us as back up.

We just finished our 3rd 10+ night WDW Vacation since Magic Bands were introduced.

During those 30+ days of constantly using the Magic Bands, we've had exactly "zero" problems. Zero.
I'm 10 inches taller than my wife.

I'm shocked by your experience. And to be completely frank.....don't believe you.
.

Well Frank.....I thought the article was quite informative. I'm sure the author is not concerned whether you believe the statements. I'm sure you dont believe this pandemic occurring in 2020 is real either.

I have been onsite for like 30 days with magic bands and never once had any of the issues you are talking about. I have used several bands during that time and with all my family (so lots of bands). We use them for everything too.

Good article, Just a minor correction. It was not the Galaxy S7 that was recalled for technical issues. It was the Galaxy Note 7. Two totally different phones.